Snake Safety: What to do if you find a snake in your home

Officials recommend people stay calm and act fast if they find a snake in their home, for both its safety and your own. 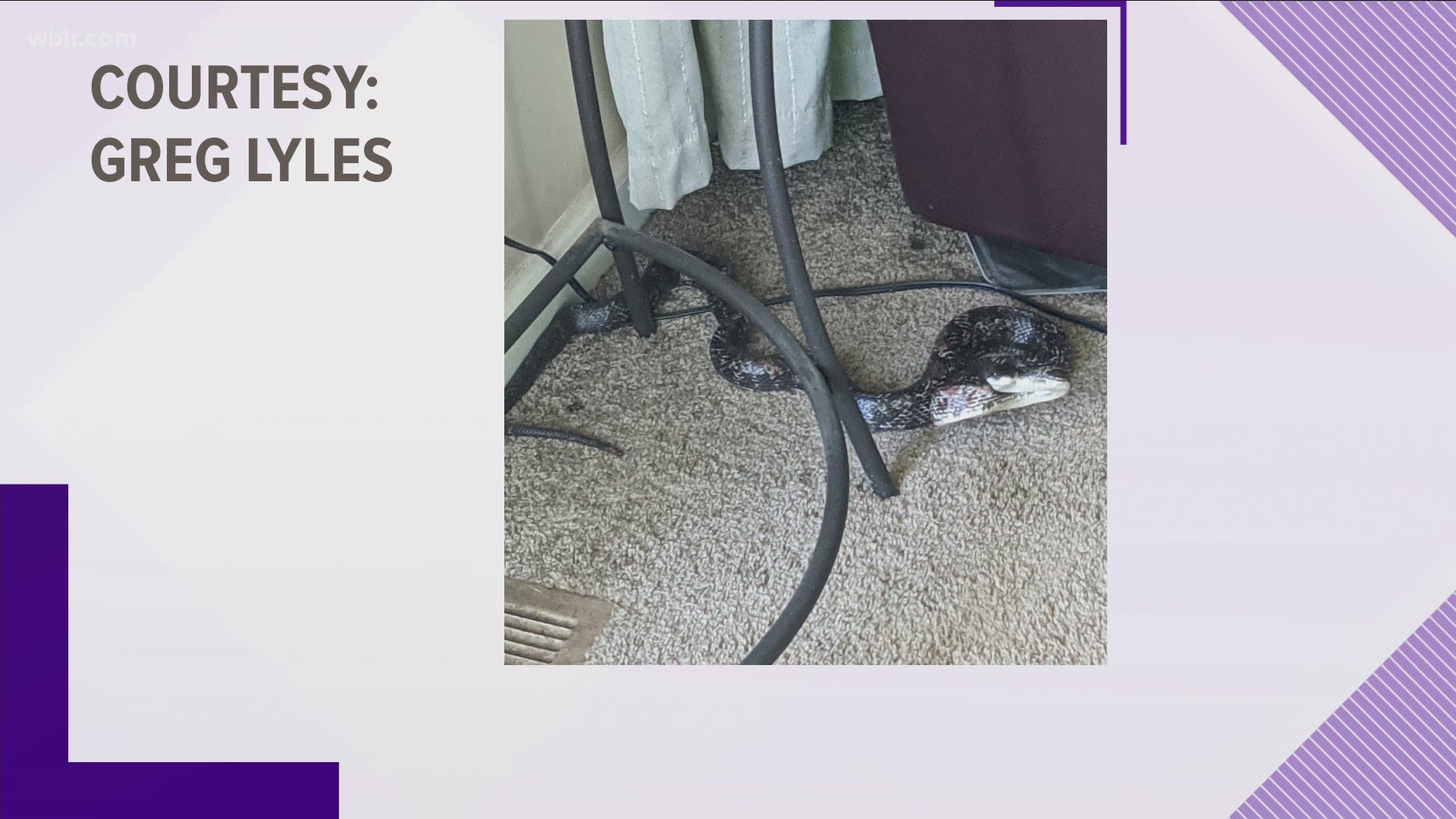 KARNS, Tenn. — Warm weather brings out all kinds of animals, and some of them can end up in people's homes. Most of the time, these are just annoying critters like flies. But on Saturday, a man in Karns found a snake slithering along his carpet.

Luckily, there are only two venomous snakes in East Tennessee and neither looked like the one he found. Instead, officials said a grey rat snake managed to find its way into his home. They are common in the region and are one of the largest snakes in the U.S.

Phil Colclough, Zoo Knoxville's director of animal care, also said they are harmless to people and can be great for controlling rodents in a person's home. However, just like any wild animal, he said they may try to escape or bite people if they feel threatened.

Although a bite from a grey rat snake may not feel pleasant, he said that they are not venomous and are not likely to severely hurt someone.

He said that the best way to remove a nonvenomous snake from a person's home is to lay a garbage can on its side and use a broom to sweep the snake into the can. Then, people can move the can outside and set the snake free.

He also said that mothballs do not work to deter snakes, contrary to some popular beliefs. The best way to keep snakes out of your yard is to remove their habitats by cutting down on brush and trash piles and to get rid of rodents, since they may be attracted to the food source.

Officials also urged people to act fast if they find a snake in their home, for its snake and for their own. People should stay calm and avoid disturbing the snake since it could drive it into hiding. They can try to sweep it into a garbage can if they believe it is safe.

If not, they can put an empty garbage pail over the snake with a weight on the top to trap it there.

Then, if they believe the snake is venomous, they should call an expert for help. The phone number for Knox County Animal Control is (865) 215-2444.