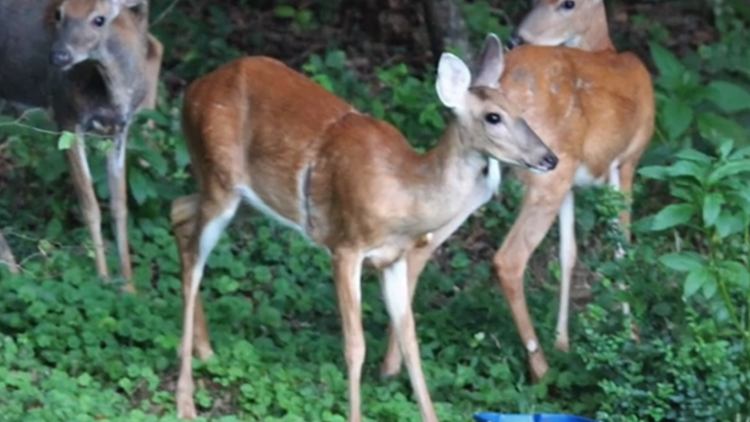 TWRA: Doe wrapped in wire rescued in Oak Ridge after being spotted by several residents

OAK RIDGE, Tenn. — A yearling doe with wire wrapped around its torso was rescued in an Oak Ridge couple's backyard on Aug. 1, according to a Facebook post from the Tennessee Wildlife Resources Agency.

The post said Oak Ridge resident Nichole Zawisza noticed a doe in her neighborhood with wire wrapped around its torso that was cutting into its sides and chest on July 13. Other residents, including Kathy and Mike Henley, also spotted the deer and contacted Tennessee Wildlife Resources Agency Wildlife Officer Sgt. Roy Smith.

At around 1:30 p.m. Tuesday, Kathy Henley texted Sgt. Smith, saying the deer was in her backyard eating corn that Zawisza had placed to attract the doe close enough to be darted, according to the post.

TWRA said the Henleys then invited Sgt. Smith to come through their house and stand on their back deck to get a clear shot.

He was able to immobilize her with a tranquilizer dart within 30 yards of their residence and remove, what he believes to be, wire from the top of a tomato cage from her torso, according to the Facebook post.

The post said when the doe revived, she walked off into the woods to rejoin the herd.

TWRA said it wants to thank Kathy Henley and Zawisza for keeping Sgt. Smith posted on the deer’s whereabouts, which made a successful outcome possible.