Aggressive bear behavior has closed down a shelter in the Great Smoky Mountains National Park. 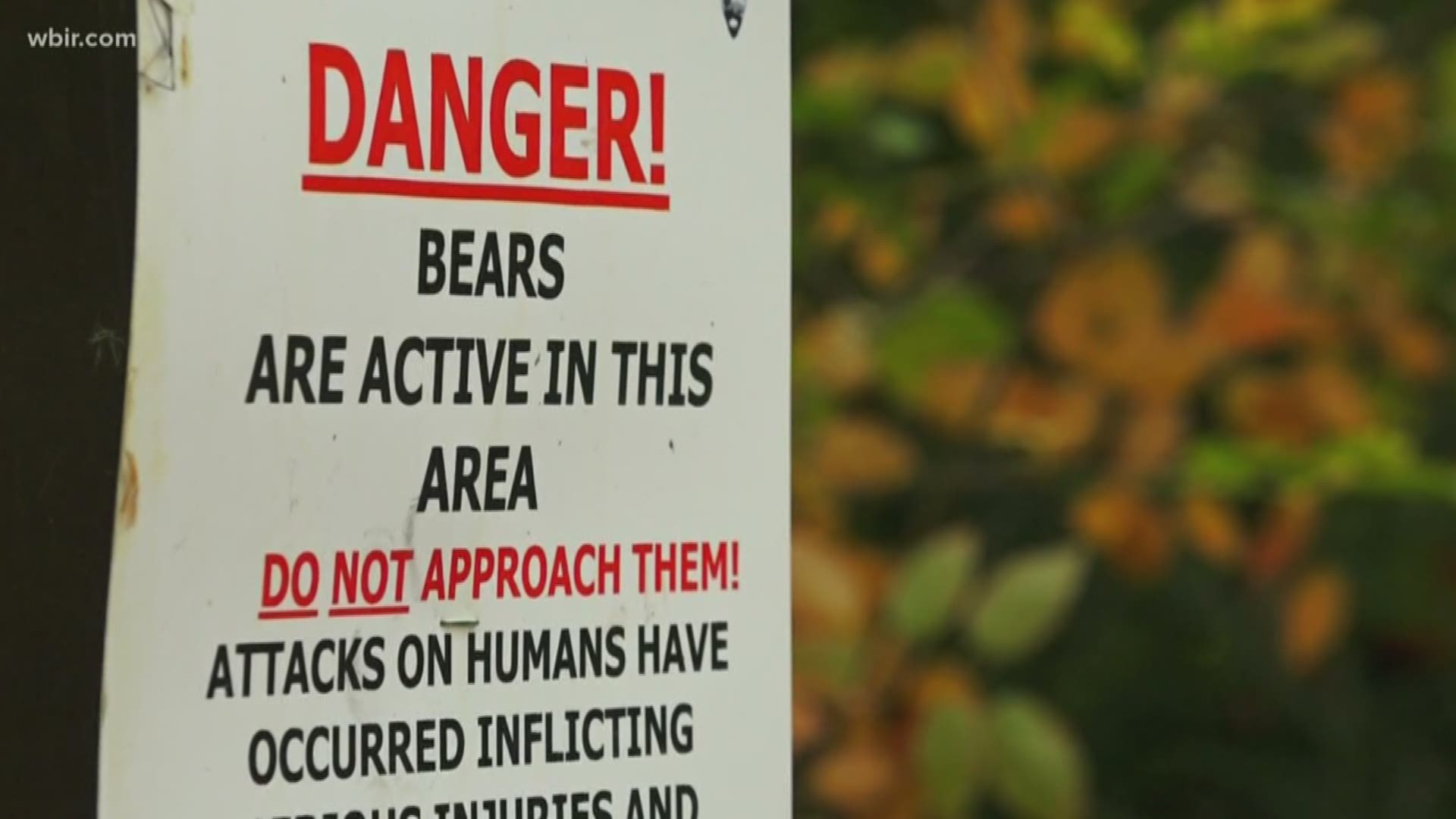 LeConte Backcountry Shelter closed Thursday, according to park officials who cited a series of incidents of young bears trying to get inside in search of food and garbage. The closing is temporary, but done out of caution.

It's normal that sightings are up this time of year as bears prepare for the winter haul, but what exactly does aggressive bear behavior look like? Not all bears are aggressive, but they are wild and unpredictable, and it's important to know what to look out for before you head to the park.

Whether you're hiking, camping or just driving through, there's a good chance you'll spot a bear in the Smokies this time of year.

Park officials said the shelter closure serves as a reminder for visitors to be more mindful of their own habits in the park.

Park ranger and spokesperson Dana Soehn said "aggressive behavior" in bears doesn't necessarily mean physical aggression -- it's when they approach people without fear or attempt to break into cars, tents, shelters or other structures in search of food and garbage.

She said the young male bears at the backcountry shelter were doing just that.

Park officials issued a bear warning, trapped two bears they think were involved and used aversive conditioning techniques. The released them with GPS collars, saying both well moved outside the area afterward.

But an incident Wednesday night with a third bear caused property damage and prompted officials to issue the closure.

Ed McAlister at River Sports Outfitters recommends his customers to carry one small item at all times in case a bear begins to approach: a whistle.

"Every pack almost has a whistle on it," he said.

You can either buy a backpack with a whistle on the strap, or a small whistle to put around your neck.

There are bear warnings out for a trails, campsites and a shelter where bears are currently active:

If you spot a bear, don't approach it and slowly back away increasing distance. If it approaches you, use loud noise to deter it and move to higher ground.

More tips can be found here.