A portion of ticket sales Monday went to conservation efforts. 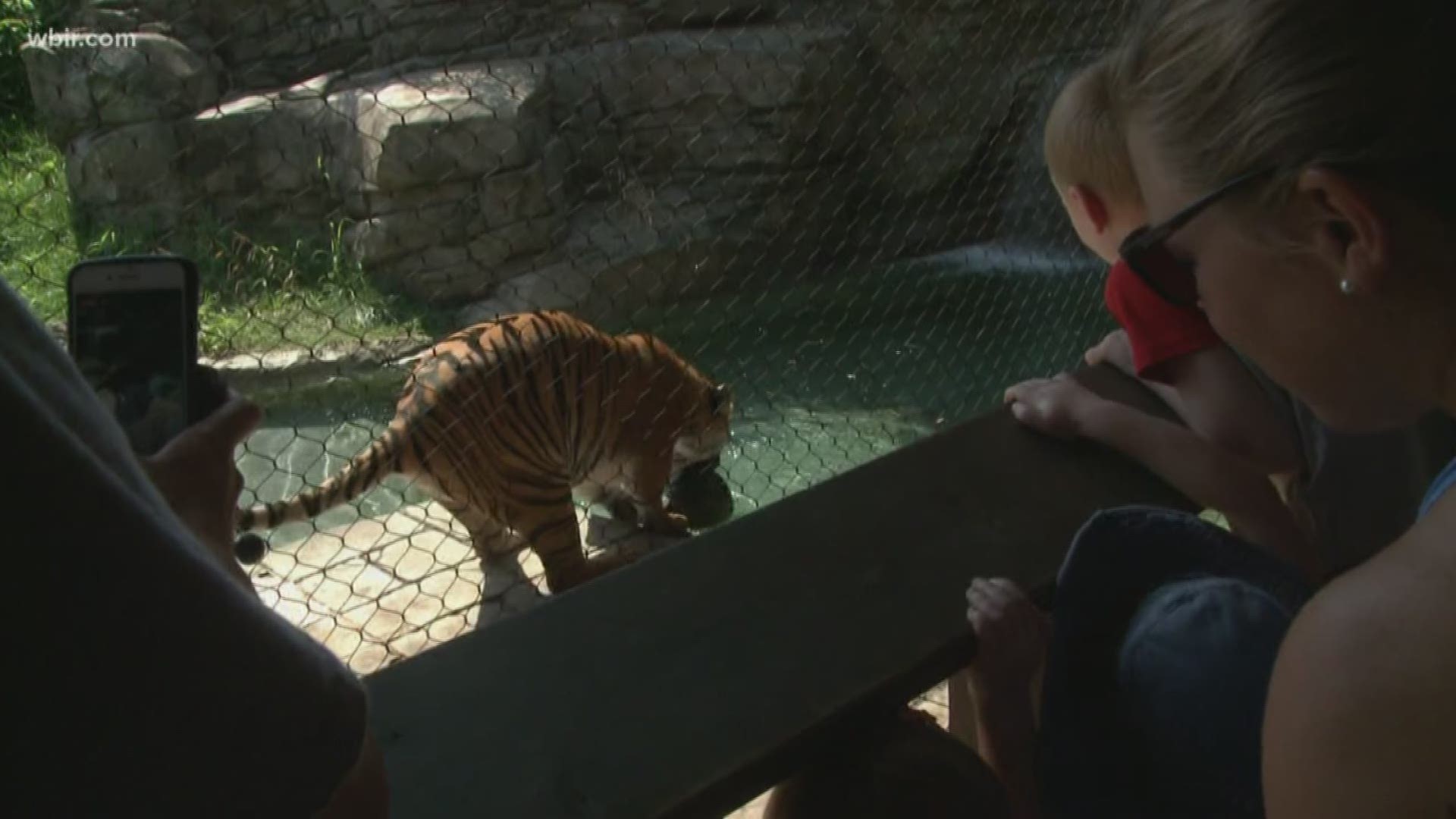 The zoo hosted several activities with their tigers, including pole climbing and throwing a tasty watermelon into their pool.

Zookeepers with the Asian Trek exhibit said activities like these help simulate the hunting tigers would do in the wild.

"It's extremely important that we treat them like their wild counterpart. We make sure their diet is clean and nutritious but we give them enrichment every day multiple times a day," zookeeper Sydney McCartt said.

The zoo said activities like these are also great for guests because they get to see the sometimes-elusive animals. Tigers actually sleep 18 to 20 hours every day.

A portion of ticket sales Monday went to conservation efforts.

Guests also learned about the impact palm oil production has on endangered tiger species and their habitats.

According to the World Wildlife Foundation, critically endangered species like the Sumatran Tiger are holding on for survival as palm oil and pulp plantations caused deforestation of more than half Sumatra's forests in the last 40 years. According to the WWF, Indonesia's tigers now number fewer than 400.

Likewise, Malayan tiger species are also critically endangered due to poaching and deforestation.