Zoo Knoxville welcomes a bright orange baby langur, and cute is the word!

The little guy is clinging tight to its momma for now, but is healthy and doing well! 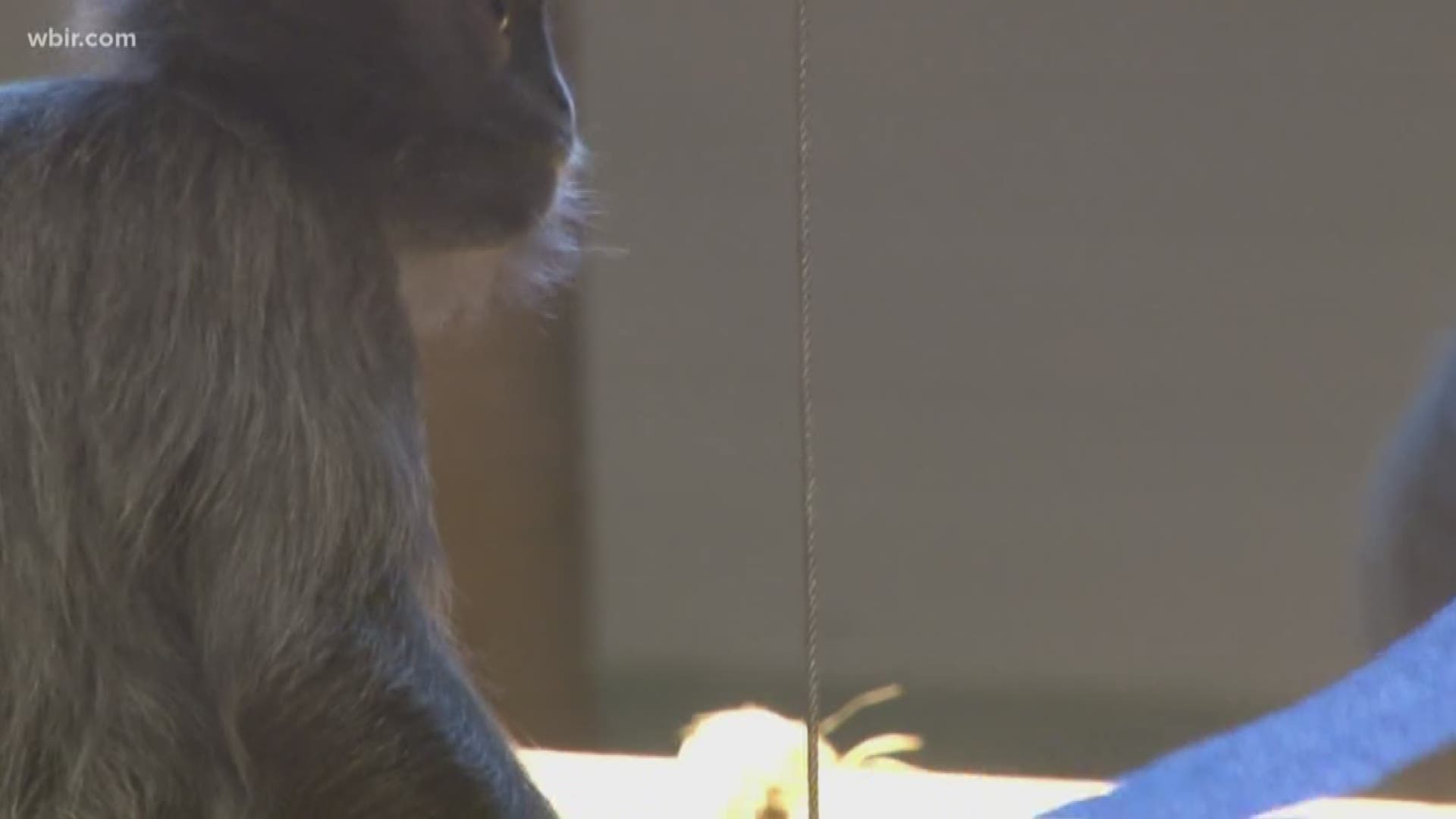 KNOXVILLE, Tenn — How cute is this little guy!!

Zoo Knoxville is celebrating a new arrival in the silvered leaf langur troop. A bright orange baby was born on Nov. 30 to parents Lucy and Walter.

In addition to its watchful mother, staff members are keeping a close eye on the infant, but it's healthy so far and nursing well. It will keep that striking orange color for three to six months, then it's fur will turn darker like the rest of the family.

Keepers don't know yet if it's a boy or a girl.

It is the second langur baby to be born in Knoxville since the zoo began working with the species in 2017. You may remember the story of little Opie, who was a complete surprise for zoo staff.

They had no idea one of the langurs was pregnant until they noticed the tiny orange miracle baby clinging to its mother right around Christmas.

Opie is still at the zoo, along with Walter, Teagan, Melody, and Lucy. The zoo says all of them will pitch in and help take care of the baby in a social practice called allomothering.

The baby will be on public view in the Langur Landing indoor viewing room in a few weeks.

Langurs are threatened in their native range in Borneo and Sumatra, and the southwestern Malay peninsula. Their habitat is being destroyed by logging and the development of palm oil plantations.

People also hunt and capture them to keep as pets.

The zoo says one of the best ways to support the conservation of langurs and other animals impacted by palm oil farming is to purchase products made with sustainable palm oil.