The multi-million dollar proposed museum would be located at the current site of Knoxville Police headquarters. 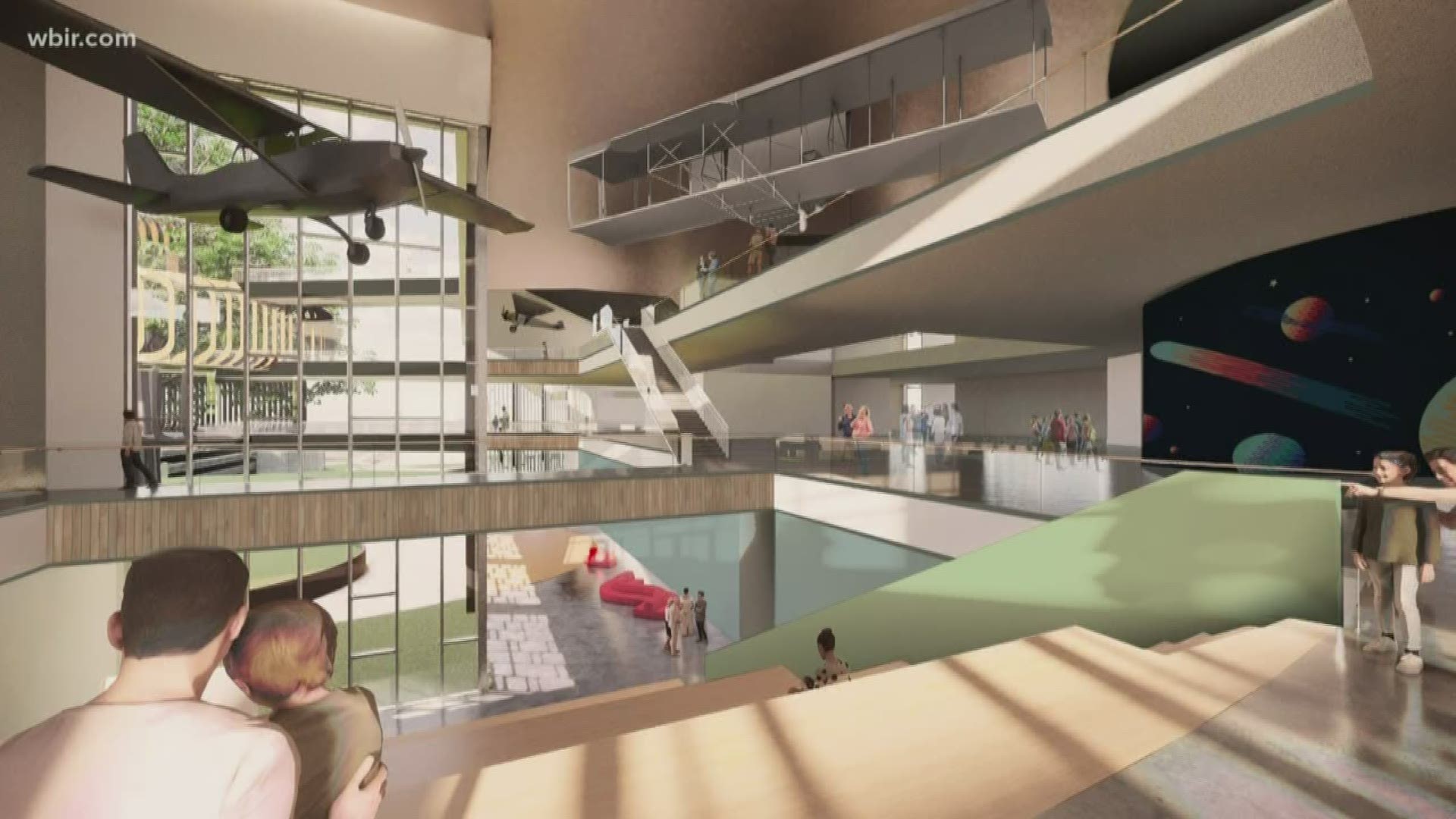 KNOXVILLE, Tenn. — The Knoxville City Council has approved two resolutions that clear the way for a new $100 million science museum.

City Council approved two resolutions -- one authorizing the mayor to execute the sale agreement, and the other approving a lease agreement -- which will allow the Knoxville Science Museum to take over the space currently occupied by the Knoxville Police Department.

The multi-million dollar proposed museum would be located at the current site of Knoxville Police headquarters at 800 Howard Baker Jr. Avenue.

KPD and the Knoxville Fire Department plan to open a joint headquarters at the old St. Mary's Hospital site in North Knoxville in the coming years.

Plans for the proposed Knoxville Science Museum were unveiled in November.

Knoxville businessman Jim Clayton has been pushing to build the $150 million dollar investment which is all funded by the Clayton Family Foundation. $100 million will go to the facility, exhibits, design and build, while $50 million will go towards the endowment for operation.

In November, city leaders and community members got a first-hand look at three different design renderings. Clayton and others toured 43 museums, not only in the UT but overseas as well, to get the perfect idea of what to bring home to Knoxville.

He has a big vision for the safety building and open space on Howard Baker Avenue.

"This is for everyone. It takes support from everyone to make this all happen and keep happening," he said. "We're very excited about this site and its central location so much has happened in downtown Knoxville in the last few years."

All three designs are visually different, but all allow the Safety Building to remain functioning until the new location is complete.

Kelly Headden with the architecture firm BarberMcMurry says 'Option 1' is the most straight forward. "It has a vegetative roof, vertical tower, interactive exhibits and observation decks,' Headden said.

'Option 2' is more handcrafted and offers greenhouse space, as the other two do not. "It involves local materials, Tennessee marble, local limestone more wood," he said.

'Option 3' encloses the most volume for more vertical exhibits.

"We're excited about the future now that design can really begin," said Headden.

From here they'll take back input and put the best features of all three into one final design.

"We appreciate the opportunity to give back," said Clayton.

With a two year construction time frame, he hopes to start construction within the next few months and to be open by Christmas of 2021.