'I died and they saved me': Woman finds, thanks 'angel' who saved her life after her heart stopped while grocery shopping

Erin Scheer finally met Rosanna Flores, one of the woman who jumped into action after Scheer collapsed in a Belton store. 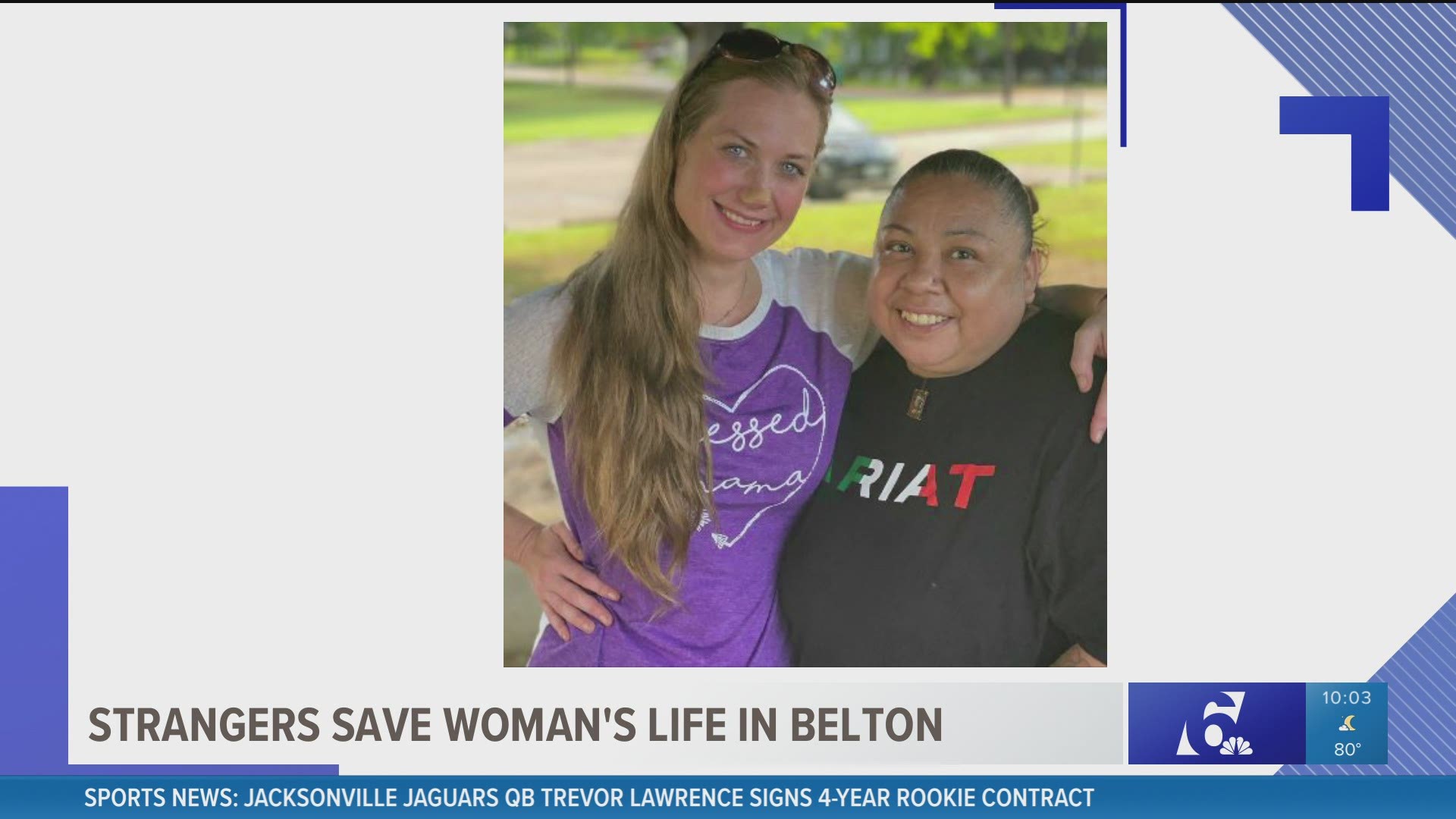 BELTON, Texas — It was a Monday inside the Family Foods grocery store in Belton when, unexpectedly, Erin Scheer's heart stopped beating and she collapsed onto the floor in front of her 4-year-old daughter, Sylvi.

"I don't even know how to process my feelings on it, especially knowing that my 4-year-old was there and what was going through her mind," she told 6 News on the phone Tuesday.

If it wasn't for the quick actions of two strangers Sylvi would no longer have a mother, she said.

Scheer said she has always had a heart arrhythmia since she was a child but she's always played sports and it's never affected her.

"My friend told me that I had been complaining of chest pains the day prior and he was trying to get me to go to the ER. But I am in school full-time, I'm a single mom and I had a test due and so I just couldn't do that [day] because I had to study and do a test," she said.

Scheer said she doesn't have any memories of that day, or the day prior, when she attended church with a friend. She's been told she was taking her daughter to the park and stopped at Family Foods in Belton when, she said, she collapsed.

That's when, she was told, two women sprang into action and began doing CPR, one on chest compressions, the other giving her oxygen in an attempt to bring her back to life.

One of those women, Rosanna Flores of Belton, was inside the store and helped save her life.

Flores said it was hard to see that because she has daughters of her own and said she stepped in to do what she thinks anyone would've done. She said she used to work in a nursing home and knows CPR, a skill everyone should have in their back pocket because you just never know.

"I feel that if more people knew CPR, they can help in emergencies because if I didn't already know it, I probably wouldn't have gotten down there to help her," she said.

Scheer said the emotions are fresh, the reality of what could have been is devastating to imagine but calls the chance that two strangers, in the same place at the same time who both knew what to do, is a miracle from God.

"What if this didn't happen at the store, what if this happened while I was driving my car -- and with Sylvi inside -- we could have crashed and we'd both be dead," Scheer said through tears. "It's terrible that it happened at all but the fact that it happened in a place where I could get help is a miracle."

Flores said she is thankful Scheer has reached out because she can't get out of her mind the screams of Scheer's daughter as she watched her mom lay on the floor lifeless and blue.

"I was afraid for her to go," Flores said, recalling the moment she knew she had to do something. "Her daughter was crying, I was trying to comfort the daughter [and] help the mother at the same time."

Scheer said she's desperate to find the other woman who helped save her and said she just can't rest until that happens.

"I can't close my eyes and sleep without knowing what would have happened without these angels next to me," she said. "It has messed with my body, my mind and my soul so much that I can't rest until these women are both found and until I show my gratitude and my love to them."