Doctors can not explain how Kelsi was able to become pregnant or carry her pregnancy. 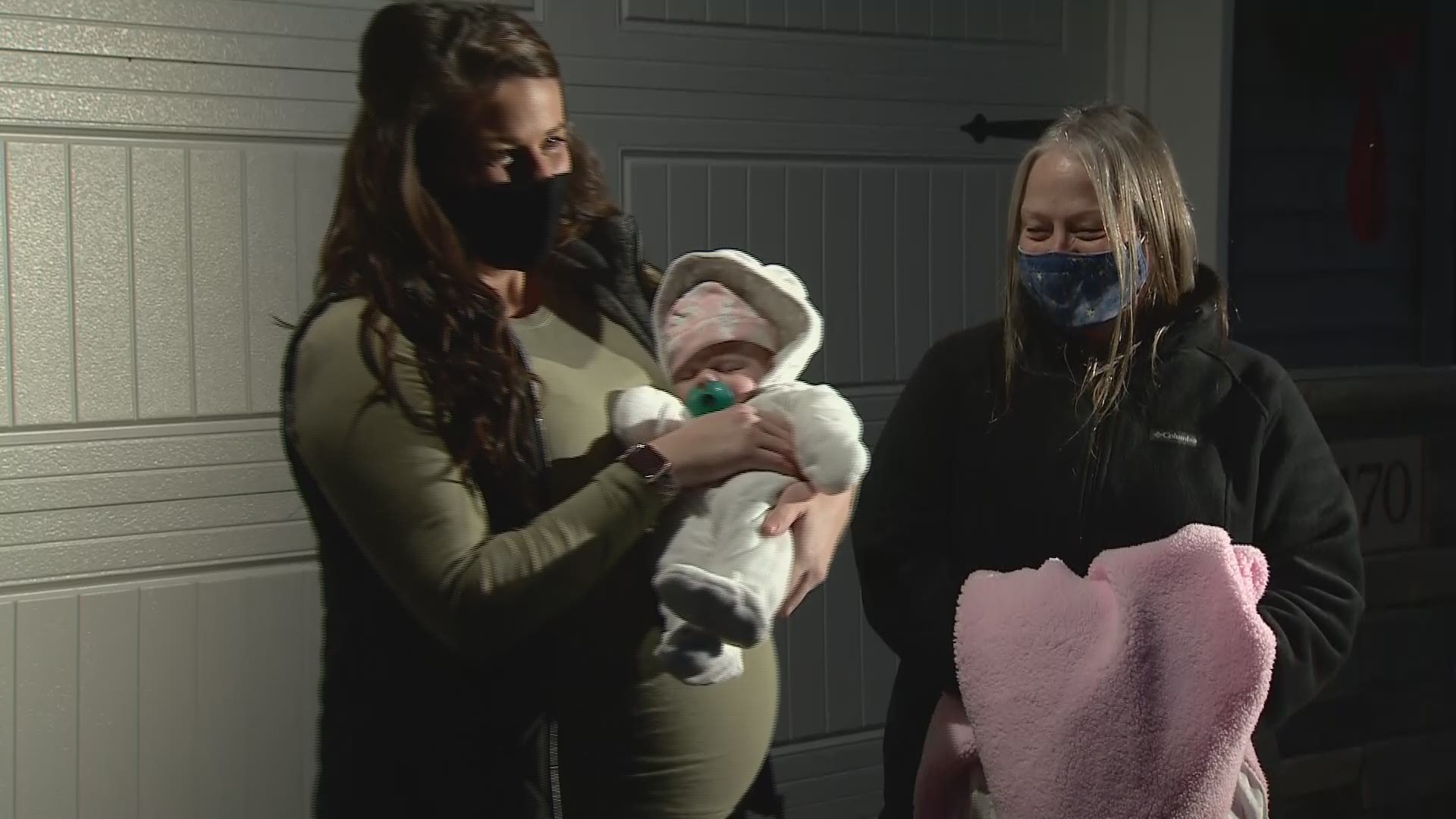 CAMBRIDGE, Minnesota — A Cambridge couple is welcoming two baby girls this fall after a series of miraculous twists and turns in their fertility journey.

On Oct. 1, Kelsi and Kyle Pierce welcomed their first daughter, Everly Rose. She arrived four weeks early but years after the couple first started dreaming of a family.

“I’ve wanted to be a mom since I was… ever since I can remember,” Kelsi said outside her Cambridge home.

But becoming a mother would take time, persistence and a medical miracle… or two.

After Kyle and Kelsi married in November 2016, Kyle, a staff sergeant for the U.S. Army, served in Iraq for nine months. Upon his return, the couple hoped to start a family. But that’s when they discovered their fertility challenges.

“I was 27. And they said, ‘Your body is kind of like someone that’s maybe in their 40s, at least fertility-wise,’” Kelsi recalled.

And so their fertility journey began, including attempted IVF, or in vitro fertilization.

“It’s unexplained infertility. But they found out both of my tubes were blocked, they don’t know why,” Kelsi said, adding that doctors soon told them they only had a couple options.

“You’re going to have to either adopt or because you have your embryos, do the surrogacy route,” Kelsi said.

But that option, the couple realized, was prohibitively expensive for them. That’s when Kelsi’s mother, Lisa Rutherford, stepped in to help.

“I said to her, you know, I’ll do it for you. I’m in good health. I think things are good,” Rutherford said on Monday.

At the age of 53 in February, Rutherford – who lives in Michigan – started carrying her grandbaby for her daughter and son-in-law. Five weeks later… another miracle.

“I bought bulk pregnancy tests, and I would just take them every month, just because I was like, there’s a miracle that could happen… I went back in to look, and there were two lines,” Kelsi recalled about the moment she realized she was pregnant.

Doctors can not explain how Kelsi was able to become pregnant or carry her pregnancy. But all this family knows, is they’ll have two girls within two months of each other: Lisa delivered Everly early after developing preeclampsia late in her pregnancy; on Nov. 23, Kelsi will be induced.

And with that, the family welcomes their blessings. Even as they acknowledge miracles must run in the family.

“It’s such an overwhelming family to know that like, wow, my mom would literally do anything for me and help make my dreams come true. And help give us this amazing blessing,” Kelsi said.