"It gave me hope" | Community gathers for city-wide prayer service amid tragedy, looking for serious change 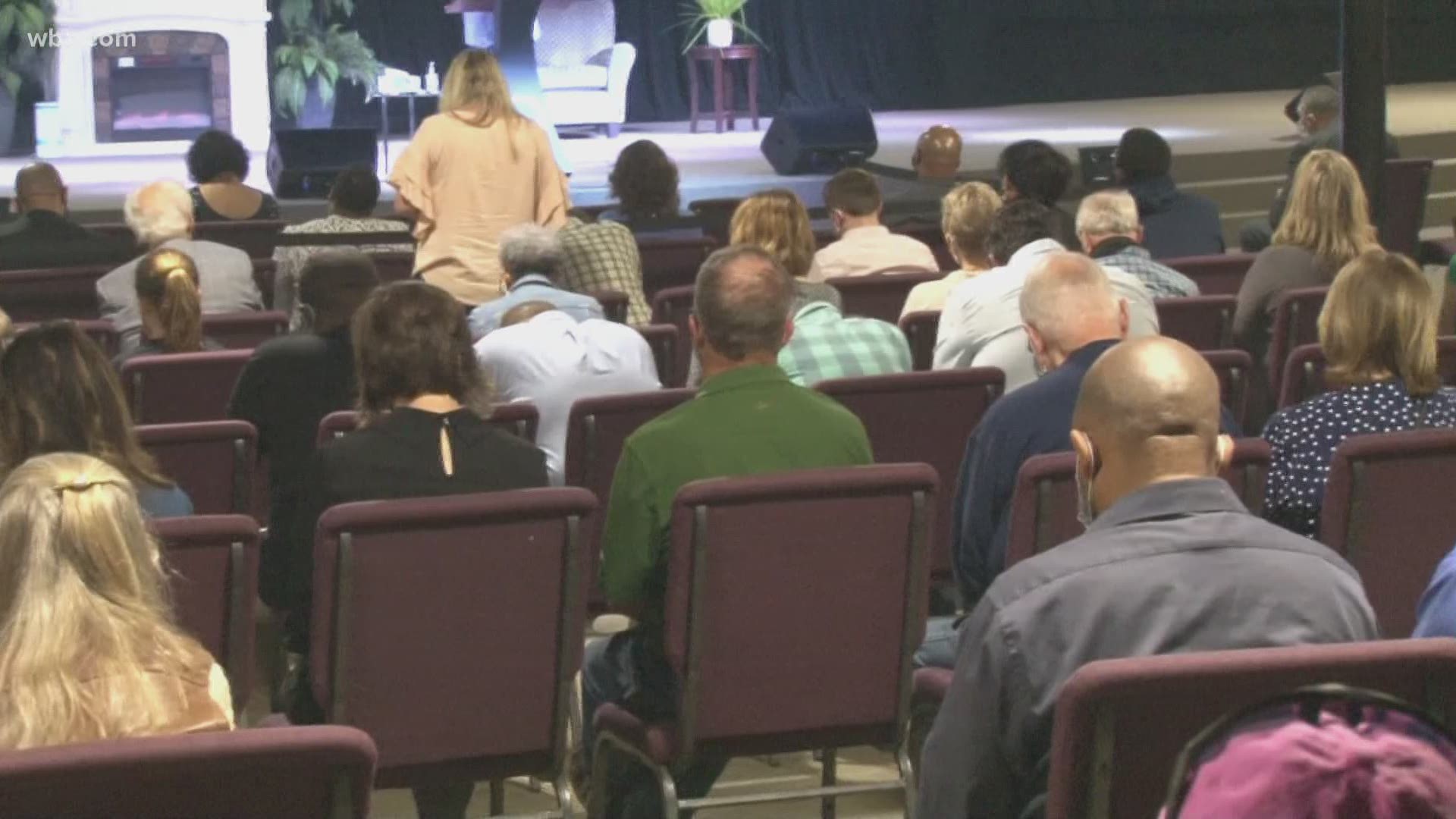 KNOXVILLE, Tenn. — A city and community pushed for change Tuesday night, following yet another tragedy at Austin East High School. More than 100 people gathered at a prayer service held at Overcoming Believers Church for a citywide service, where leaders spoke about healing, redemption and solutions.

It comes after the Tennessee Bureau of Investigation said a student shot a police officer and was killed when an officer returned fire in Knoxville on Monday.

The recent violence sparked a movement of people coming together in the city, all committed to protecting children and stopping gun violence.

The service helped unite a community that has momentum for change.

"If we don't come together that problem can never get fixed," said Aaron Solomon, who was also at the service. "The importance of the leaders here, whether that's political or church-affiliated — it's good to see us all together."

It brought together people of all ages, backgrounds and races who are leaning on their faith after the shooting, looking for a solution.

"That's where we have to come together as a community, being vulnerable in our place of sadness and hurt and being able to use that and push us to the next level and get out of the situation we're in," he said.

He said focusing on children right now is crucial, emphasizing that children should grow up in an environment where they understand they are part of a community. By showing children they are cared for, he said the community will be able to move forward.

Lewis said the community needs to hold on to its momentum. She applauds events like tonight for paving the way.

"If we don't physically see that and come together and show we all want one thing, which is change, unity, peace — then it's not gonna happen," said Lewis.

Faith leaders will come together again next Tuesday for another city-wide prayer service.