Pastors at the Pulpit: Community gathers for healing and prayer during city-wide service

Pastors and faith leaders at Overcoming Believers Church held a city-wide prayer service on Tuesday, helping the community heal after another shooting. 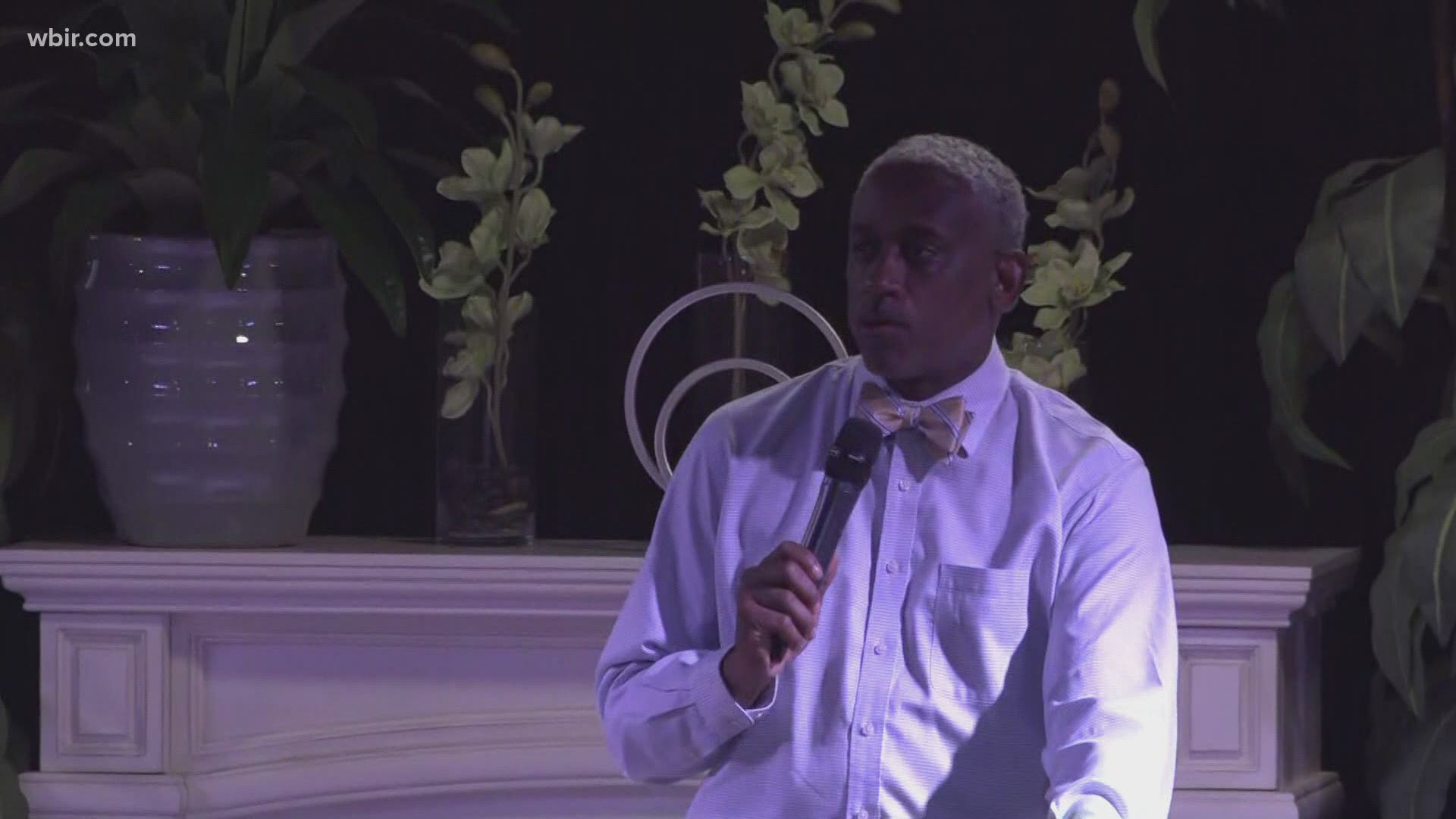 KNOXVILLE, Tenn. — The Knoxville community was in anguish yet again Tuesday, after another death of an Austin East High School student.

Police said there was a shooting at the school Monday afternoon. It ended with one student dead and an officer wounded. He was the fifth student to die due to gun violence who attended the school after four other teens died earlier in the year.

For many members of the East Knoxville community, it can seem like the violence is endless. The death reignited anxieties in the community about safety, leaving families and students wondering if kids are safe in their schools. Many called for change and solutions.

Most of all, leaders called for the community to stand together and stay strong. Pastors hoped to find some solutions during the city-wide prayer event at Overcoming Believers Church on Tuesday.

The event started at 6 p.m. and lasted around an hour, with several pastors and faith leaders taking center stage. Together, they helped give their community a voice.

"Don't let us be so worried about programs, let us be worried about our relationship with you," one speaker said. "For if we draw closer to you, you will show us the way out of this mess that we're in. We're leaning and we're depending on you."

Many attendees of the event said that they left with newfound hope and that it helped unite a community facing a growing list of tragedies.