Two churches were voted out of the convention because they were deemed too inclusive of the LGBTQ community. 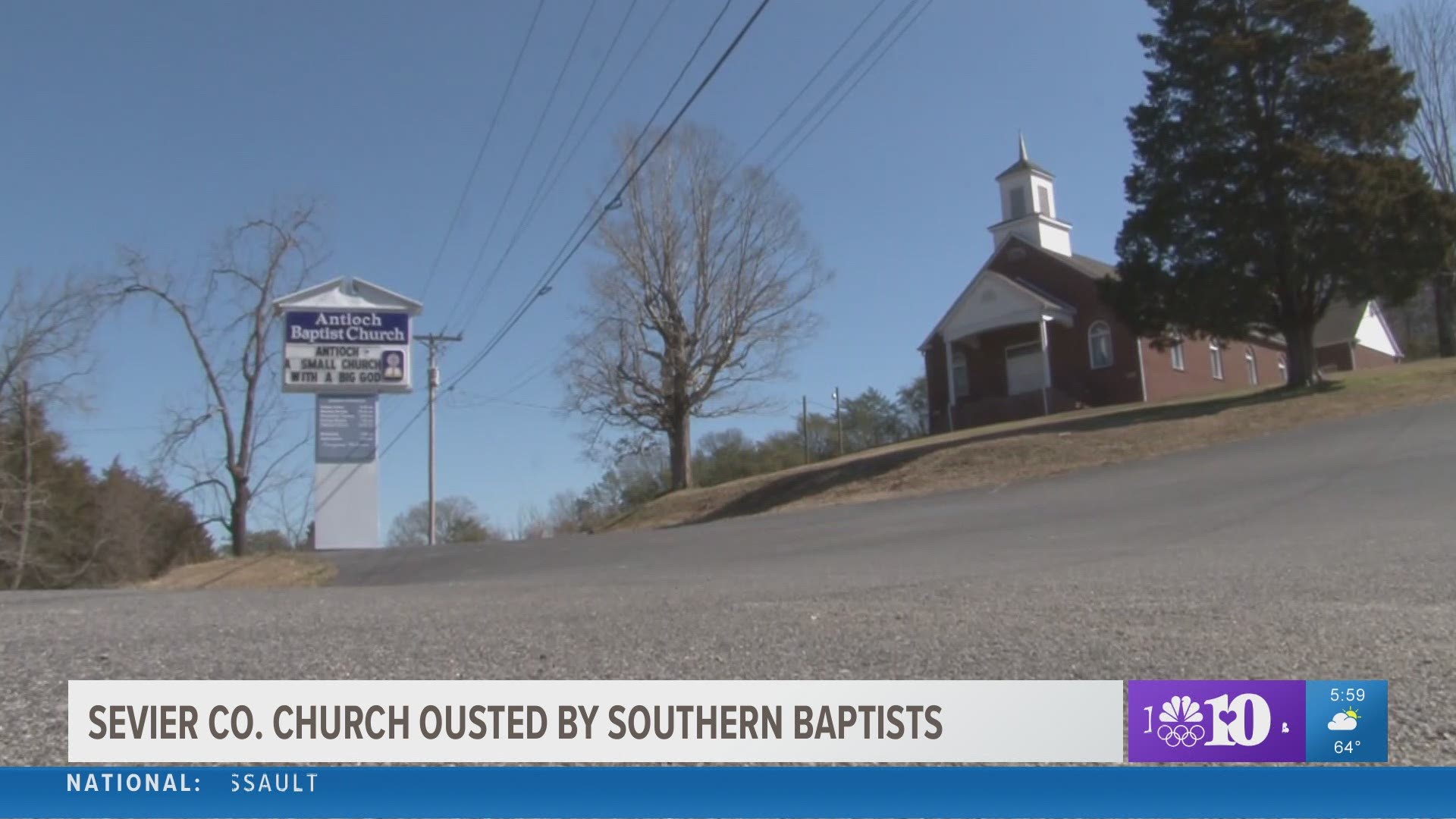 The executive committee at the Southern Baptist Convention voted to oust four of its churches on Tuesday.

Two other churches were ousted because the executive committee deemed that they were too inclusive of the LGBTQ community. They were St. Matthews Baptist Church in Louisville, Kentucky and Towne View Baptist Church in Kennesaw, Georgia.

The Southern Baptist Convention identified 58-year-old Randy Leming as the preacher of Antioch Baptist in Sevierville. Its website said he's been the preacher there since 2014.

According to court documents, a jury convicted Leming of two counts of statutory rape in spring 1997. He served 80 days of his 18-month sentence in 1998. He stayed on probation for the remainder of his sentence.

The original warrant said he engaged in sexual acts and oral sex with a 16-year-old girl while he was 30-years old and pastoring at nearby Shiloh Baptist Church in 1994.

SBC said Antioch Baptist knowingly employed Leming despite being made aware of his criminal past. The executive board said it "does not act in a manner consistent with the convention’s beliefs regarding sexual abuse.”

The Southern Baptist Convention is the largest Protestant denomination in the U.S., according to officials. The meeting on Tuesday was marked by warnings from leaders that the denomination was damaging itself with divisions over some critical issues, including race.

They said that the issue has been present since officials adopted Resolution 9 the SBC Annual Meeting in 2019. The resolution declares that "Critical Race Theory" is incompatible with the Baptist faith.

Leaders also called for unity, and to put the Gospel above all else. The executive committee also adopted an expansion plan called Vision 2025, which would increase full-time international missionaries by 500 and boost the number of congregations by 5,000.

Over the years, the SBC Annual Meeting has been home to some quite memorable moments.

On this week's episode of The Road to Nashville, @Jonathan_Howe and @acwhit look back over the years at some monumental moments of the past.#SBC21 pic.twitter.com/HMdPWNibuH