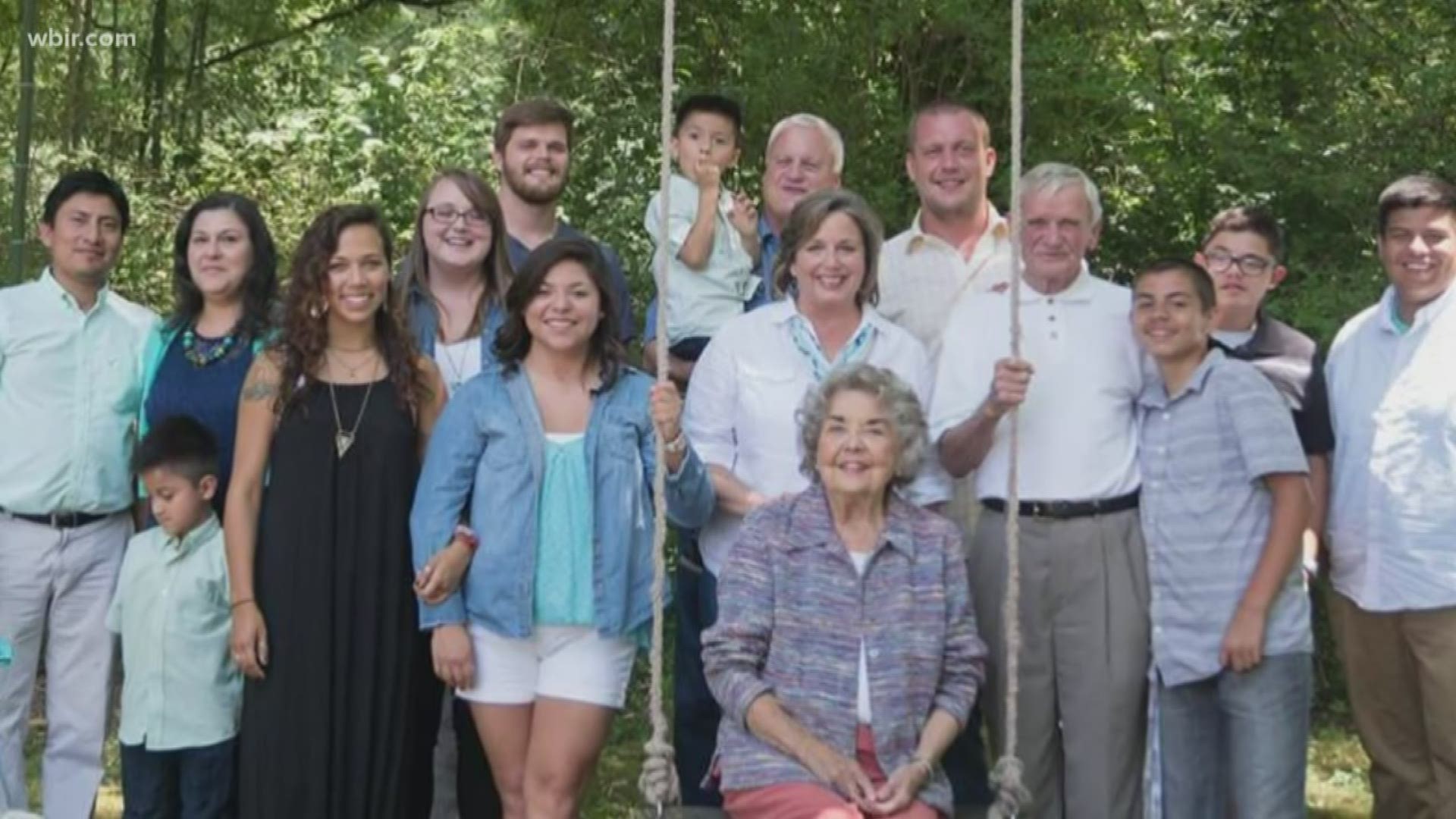 KNOXVILLE, Tenn. — Hayley Holmes knows what it feels like to not have a home. She and her three brothers spent several years in the foster care system before their parents adopted them in 2013.

"I remember it was my first night putting my head down on a pillow and I was like this is the first time I've felt at home in my entire life," she said.

Leslie and Phil Holmes adopted all four siblings through Childhelp, an organization that has dedicated the last six decades to helping and healing child abuse survivors and children in the foster care system.

"This is our 60th anniversary," co-founder Sara O'Meara said.

O'Meara and Yvonne Fedderson started the non-profit in 1959. The two met as Hollywood actresses on the set of The Adventures of Ozzie and Harriet in 1952. Little did they know they would spend a lifetime as friends and advocates for children.

For O'Meara, bringing an office to Knoxville was a key part of the plan.

"This is so wonderful for me because this is my home town," O'Meara said.

She is originally from Knoxville and grew up off of Kingston Pike in Bearden. So far, the Knoxville office has helped more than 5,000 children, something Fedderson said must continue.

"Children are our future and these little children who are being abused need help," she said.

For Holmes that statement is personal.

"Growing up for me, I didn't know that it wasn't normal that abuse was in the home," she said.

But now she and her brothers have a different kind a reality, a new experience she credits to Childhelp.

"Yvonne and Sara really set the tone for something beautiful," Holmes said.

If she could impart any advice to kids who looking for a little hope there is only one thing she would say.

"The Lord has a plan for your life, so don't lose sight because he will take you big places," she said.