"Don't drink and drive, it crushes families" | Family goes on memorial ride after losing loved one

It has been a year since a drunk driver killed 31-year-old Alan Barnard. His family is still heartbroken and is trying to bring more awareness to stop drunk driving 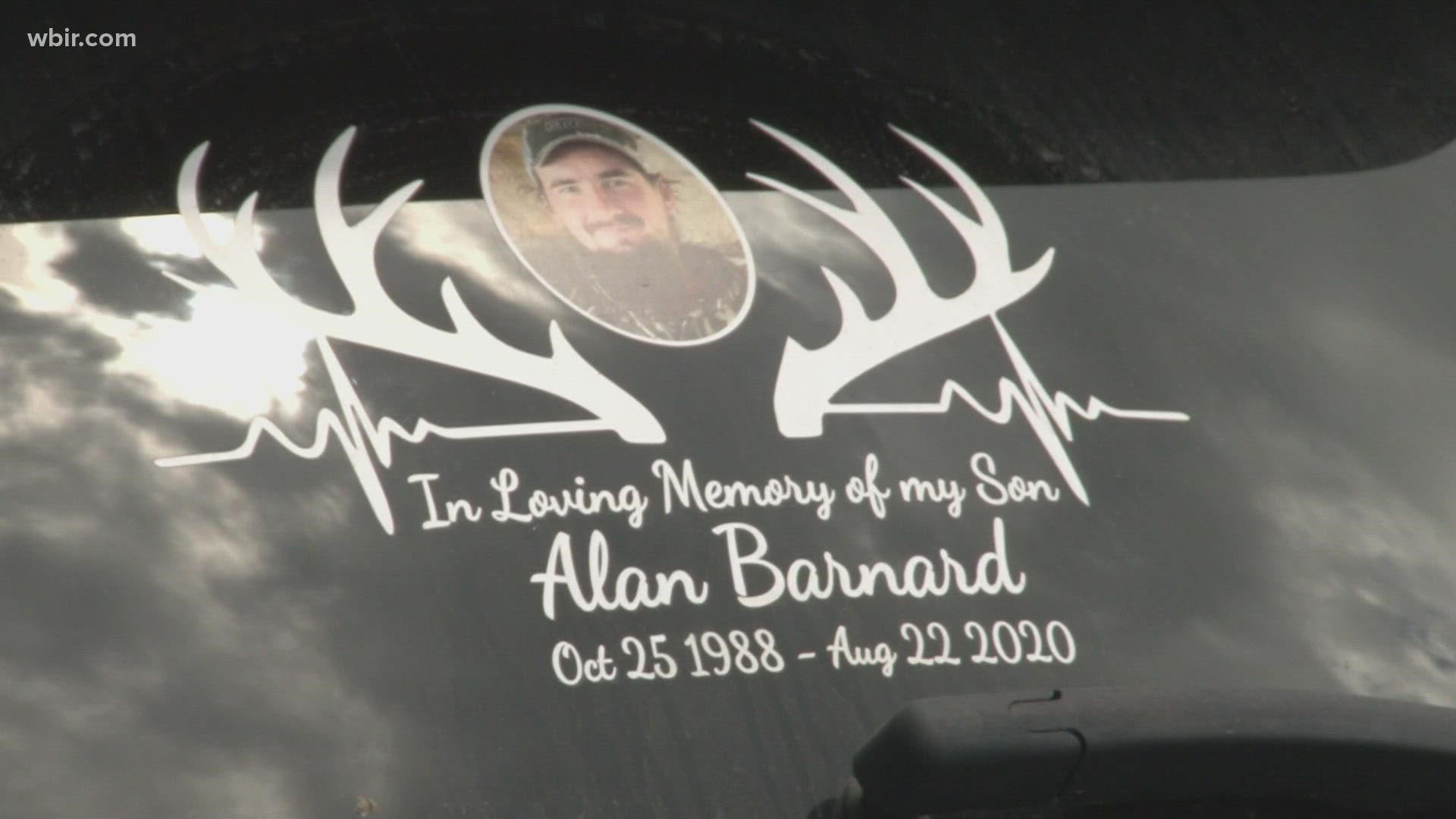 KNOXVILLE, Tenn. — Almost a year after a drunk driver hit and killed 31-year-old Alan Barnard, his family said they are still in pain. They are now trying to bring more awareness to the impact that drunk driving can have.

They organized a memorial ride from him, to honor his memory and try to stop future drunk driving incidents from ever happening. Together they cruised the roads, surrounded by people who also loved Barnard.

"Some made a choice to get underneath the wheel and drive while drinking, and it's really hard to fathom," said Christina Treat, his sister. "I still have his phone number and I will call it sometimes."

She also said that knowing he died because of a drunk driver the incident harder to cope with. So, they organized the memorial ride as a way to make sure his memory his preserved for longer. One of the participants said that, in the biking community, a ride like this is meant to show respect and say they would never forget him.

"I've never been through so much pain in my life," said Michelle Atkins, his mother. "I'd give anything to have him back."

Trucks, cars and bikes all took to the streets in his honor. Food was also provided for free. It started at Classic Leathers in Morristown.