Plans for new ways to celebrate the Fourth of July in Knoxville will be released next month. 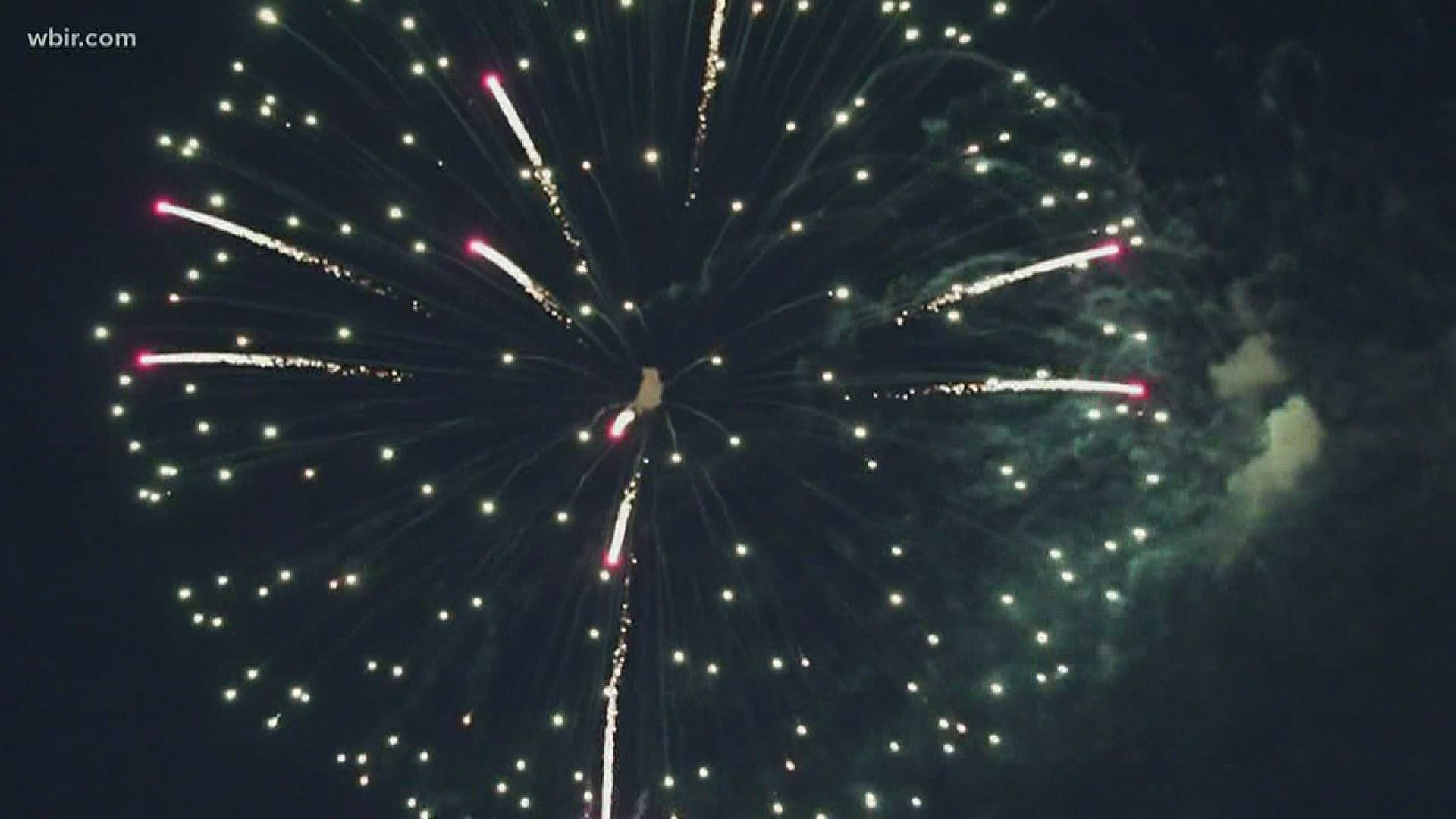 KNOXVILLE, Tennessee — Big events all across East Tennessee are getting canceled. Festivals are being called off because following social distancing guidelines would be impossible, and because COVID-19 cases in the state continue to rise.

On Thursday, Tennessee reported 369 new cases of coronavirus. One of the big cancellations announced the same day was Festival on the Fourth.

The event usually draws thousands of people for a concert and fireworks in World's Fair Park. Mayor Indya Kincannon said canceling it was a difficult decision to make.

"It's all for the safety of the public and we feel very strongly about that," Judith Foltz said, Knoxville special events director.

Festival on the Fourth pushed through years of uncertain weather, but like so many other events, it was canceled this year.

"We're talking 30,000 people in World's Fair Park, and this is not the time for the city to be putting on an event like that," said Foltz.

Cancellations and postponements are happening all across East Tennessee. Summer on Broadway, the Helen Ross McNabb Big BBQ Bash and Hops in the hills festivals in Blount County won't be rescheduled this year, but have a new date in 2021.

The Townsend Spring Festival was also postponed, with more resources now devoted to putting on the annual fall event in September.

In Sevierville, Bloomin BBQ and Bluegrass Festival is already ready to come back next May.

"The main problem with my department is our goal is to bring people together and right now that's not something we can do in the way we used to," said Foltz.

Festivals bring giant crowds to downtown areas and thousands of dollars in donations to nonprofits. But in the midst of coronavirus, bringing crowds in may not be safe.

As businesses open back up, Foltz said not to forget to support them — and to do so safely.

She said her department is getting creative as they create new ways to be patriotic in July.

"We would love to see the neighborhoods get together and keep the community spirit alive," she said. "We hope the community will back us up with this and be a part of it."

Plans for new ways to celebrate the Fourth of July in Knoxville will be released next month.

RELATED: 10,735 confirmed cases of coronavirus in Tennessee, including 5,338 recoveries & 199 deaths