Families feeling the pinch are still waiting for P-EBT assistance

One father applied for P-EBT benefits after school lunches stopped. He is still waiting to receive a P-EBT card. 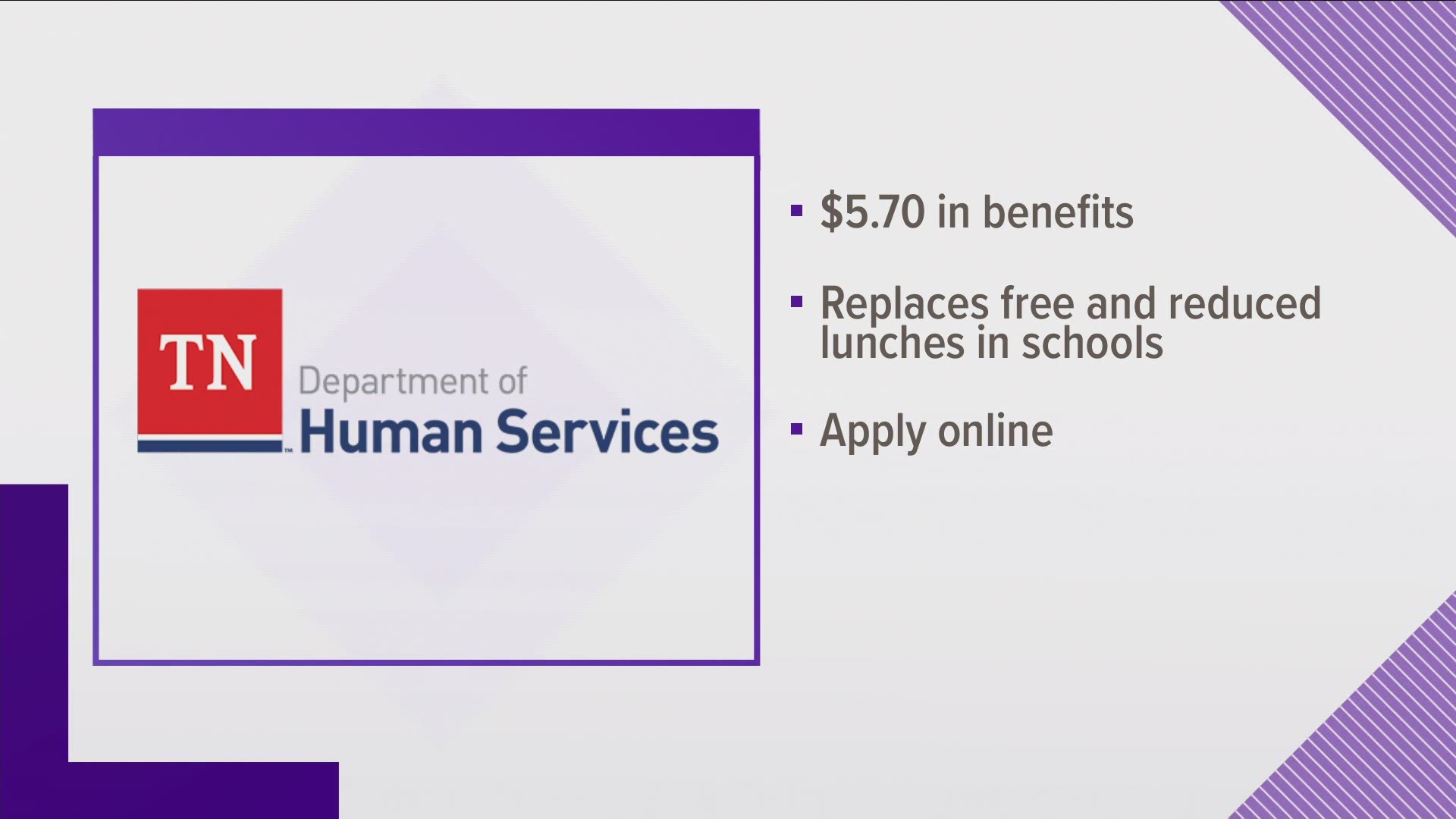 SHELBYVILLE, Tenn. — Adam Zanghi is a father of two, and soon to be three. He’s also in school full time.

“I’m a full-time student, trying to finish my RN. So I was planning on getting a part-time job and that’s not going to happen. My wife has a full-time job. Now there’s no way I could go part-time, I gotta stay home with them,” Zanghi said.

He says he would never let his kids go hungry, but with money tight and the pandemic not slowing down, it’s been a stressful few months.

“We used to go pick up food at the schools, and that’s cut off — they don’t do that anymore,” Zanghi said.

It’s why he applied for the P-EBT program. A service from the State Department of Human Services that helps families of children who receive free or reduced meals at school. Zanghi applied back in June and got approved, but he is still waiting on his P-EBT card to arrive.

“I mean I have two children. I mean, I don’t expect people to take care of my kids, but it helps during the school time with paid lunches and stuff," he said. "So they said we should have it around, well, the note originally said the second week in July."

Zanghi isn’t the only one in this situation. School lunches help millions of families feed their kids, according to officials.

During the summertime, families have to buy more food than normal, something that can strain their budgets. Especially low-income. On Average, grocery store costs can rise more than $300 a month when school is out.

Throw a pandemic on top, and the struggle reaches new heights for many families. The Department of Human Services said that they are reaching out to Zanghi. Their full reply is below:

Thank you for letting us know about this customer’s concern. The Department of Human Service is reaching out to him directly to provide an update. Any other customers that have questions about their P-EBT cases are encouraged to call our Family Assistance Service Center at 1-866-311-4287 or fill out a customer inquiry here.

Due to the volume of P-EBT cards being issued in Tennessee and many other states by our vendor, we are experiencing higher than normal demand for production and mailing of the cards. Because of this, some of Tennessee’s cards are being mailed later than normal.

“People are irritated, they’re upset and they’re sick of being lied to. And the state’s just not telling anybody anything,” Zanghi said.