No fans were allowed in the stands at Vanderbilt Stadium for home football games, but that didn’t stop one set of parents cheering on their son. 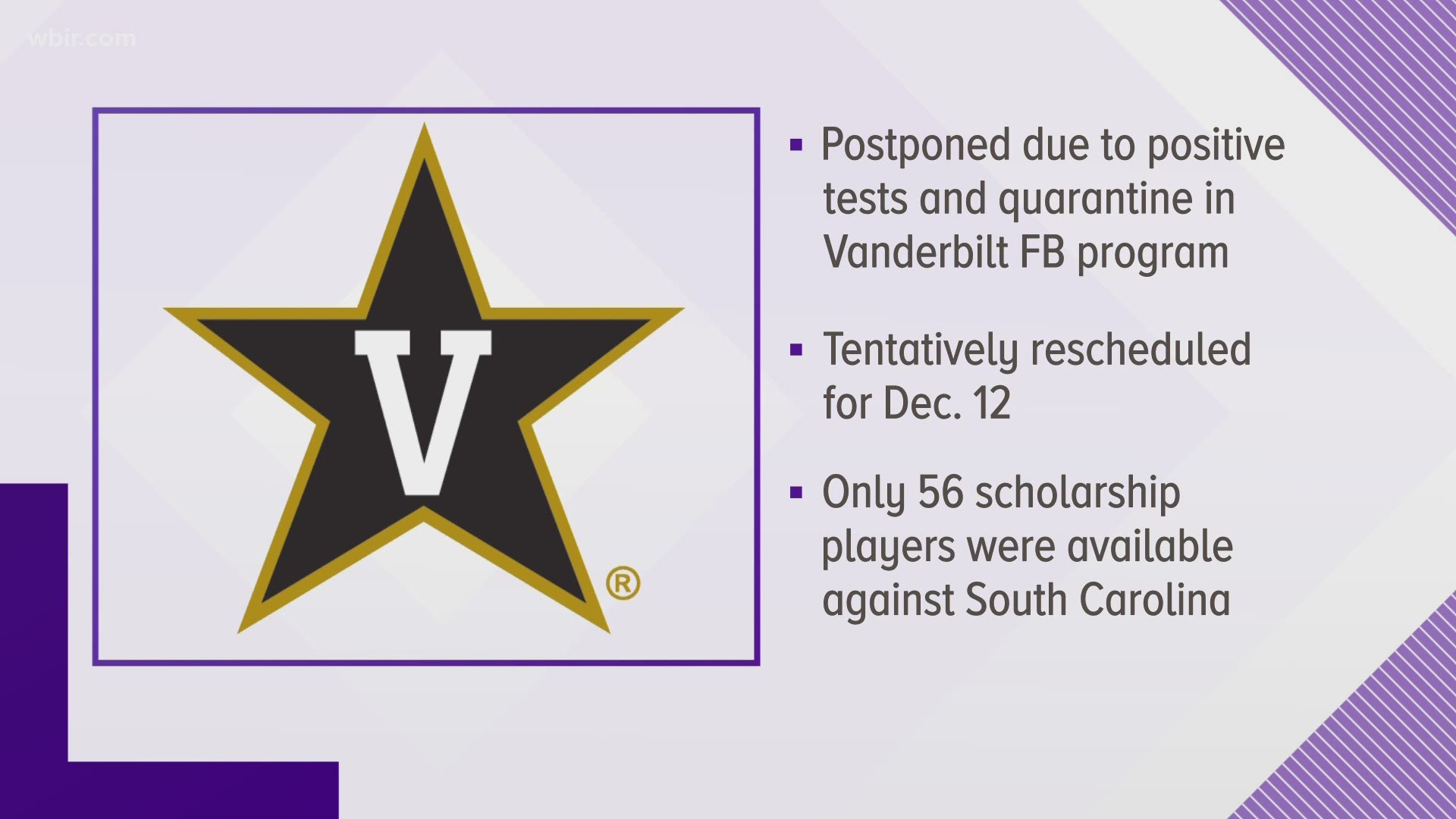 NASHVILLE, Tenn. — The announcement that no fans would be allowed in the stands at Vanderbilt Stadium for home football games didn’t stop one set of parents from attending the home opener.

Vanderbilt announced last month that no fans would be allowed to attend games through at least October. The school allowed a limited amount of students to attend Saturday’s home game against LSU. Vandy is the only school in the Southeastern Conference not to allow fans to attend games.

Officials said they weren't letting people the gates due to COVID-19 restrictions, even parents of players, to prevent the spread of the coronavirus.

Robert and Corinna Seals said they wouldn’t miss their son’s home debut for the world. They went 30 yards across the street from the stadium to the Marriott and got a seat that wasn't like any of the others.

“As soon as we heard no parents were allowed, we were on it,” the Seals family said. “When we went to the official visit, that was where they put the parents. I said if we can’t go, that’s a perfect place to go to see the game.

“We did have to switch rooms. We couldn’t get a very good view the first time, so they were kind enough to switch our rooms where we could see the whole field. It’s going to be the room we request from now on.”

The view, given the circumstances, was more than enough. They also decorated the room to make sure their son knew his parents were nearby, even if they couldn't be in the stadium.

“We have a little signal, you know, where he taps his helmet when he is thinking of us or when he sees us," the family said. "I don’t think he was shocked. I didn’t realize it was a glowing beacon. It looks like Christmas, I know how to do lights.”

Unfortunately, fans won’t find the Seals at the Marriott on Saturday when Vanderbilt hosts South Carolina. They will be at their other son’s homecoming game in Texas. It will be the first time one of the parents is not at Ken Seals’ football game.