After selling everything and moving into an RV six months ago, the Severance family of seven finally reached their goal of making it out west. 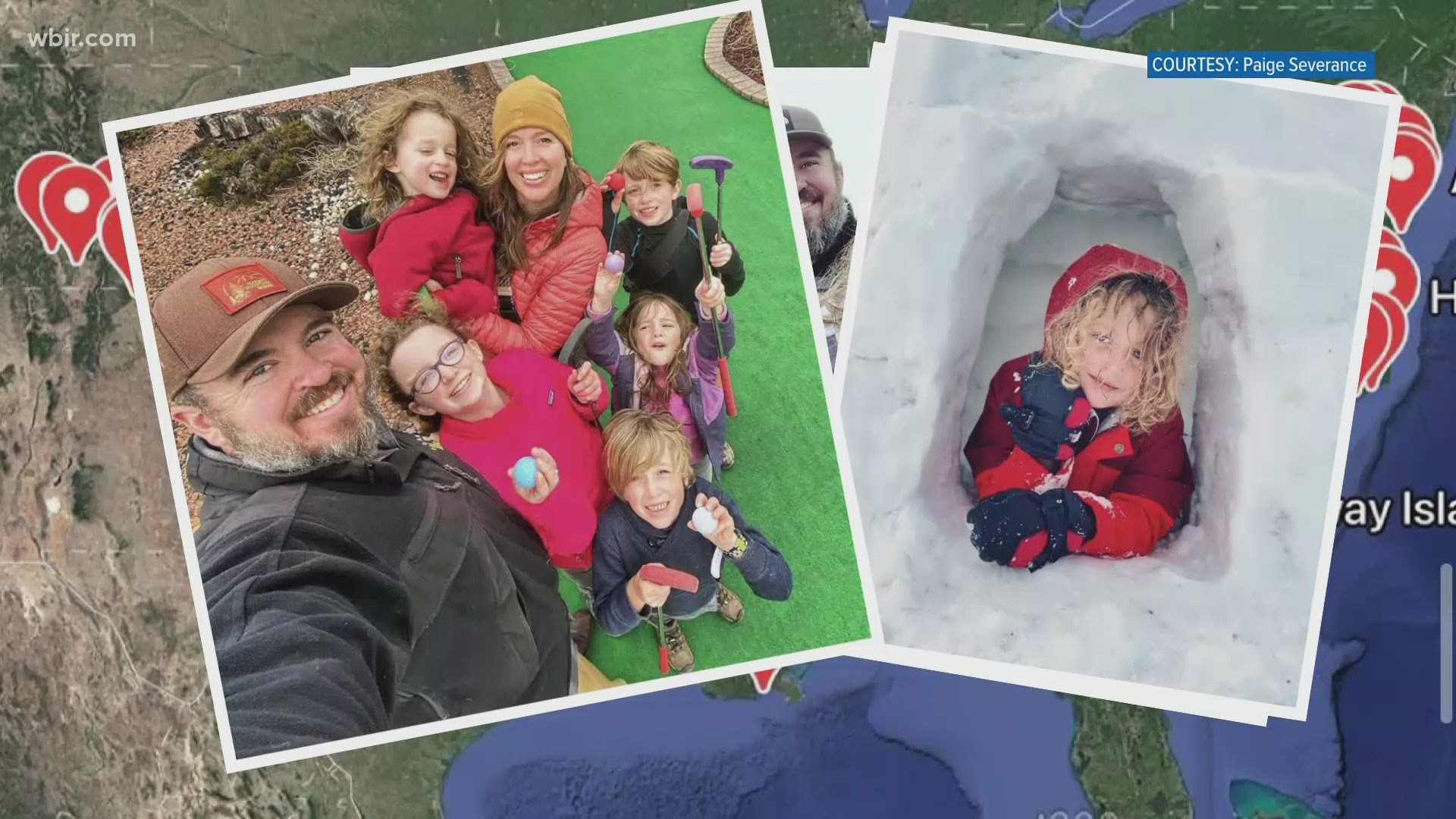 KNOXVILLE, Tenn. — Paige and Chip Severance joked for years about living in an RV and heading west.

That's now been their reality for six months, with their five kids in tow.

"It's not comfortable," said Paige. "It's not quite, I wouldn't call it an easy lifestyle. But there's so much magic and it's definitely worth it."

It's a game that they're winning, even if that small space does lead to some sibling rivalry.

"Oh yeah, I pick on Scout a lot. It's kinda fun," said Tate about his oldest sister.

There's also the struggle of all having to share everything, including one bathroom right in the middle of the coach.

"So if somebody is in the bathroom and the door is locked, how are you supposed to get into the living room and out the door or to get something in the room?" asked Scout.

She's taken to unlocking the door from the outside with a screwdriver when necessary.

Scout, 11 and Tate, 9, are working on getting their ham radio licenses and learning new languages. Scout picked French and Tate picked Spanish.

They said this way of learning is very different than going to school.

"Everywhere we go we kind of focus on what's there," said Scout. "So like, if we go somewhere cool, Mom will read to us about it and sometimes we'll do research."

They've been to a lot of cool places since officially hitting the road in October 2020.

They hit coastal towns out east for a few months then moved full steam ahead through places like New Orleans, New Mexico, Colorado, and now Phoenix, where they'll be for a bit before heading toward the Grand Canyon.

"We do miss home but I think it's been worth the risk to get out and travel," said Chip, adding that risk isn't for everyone.

He works in between driving the RV, but the flexibility makes it fun.

So much so, they're not sure when they're coming back.

"I think we're just gonna take it a month at a time and see how the kids are doing and how we're feeling," said Paige.

The kids don't seem in a hurry to end their nomadic life, but they all do miss having more space

The best part is, underneath the school work, this is a vacation with no end date.

Move on west, north, everywhere, to see it all.