Zaevion Dobson died in 2015 when he shielded his friends from gunfire. Justin Taylor died earlier in February, shot and killed in a car by a friend. 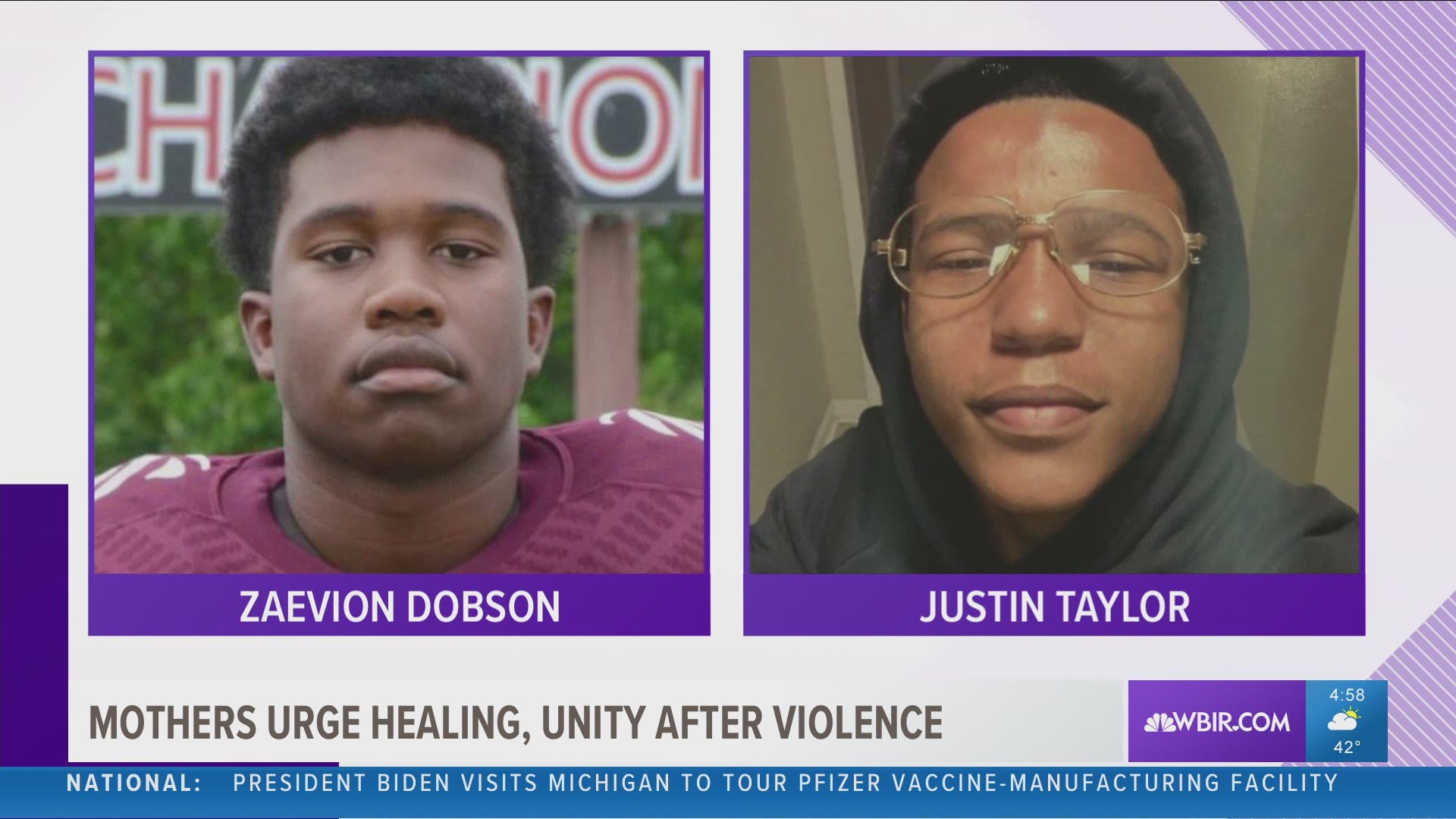 KNOXVILLE, Tenn. — Three teens have died in as many weeks in Knoxville due to gun violence. It has challenged city leaders to bring change and has caused untold pain for their families.

"It's like my heart literally being snatched out of my body," said Stephanie Taylor.

Her son, Justin Taylor, was killed three weeks ago by his friend. Police said that the shot was from the backseat of a car and that the driver continued on for 15 minutes to Western Heights Baptist Center where police found his body in the vehicle.

The shooting was around 6 years after another shooting took the life of a teenager — Zaevion Dobson. He died shielding his friends from gunfire in 2015.

"His life mattered," said Zenobia Dobson, his mother. "His dreams, his values, his visions, all that. It mattered, they all matter."

She said that preventing shootings and confronting the issue starts by simply talking with children and telling them the truth. She also said that leaders should work to find at-risk youth jobs or train them in new skills to prevent future gun violence.

"Just hear their voices, they just want to be heard," she said.

Stephanie and Zenobia are calling for two things in the aftermath of several shootings in Knoxville claiming young lives — healing and change. Both said that after tragedies like gun violence, people can start healing by surrounding themselves with supportive friends and family.

"You have to have positive people around you, always," Zenobia said. "You can't do it alone. You're not alone, and you can't do this by yourself."

NOTE: Watch the extended interview below:

The mothers share a mission, working towards change so that no other families need to be where they sit and share their experiences. They are advocating to stop gun violence.

"I have to go out and speak to people and let my voice be heard, and my son's voice be heard because no one will ever hear his voice again," said Zenobia. "My greatest revenge was to stand up for my son, and I will continue that because many more children deserve their life."

Both said that the only way the issue can be solved and gun violence can be stopped is for the Knoxville community to move forward as one, together, for the city's children.