Safety precautions taken specifically for this year may have unintentionally helped the events down the road. 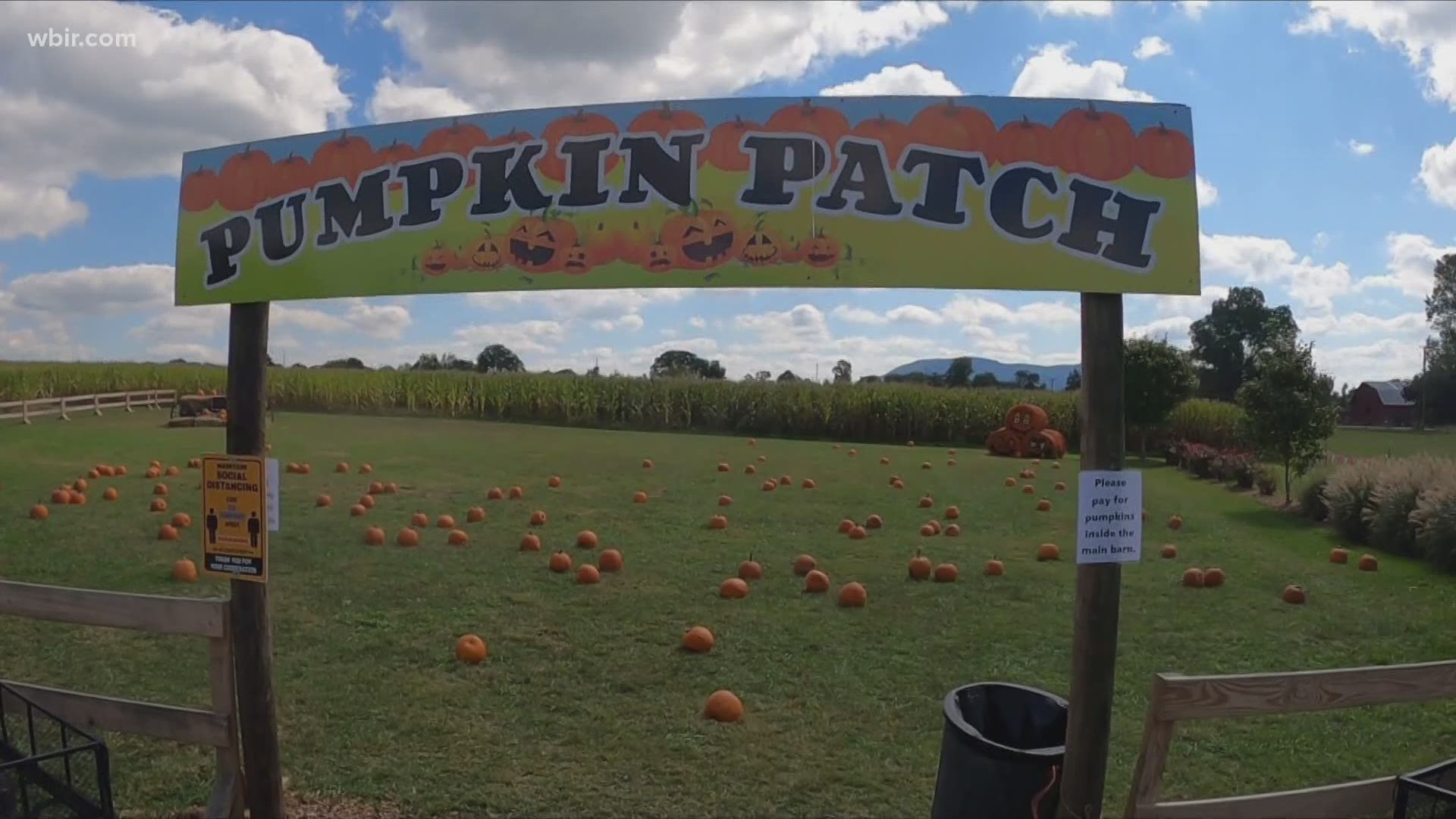 KNOXVILLE, Tenn. — Many things about our world have changed in 2020. Things as routine as going to farms and picking out pumpkins aren't any different in that way.

At Oakes Farm in Corryton, tweaks and changes are noticeable as soon as guests arrive.

From signs reminding guests to stay six apart, to bottles of hand sanitizer scattered throughout the farm, it's clear that COVID-19 safety precautions have been emphasized.

While businesses throughout the country have seen their share of frustrated customers since the pandemic began, it seems that guests at Oakes Farm have made the adjustments without much of a fuss.

"For the most part, guests do feel pretty comfortable wearing their masks. We're trying to follow Knox County guidelines as much as we can, so inside the barn, on the hayride and inside the restrooms, we are requiring," said Kennedy Oakes of Oakes Farm.

A few miles down the road near Downtown Knoxville, a group of children at the Cansler Family YMCA headed to the pool to pick out their pumpkins Sunday afternoon.

After swimming amongst the pumpkins, children got the chance to decorate them before heading home. In past years, children made an afternoon of the event.

This year, however, time slot reservations were used to keep groups smaller and separated.

"Typically it was a two or three-hour event, and now people can only stay for about an hour," aquatics director Amanda Roland noted.

At both places, safety precautions taken specifically for this year may have unintentionally helped the events down the road.

Organizers at the YMCA and Oakes Farms noted that scheduled arrival times that were used this year in order to keep groups smaller and separated, may be used in the coming years since they helped the events flow better.

While this fall season may not be exactly like ones in years past, many familiarities are finding ways to remain.

People in East Tennessee are finding ways to enjoy those fall family memories that so many people have been looking forward to.

In doing so, even if it's just for an hour, many children are discovering a bit of normalcy in what has been anything but a normal year.