Women's Health: Moms open up about their breastfeeding journey and tips to deal with the daily struggles

Breastfeeding can be a challenge for some moms, but here are pointers to make things easier. 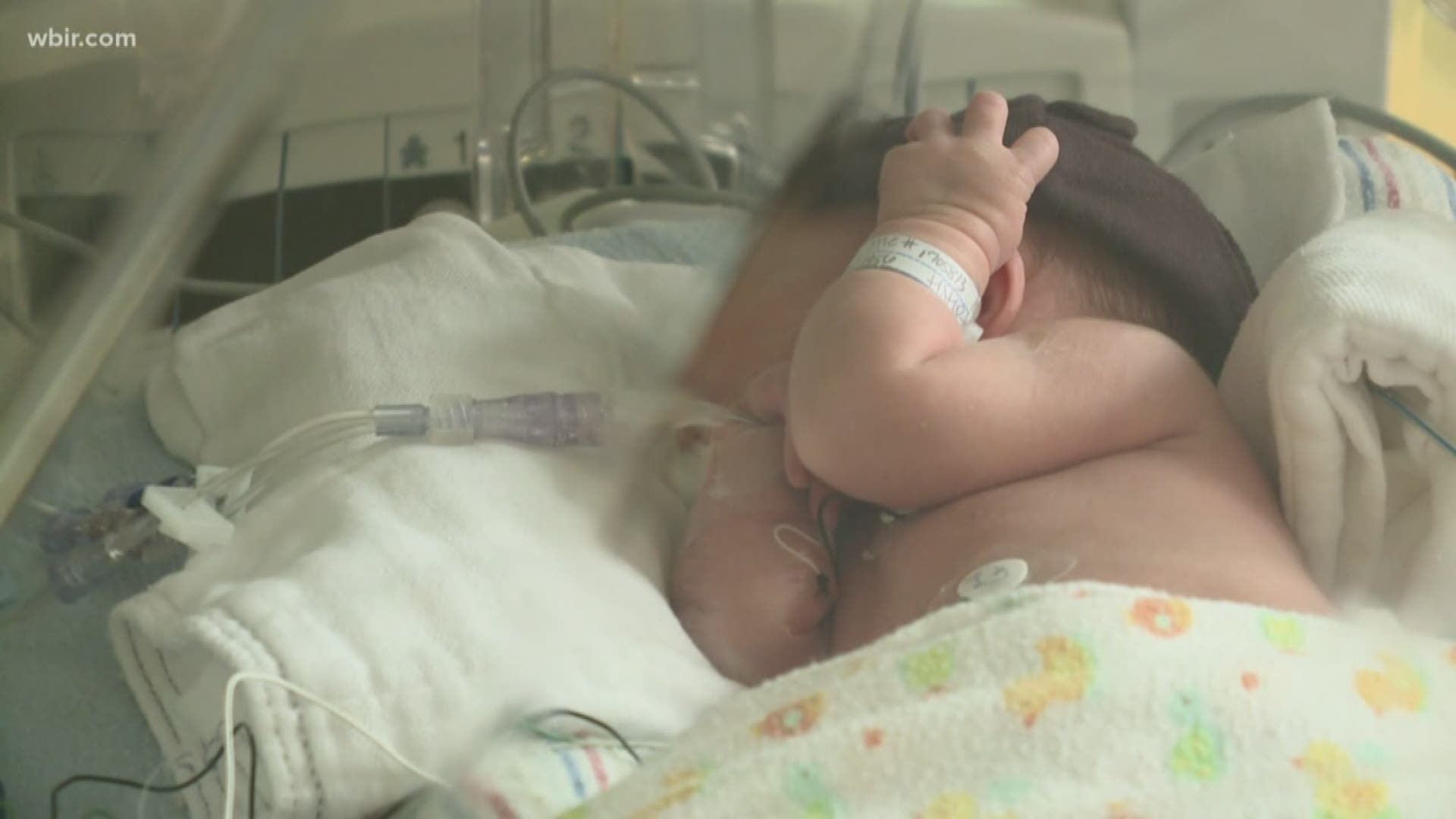 Many of us have heard the statement breast is best, but for some women, breastfeeding isn't always the easiest thing.

Courtney Kliman, mom of an 18-month-old boy, said she felt overwhelmed from the start and she's not alone.

"You think it's something that's so simple and so easy and should come so naturally, but for me my milk didn't even come in until four days so he was so hungry, and he wanted to do something that was called cluster feeding so I had to make a schedule and he was eating 20 out of the 24 hours a day, and I honestly had a breakdown and balled."

Kliman said one of her issues was that she had a surprise C-section, which made doing things right after having a baby a challenge.

"The trauma behind that and all of the hormones, and all of the other medications along with that, and the general anesthesia that you get causes your body not to produce like if you have a normal birth," Kliman said.

Another challenge that some moms can have is having multiple children at one time.

Julie Kendrick, the mother of twin 2-year-old girls, said she couldn't figure out when to fit in sleep.

"There was maybe 20 or 30 minutes between feedings so there was just no time for sleeping."

Lack of sleep was one of the biggest reasons why Kendrick turned to formula, which she said she felt no shame about.

"When I decided to quit, it was amazing because I was either pumping or feeding, glued to the couch or the breast pump and it was just a big sigh of relief," Kendrick said.

Rachel Bolton, the mother of two, said she was surprised at how different her kids were breastfeeding. Bolton said the first one was very easy, but breastfeeding with the second was much harder.

"She had latch issues, she made this crazy noise, I produced too much milk, I had to tackle that because she was choking on it, and it was just a lot for the first month," Bolton said.

Although Bolton said she had a great support system at home, she knew she needed more help.

"So I went and they were so, so, so helpful, the doctor was like what can we do, we are here to help you, and they said it was postpartum depression and they helped me out and we made it to a year and after a year, we stopped and I was fine," Bolton said.

Lactation consultant Lisa Paul offers some tips on easing the stresses of breastfeeding. The three main areas Paul focused on - returning to work, support from family and milk supply.

"One of things that I suggest is that you either do half days for the first week or you do Thursday and Friday so you have the weekend off or whatever your schedule is. That week you get a little bit of a trial and some time with baby again and then you start a normal work week," Paul said.

As for dads - she said not to worry so much about feeding but having him help in other areas.

"Help learn to put the baby to sleep. It is a lot of work for moms to pump and make a bottle so the dads can feed the baby, but it would be more help if they could take the fed baby and put them to sleep," Paul said.

And if producing milk is the problem, Lisa suggests to frequency.

"Move the milk. Sometimes moms will think that their milk supply is going down so they are going to wait until their breasts feel fuller before they pump, but what that actually tells the body is to produce less milk," Paul said.

Frequency can be a really big thing and Paul said that sometimes moms respond to food and sometimes they don't but don't focus on that as much as trying to get more milk out.

ADDITIONAL TIPS FROM THE MOMS:

Kliman: "Since I had a c-section I found a pillow that supported the entire body weight of the baby, which really helped me, and just staying hydrated. There is a drink called body armor and they have a light and they have a regular version, and when I would drink that I would produce more milk. I would get a nap when I could also make sure that I was getting the right nutrients that my body needed so I could provide for him."

Kendrick: "Do you what you think is best. Regardless of the pediatrician, lactation consultant, or anyone, your mom, your friends. I really think you need to do what works for you. Looking back I wouldn't have even wasted my time. It is different for everyone. If you can do and it feel it's right, then you should do it, but it was too hard with twins."