Whether you're sweet, sour, hoppy or basic, one of the dozens of local breweries and taprooms can find something for you during Craft Beer Week. 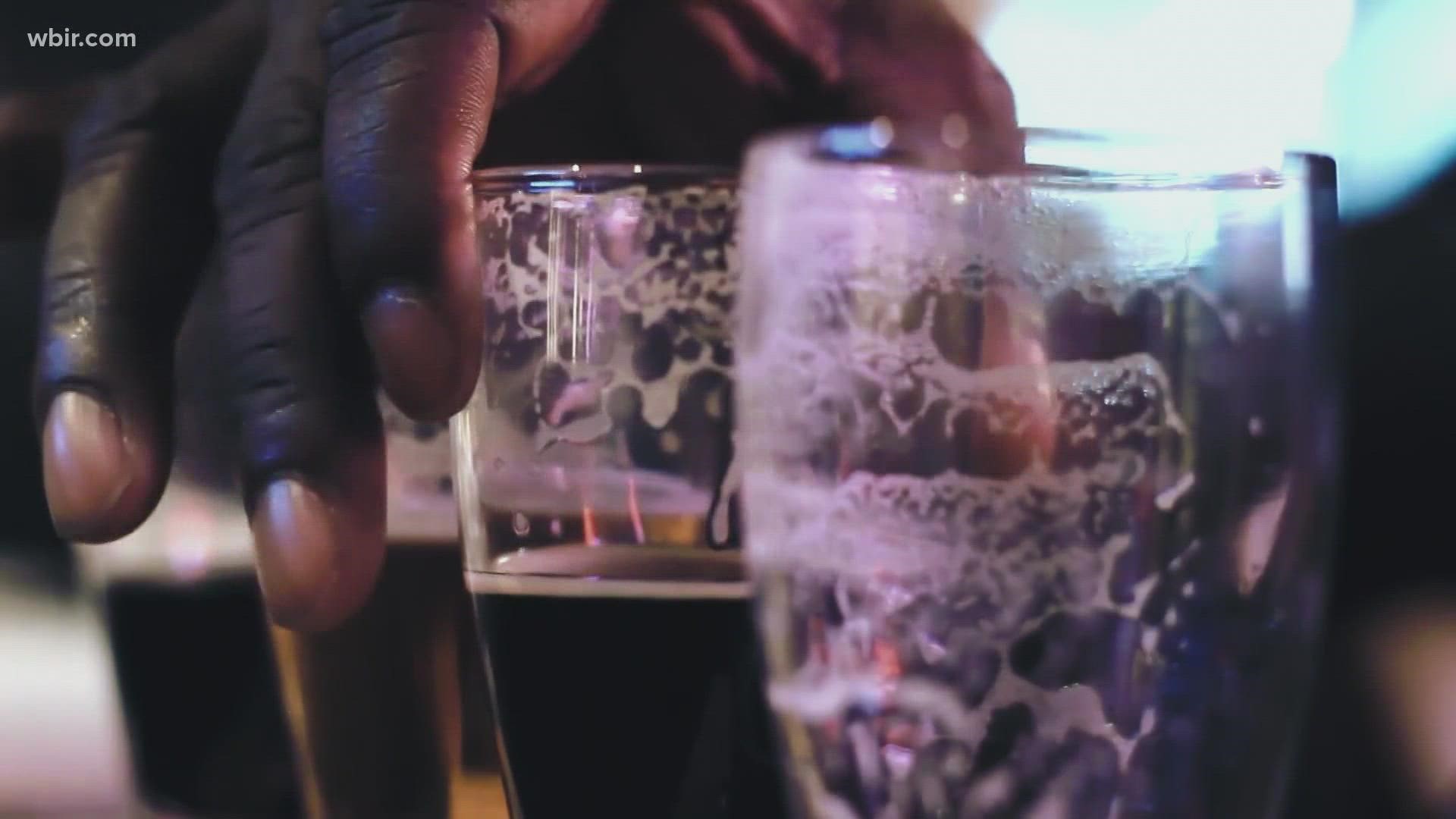 It's a week dedicated to all the local beer brewed right here in the Knoxville area. That includes breweries and taprooms in Maryville, Alcoa, Gatlinburg and Norris.

There are 25 local breweries listed under the Knoxville Area Brewers Association, but even more if you account for brewing companies with multiple locations, and taprooms that cater to local beer.

Four of those Knoxville breweries opened during the pandemic.

Not new to beer scene, but Geezers Brewery also opened its first taproom next to Xül.

All these breweries and more are celebrating Craft Beer Week in some way.

The fun kicked off Saturday with Brewfest downtown, and will continue through Sunday August 29.

But Saturday in particular is for helping the community.

Giving Back Saturday will give proceeds to MAW's Cause, the Appalachian Mountain Bike Club, Elephant Sanctuary in Tennessee, Kickin' for Cancer, and Slumdog Rescue will all receive a portion of sales from several breweries.

More than just supporting local business and charities, the craft beer industry is a big economic player across the state.

According to the latest Beer Serves America report, beer is a $5.2 billion industry in Tennessee.

Beer provides nearly 33,000 jobs, generating $1.6 billion in wages and benefits for those employees.

We've asked the question in the past, can there be too many breweries in Knoxville?

Can we oversaturate the market?

The general answer from beer makers and beer drinkers alike, is no.

That's because each brewery here is different. They offers different flavors, different atmospheres and different parts of town.

But they all work together, often sourcing local ingredients and working together for special partnerships.

At the end of the day, Knoxville loves its local businesses, and that's what they are.

You can see a full schedule of events here.