Breweries are a staple in Knoxville. While they are still suffering from pandemic shutdowns, they are introducing new business models, like to-go options. 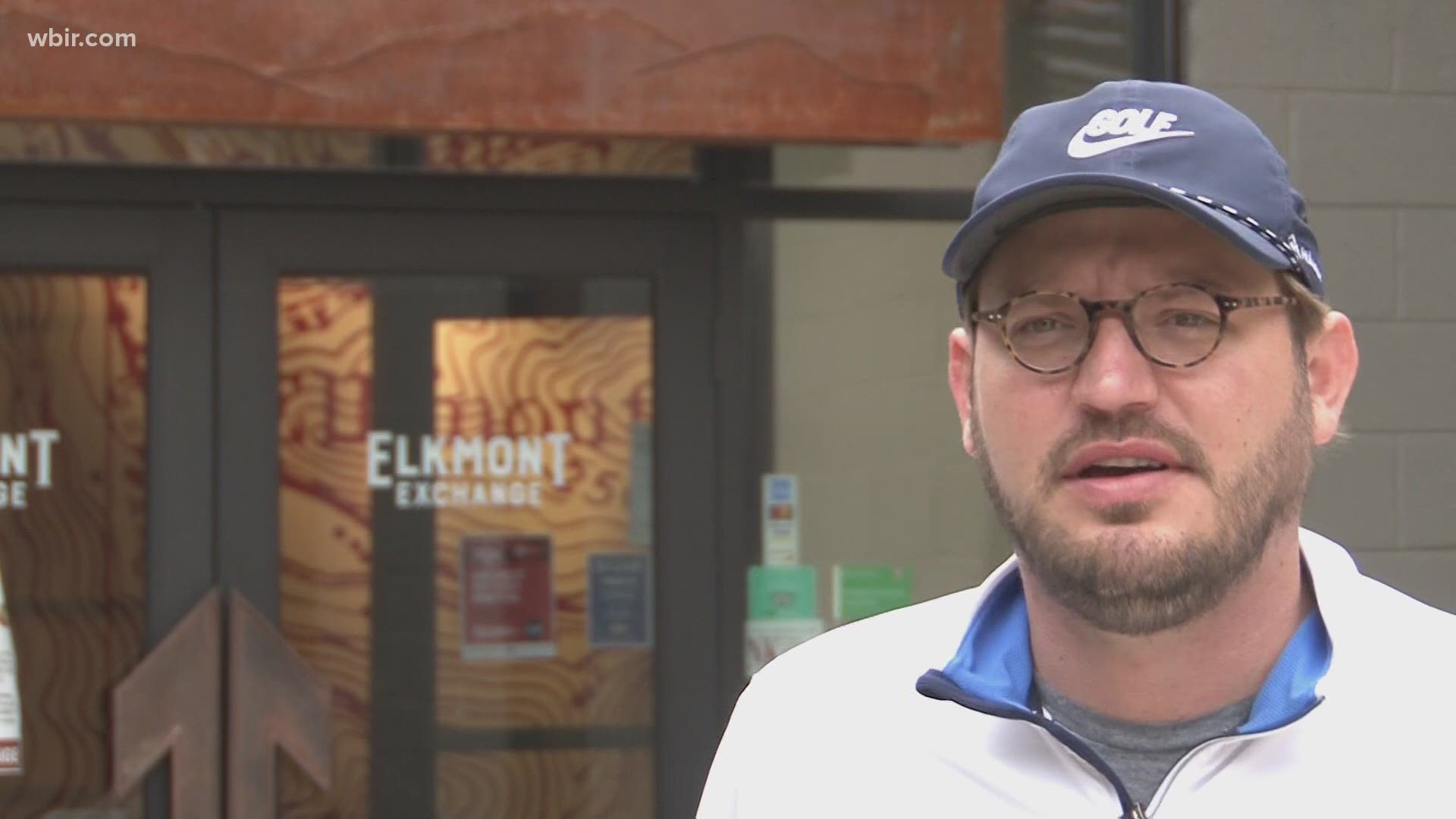 KNOXVILLE, Tenn. — Knoxville breweries have suffered major losses during the pandemic and shutdowns. Now, they are adjusting their business models to stay afloat.

It's been a month since brew pub Elkmont Exchange opened back up for dine-in services after eight and a half weeks of empty tables and no beer on tap.

Managing Partner Nick DeVore said it's been adjustment transitioning back into serving customers, but the community has been supportive.

"People have been very welcoming," DeVore noted. "I think they realize the impact this has had especially on the service industry. They've been incredibly supportive, really throughout the entire service industry in Knoxville.

The brewing company saw the glass half full during the pandemic closure and adapted their business model.

"We kind of shifted from the bar and restaurant distribution which we were heavy on back into kind of our retail," DeVore explained.

While the company still took a financial hit, the staff was still able to brew beer, salvage what they already had, and sell cans, bottles and kegs to their retail partners.

"It's been nice to kind of see people begin to get creative and think outside the box of what they normally do on a normal business week," DeVore admitted.

That's exactly what Next Level Brewing Company is doing right down the street from Elkmont Exchange.

They shifted their focus to canned beers on the go, and are seeing an increase in people ordering those to-go options, according to co-owner Rick Cox.

"A lot of people were coming out and purchasing to-go beers and making sure we had what we needed to stay open during the pandemic," Cox said.

Next Level is a smaller brewery that had only been open for three months when it had to shut it's doors for the pandemic. They didn't have to dump any beer, though. In fact, they made more.

"Honestly we ran out of some of the beers while we were closed so we had to brew more in order to fill those to-go orders," Cox explained.

Cox said being a smaller brewery worked out in their favor, and were pleased they didn't have an extreme "overdraft" in beer production.

Now, both breweries are excited for what's on the horizon and encouraging the community to support.

Breweries and restaurants will be able to continue curbside and to-go beer sales permanently. Governor Bill Lee signed the once-temporary order into law on Monday.