Each year ahead of the Third Saturday in September, restaurants across East Tennessee prepare for big crowds in search of gator meat to gorge on. 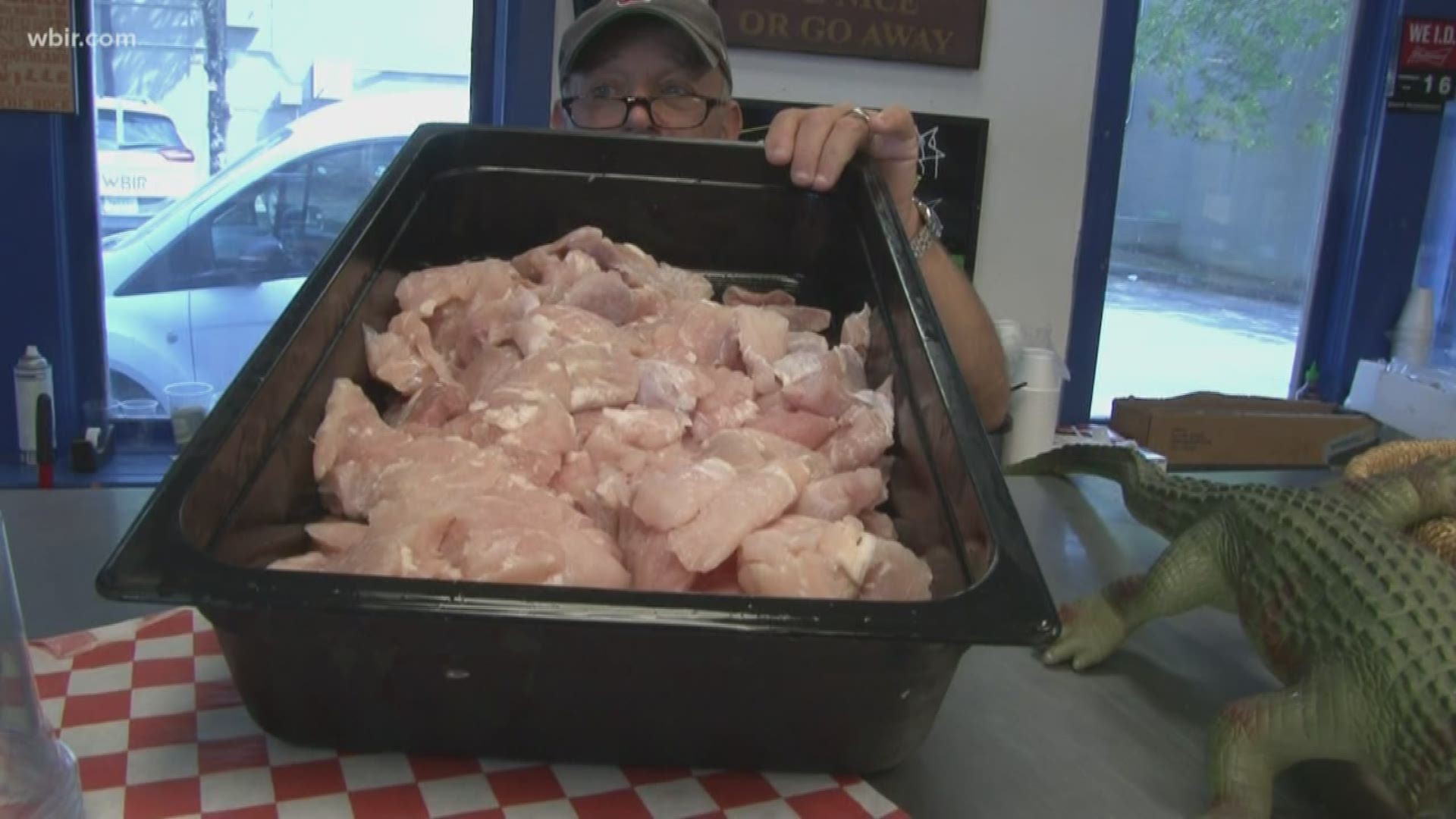 It's Gator Hater Week in Knoxville as the Vols prepare to take on rival Florida this Saturday in Gainesville.

Each year ahead of the Third Saturday in September, restaurants across East Tennessee prepare for big crowds in search of gator meat to gorge on.

The Shrimp Dock in West Knoxville has claimed the unofficial title of being the Gator Meat Headquarters of East Tennessee. In years past, the restaurant has come up with creative uses for the delicacy.

Owner Phil Dangel said the meat sells very well every year. This year - he expects to sell more than a 1,000 pounds.

"The phone starts ringing last Saturday after UTC, 'Are you gonna have gator?' The first lady in bought 11 pounds of gator meat. We sell it frozen and fresh," he said.

The Shrimp Dock - Bearden, TN
Stand by the Vols no matter what 🍊 Plus, everybody needs lunch anyway.

Hard Knox Pizzeria also buys gator meat from the Shrimp Dock every year to serve up its Gator Hater pizza. They've made the pizza for the last couple of years.

Hard Knox Pizzeria
Gator Hater Week starts today! All week long, we're cheering on the ... Vols with a White Sauce Pizza with Smoked Gouda, Alligator, Red Peppers, Corn, Dried Oregano and finished with a Cajun Aioli! Come and get it starting today at both locations!!

With the gator meat, the pizza has a white sauce base with smoked Gouda, red peppers, corn, dried oregano, and is topped with a Cajun aioli.

"People from out of town, when they play here, all the Gator fans will come in and eat Gator Hater pizzas," she said.

Both Hard Knox locations in Bearden and Hardin Valley are serving it up while gator meat supplies last. If you miss out, Hard Knox also has a 'Do it, Pruitt' pizza on its menu full-time.