The show will involve Pizza Palace sending ingredients for Guy Fieri, a celebrity cook, to use at home. 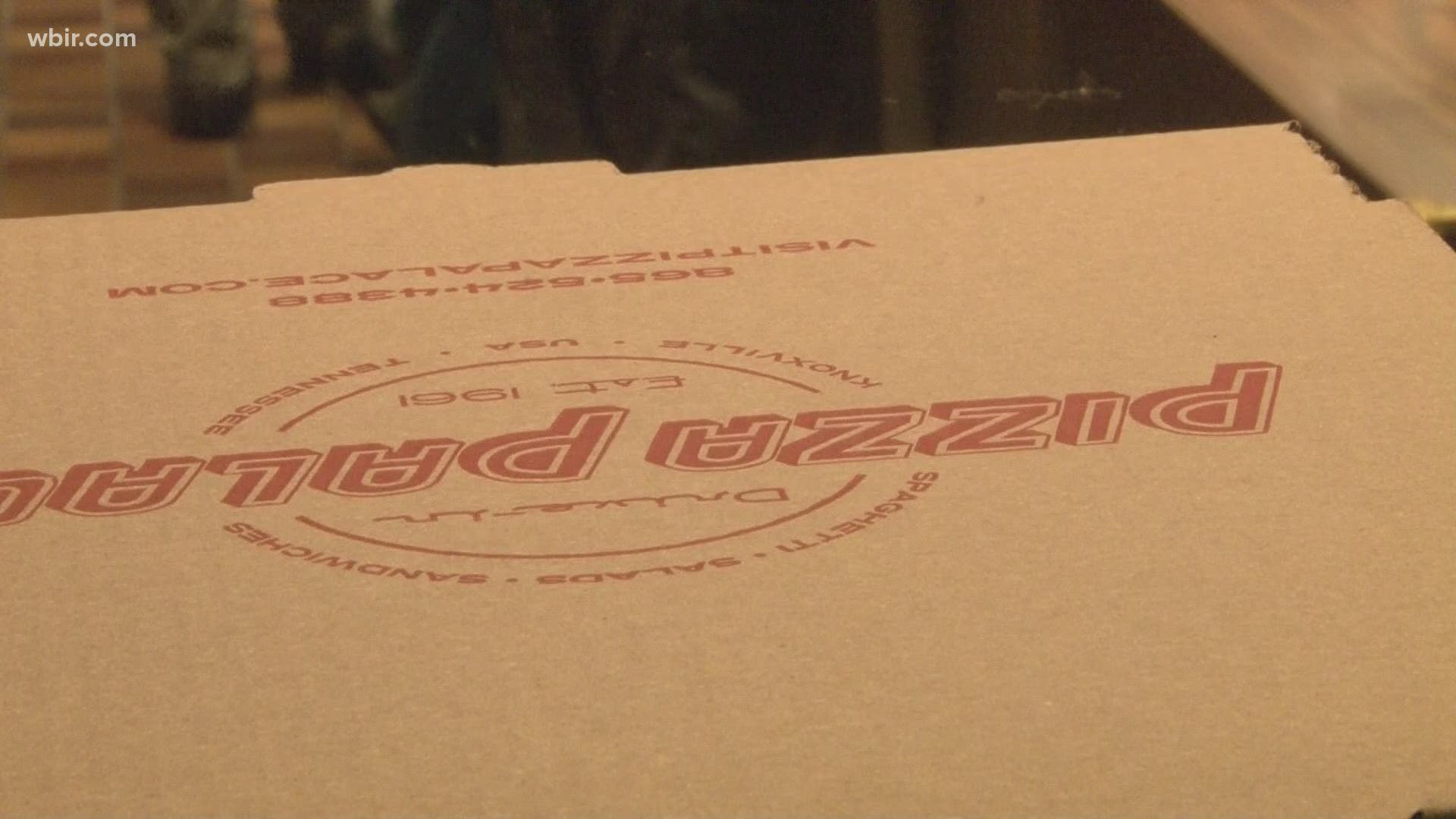 KNOXVILLE, Tenn. — Knoxville has several kinds of restaurants to offer diners, regardless of whether they want Asian cuisine, Italian dishes or American dining. However, an old classic will be featured on Food Network Friday night — pizza.

Pizza Palace, a restaurant in East Knoxville, announced that they will be featured on Diners, Drive-Ins and Dives: Takeout. The show features Guy Fieri, a celebrity cook, preparing a dish with ingredients sent from the restaurant.

Episodes feature chefs walking Fieri through a recipe via teleconference, in his own home kitchen. The new "Takeout" episodes of the show began debuting last April.

The restaurant announced they would be closing early Friday, at 7 p.m., so they could have a watch party with staff. The restaurant allows diners to choose which ingredients they want on a pizza pie, while also offering sandwiches, burgers and desserts.

It has been a fixture in East Knoxville for more than 50 years. The episode was scheduled to air at 9 p.m. Friday, according to officials from the restaurant.