Called "Company Distilling", the company's main distillery will operate out of the mixed-use Springbrook Farm development in Alcoa and is set to open in 2022. 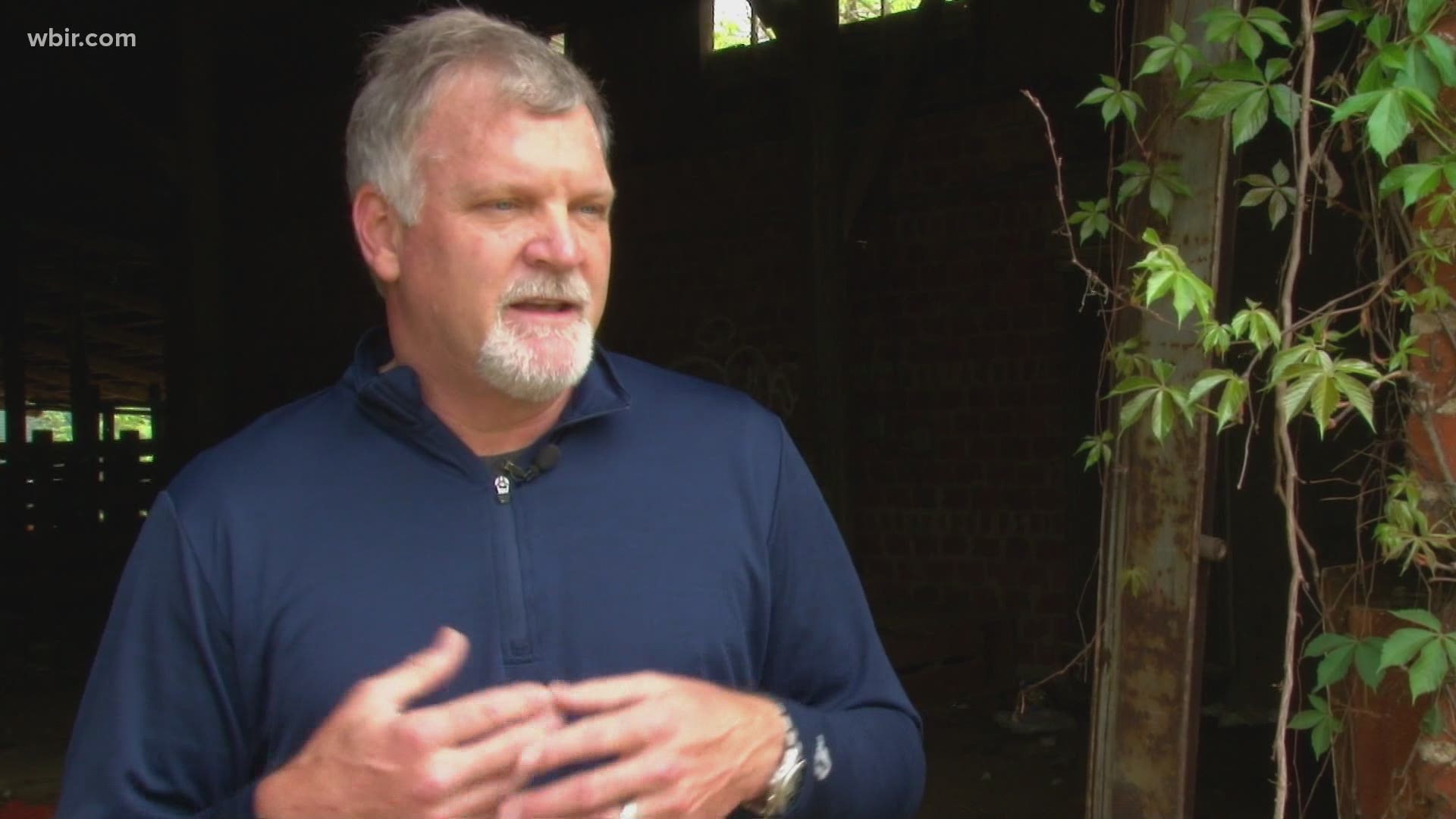 BLOUNT COUNTY, Tenn. — The man who was the face of Jack Daniel's world-famous whiskey is bringing a new venture into the heart of East Tennessee bourbon country.

Jeff Arnett stepped down from his role as Jack Daniel's master distiller after 12 years of leading production, but he wasn't ready to give up on making good Tennessee whiskey. Arnett spent more than a decade as Master Distiller for Jack Daniel's in Lynchburg.

"You know, I think clearly it is and it was a great job," said Arnett. "And the people of Lynchburg were wonderful to me, I was so honored to have the title of master distiller at Jack Daniel's. But I think there's always been something in me, that I wanted to do my own thing."

The 20,000-square-foot refurbished building will have a mountain-inspired theme, include a tasting room, restaurant, brewery, and retail store along with plenty of activities and entertainment outside -- including bonfire pits and pickleball courts.

"We have over 30 acres of land, but this is going to be our primary facility location, where we're going to make premium Tennessee whiskey bourbon, and hopefully, build a whole new fan ship for Company Distilling, which is our new name through what we do with this location, but very, very excited," Arnett said.

The company is also hoping to get a little bit of a head start in Townsend, first, and is planning to also open a 4,000-square-foot tasting room and restaurant at the gateway to the Great Smoky Mountains National Park. Set to open in fall 2021, the location would be set along the Little River and have direct access to the Townsend Greenway.

The company is planning on expanding into Middle Tennessee in 2022 with another tasting room, store, and tours in Thompson's Station.

“Congrats to Blount County and all parties involved in this new venture,” said Tennessee Governor Bill Lee. “Both locations will showcase some of many reasons that the Great Smoky Mountains is a top place for people from all over the world to visit. Company Distilling’s investment in Blount County is further proof that East Tennessee has much to offer.”

As for the whiskey itself, Arnett says it's going to be a treat.

“For years now, we’ve had this spirit in the back of our minds,” said Arnett. “It’s straight bourbon whiskey finished with maple wood to produce a sip like no other. It’s hard to believe it’s finally real. And it’s better than we ever imagined.”

"I saw an opportunity that East Tennessee could also become known for premium whiskey," Arnett said.