Deana Hurd with Lulu's Tea Room prepared a no-bake dessert full of flavor and perfect for the summer heat. 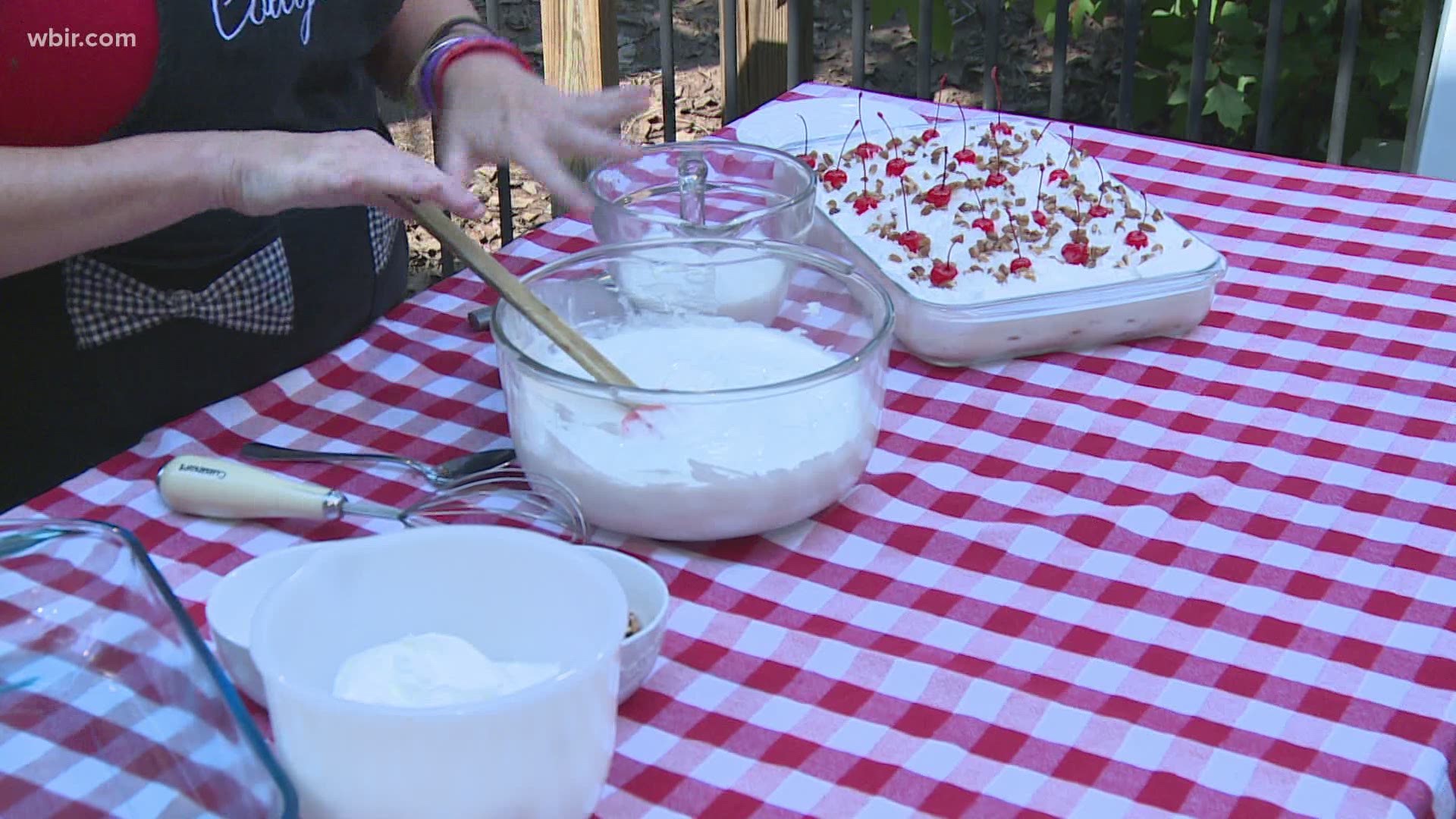 Mix cream cheese, sweetened condensed milk and pineapple with a mixer. Fold in 8 ounces of Cool Whip. In a separate bowl mix the instant pudding with regular milk.  Fold into pineapple mixture.