Funeral services held for Janaria Muhammad, one day after funeral of classmate

Family and friends remembered the life of Janaria Muhammad on Wednesday, who was the third teen killed by gun violence in a matter of weeks. 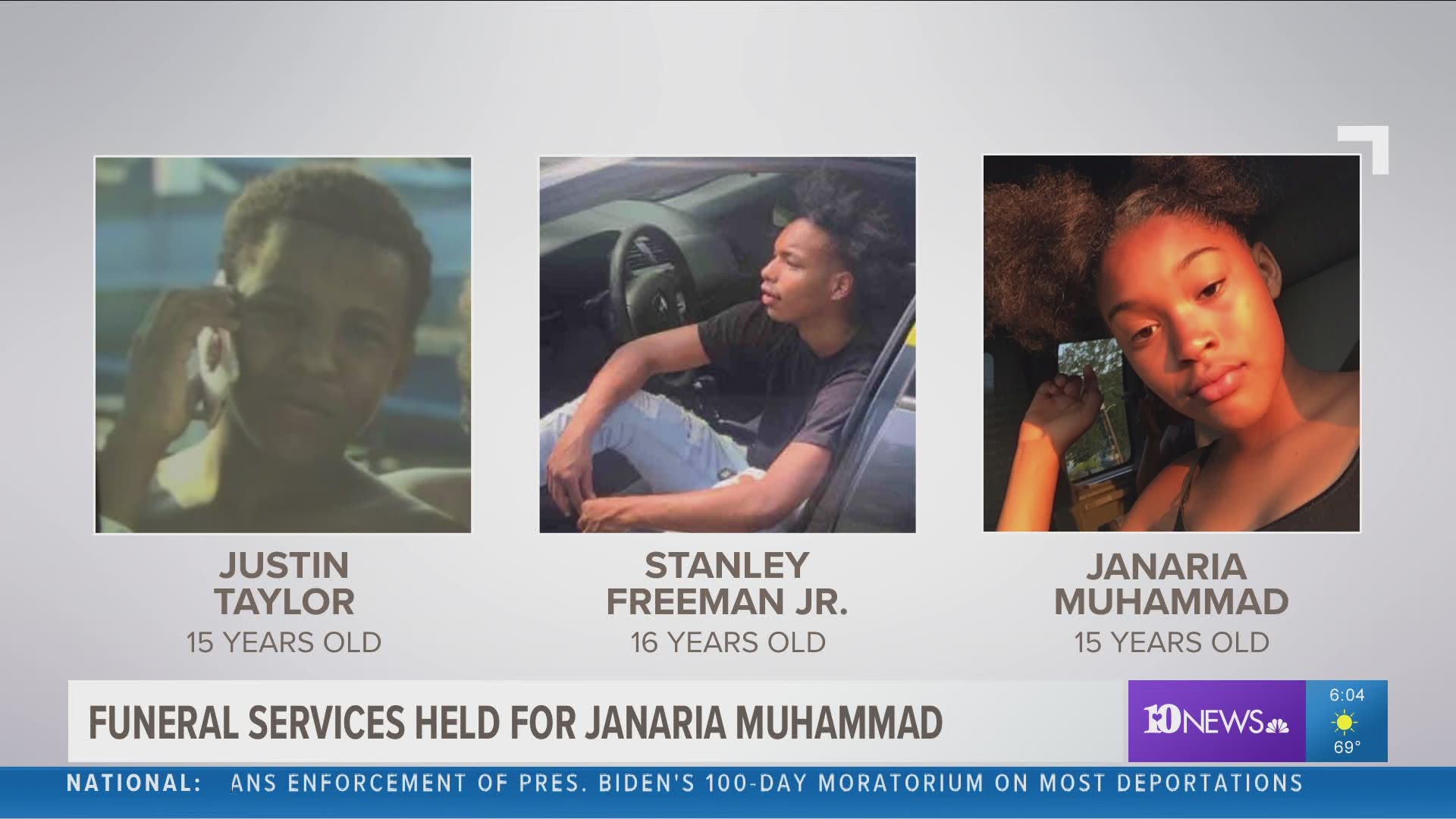 KNOXVILLE, Tenn. — Family and friends gathered at Overcoming Believers' Church Wednesday to remember the life of a teen who was killed by gun violence.

Funeral services for Janaria Muhammad, an Austin-East High School student, were held just one day after funeral services for her classmate — Stanley Freeman Jr. She was the third teen killed by gun violence in a matter of three weeks.

"She was very active in her community and had a life full of promise," officials wrote in her obituary.

It also says that she played basketball at Vine Middle School and played volleyball during the summer for the Emerald Youth Foundation. She also performed with the Tennessee Royal Gems and Pearls Dance Team.

A Celebration of Life service also took place at The Change Center on Wednesday. It concluded with a white dove release.

On Sunday night, more than 150 people, family, friends and the community showed up to remember Janaria during a memorial honoring her life.