12-year-old Abriel “Abri” Bentley from Scottsdale has endured much more than most kids her age.

SCOTTSDALE, Ariz. — It’s hard to look on the bright side of life when you’re facing hardships in life, right?

But that’s exactly what one Scottsdale girl did when she was diagnosed with cancer a few years ago.

Now, her strong will and passion for staying active are helping her reach for the stars, despite a difficult recovery from amputation.

A pediatric cancer diagnosis came as a shock

12-year-old Abriel “Abri” Bentley from Scottsdale has endured much more than most kids her age.

“When I was 7 years old, I was diagnosed with cancer and then that lasted until I was 8, so a year... and then after that I had this type of surgery called a limb salvage,” she said.

Following the surgery Abriel, struggled to walk and dance, one of her favorite things to do.

“I knew that I wanted to be able to look back at my childhood and be like I got to do this and that and this and that,” said Bentley.

Abriel was faced with a life-changing decision.

“I decided to get an amputation when I was 9 years old and I’ve had my prosthetic until now,” she said.

After she got her prosthetic, Abriel’s doctor told her she could do anything, with one exception.

“The only thing that I probably couldn’t do was tap dance,” said Bentley. “I was like watch me. ”

In fact, Abriel’s love for dancing led her to enter a national dance competition, organized by Penta Medical Recycling, all to support mobility for people living with prosthetic limbs.

“The judges, they said that they cried while they watched it, because it was so inspiring,” said Bentley.

Much to Abriel’s surprise, she won, taking home the grand prize – an electric bike!

“I got the electric bike and I ride it almost every single day,” she said. “I was like what? I literally screamed… I was so excited.”

A cancer-free future, full of inspiration

The best part of Abriel’s journey?

“4-and-a-half years, cancer-free. No evidence of disease,” she said.

A 12-year-old with an incredible story, inspiring others with every dance move she makes and now every road she takes.

“You should look at the good things, not the bad things,” said Bentley. “That will help you get through.”

Abriel recently had surgery in Minnesota to get some screws taken out that were causing her pain.

She’s expected to be fully recovered in April and then she’ll be back on the dance floor. 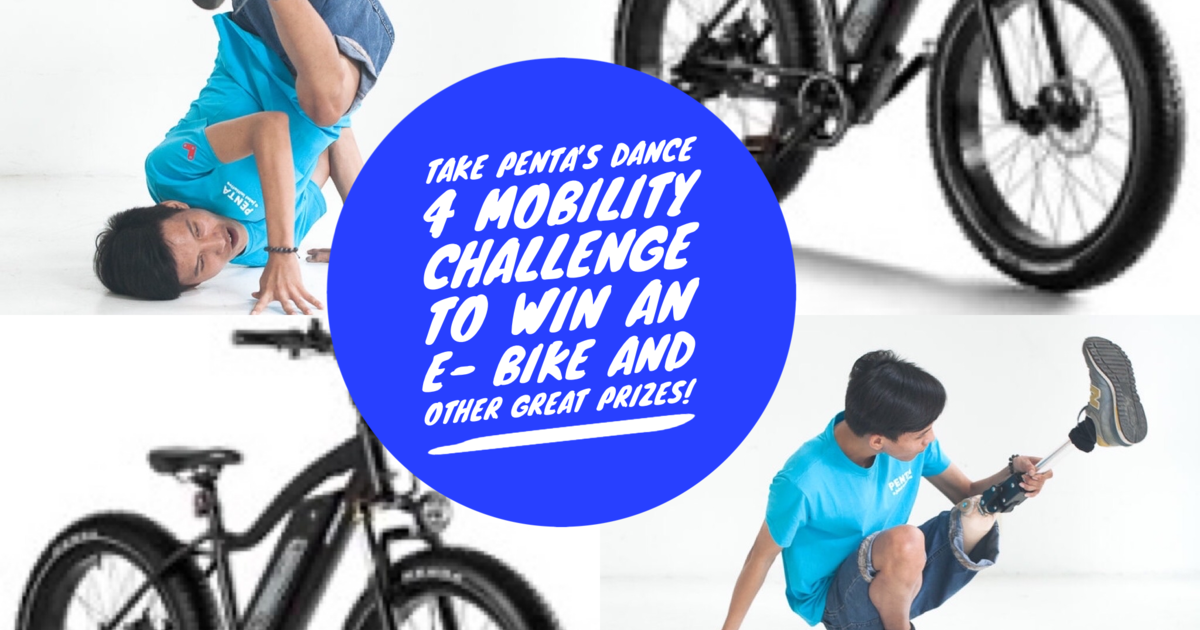 Penta's 2020 Dance 4 Mobility Challenge!
Scroll down to see what you could win! Thank you for being part of D4M, which supports Penta's mission to repurpose used prosthetic limbs for amputees around the world and provide them with the mobility they need to finish school, find work, pursue passions, and take back their lives! ...