While the present Isabella asked for may not have been tied in a bow, the moment is something she will never forget. 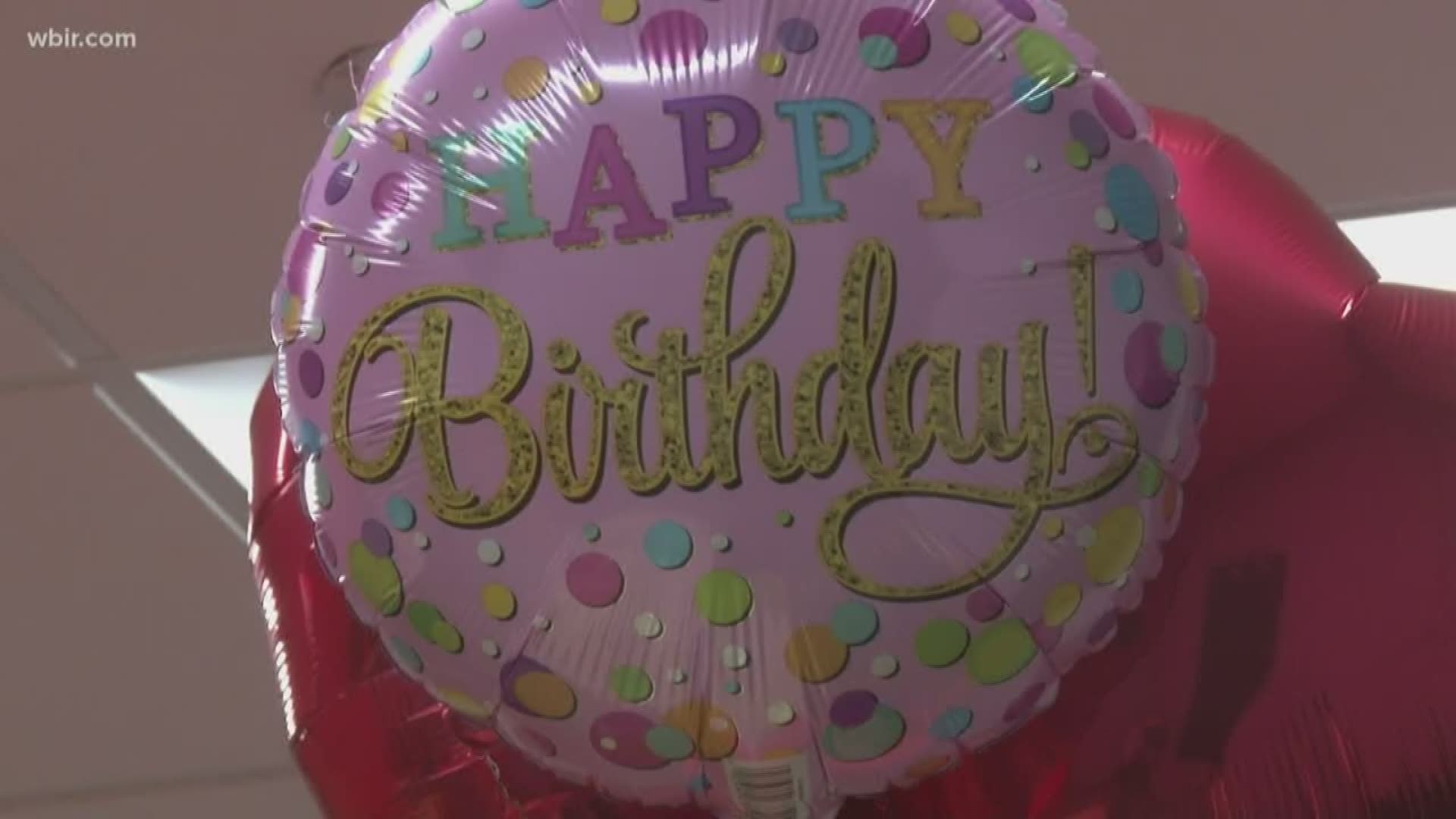 KNOXVILLE, Tenn. — A 3-year-old girl refused to turn 4 until she saw her dad who is deployed overseas in the military.

Her party had everything you would expect: balloons, presents and cake; but, one thing was missing-- her dad.

"He's been gone for about a month and a half and it is really hard," Ashley Franco, Isabella Franco's mother, Ashley, said. "This is our first time without him."

Chief Warrant Officer Luis Franco is serving our country overseas for a year in Kuwait. That news was hard to share with Luis and Ashley Franco's three children-- all under 8.

"Daddy's gonna miss birthdays, he's gonna miss Christmas, but Daddy will be back next Halloween, and so they took that a little hard," Ashley Franco explained. "They said, 'No, you can't go, why are you going so long?' She asks about him every day."

RELATED: The Change Center is moving and grooving this summer

So when it was time for 3-year-old Isabella to turn 4 on Saturday, she wasn't too fond of the idea.

"My daughter said it's her fourth birthday and she didn't want to turn 4 without daddy, so it's kind of hard on her not to have him around," Ashley Franco admitted.

To Isabella's surprise, during the party, her dad's face appeared on the big screen at the skating rink in the form of a pre-recorded video.

"Hey Bella! It's dad! How are you? I wanted to wish you a happy birthday baby and I hope you're well... Hey I love you and have fun at your party! Love you guys," Chief Warrant Officer Franco waved as the video signed off.

Isabella got her wish.

"I love you, Daddy! Love you," Isabella gazed and waved up at the screen.

The video sent from overseas was worth the wait.

Isabella got to see her dad. He was there in spirit.

"I mean it feels like he was here so I wanna thank the skating rink for everything because it was awesome and it was much needed," Ashley Franco nodded.

Seeing him was the icing on top of this now 4-year-old girl's cake.

Chief Warrant Officer Luis Franco will be back from his military service in Kuwait in October 2020. Until then, he will celebrate big moments remotely by phone and video.