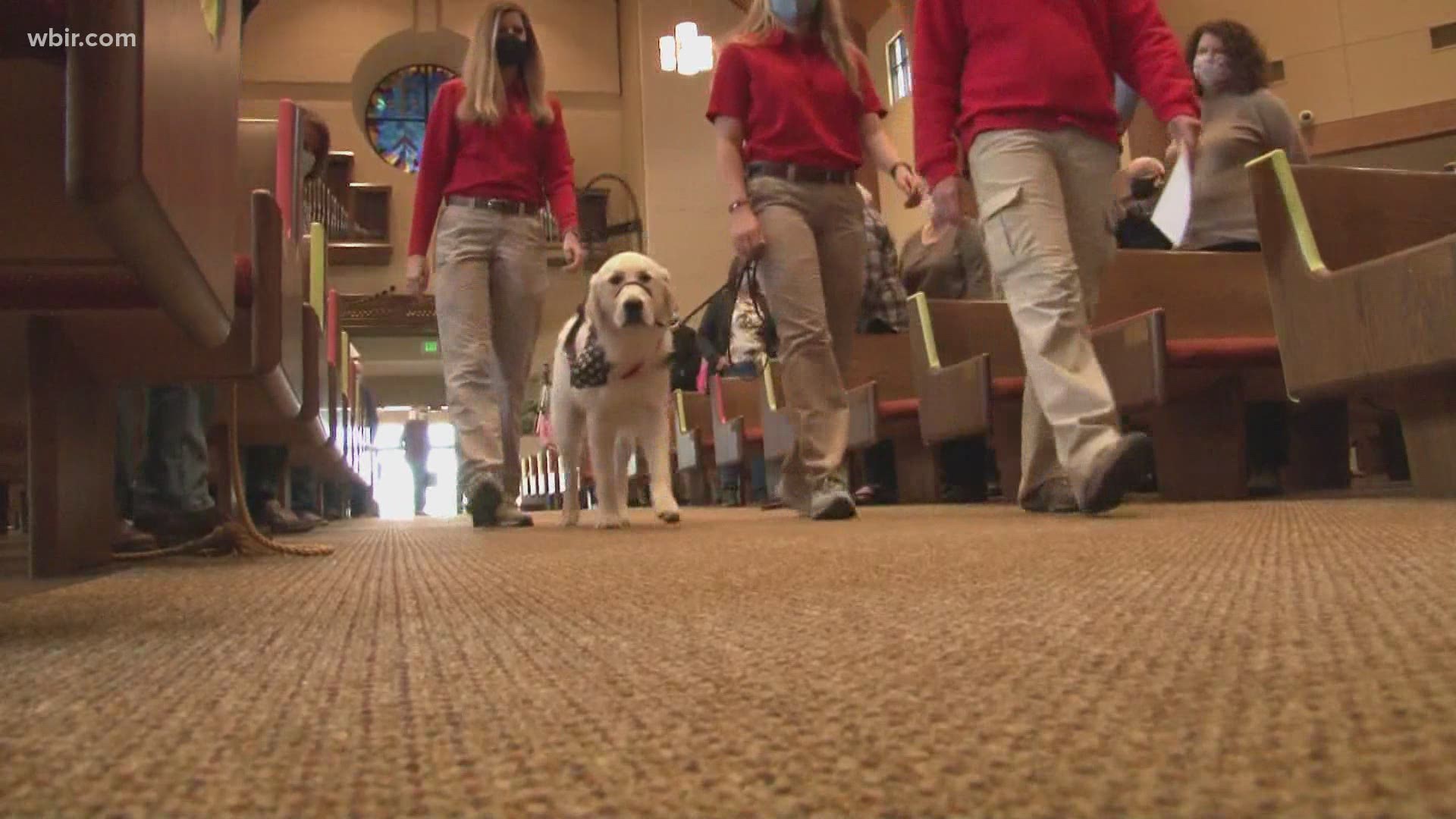 "It took on a different meaning, to me, this week. That people are willing to dedicate their lives, to give that time and a dog to a veteran, is just phenomenal," Colonel Joinson said.

Joinson served in the Air Force for 30 years, from 1980 to 2010. He is an Afghanistan combat veteran and a 9/11 survivor. He was serving at the Pentagon as Reserve Advisor to the Inspector General of the Air Force on September 11, 2001 when a plane hit the building.

Joinson was not hurt, but several others were. One of his coworkers lost his life. He said he feels blessed every day that he's living.

"Every situation I've been in, whether it's been 9/11, or whatever — if it's the door that we think is closing, it's usually something you look back on and say that was a blessing that it happened," Joinson said.

The pair were officially united after a "passing of the leash ceremony," which also served as Hondo's graduation from the service dog program. To honor the traditional “passing of the leash,” another 9/11 survivor presented the dog to the veteran.

The woman who passed the leash onto Joinson, Linda Sims, is also a 9/11 survivor. She was a GS 15 contract employee at the Pentagon. She had left a meeting to return to her office when several friends lost their lives.

She also, along with others, set up a communications center in the Pentagon parking lot to help families after the attacks.

"The wounds are not visible, but the wounds are there. The scars are permanent," Romano Sims, Linda's husband and SMSD Vice Chair, said during the graduation ceremony on Friday.

Hondo will help the Colonel physically and mentally since he struggles with spinal injuries after the attacks.

"Sometimes I fall off balance, and so that's what the handle is for — to give me some stability," Joinson said. "Because of spinal injuries, I have a hard time. I don't wear shoes to tie anymore. He can pick things up for me."

The Colonel also received a quilt of valor, cross and a custom cane on Friday.

The nonprofit, Smoky Mountain Service Dogs, offers training, a dog and a lifetime of love for free.

Smoky Mountain Service Dogs is an East Tennessee nonprofit dedicated to helping wounded military veterans. It helps provide physical and emotional support through the dogs that the staff trains up.

They just opened a new training and service center in 2020. It hopes to double the number of veterans it serves every year with the new space and resources.

Service dogs start as puppies. They graduate from pool play to mobility assistance service dogs in about two years. They usually know more than 50 commands upon graduation from the program.

The dogs are a $25,000 investment given to veterans in need of physical and emotional support.