A Good Samaritan helped save a family from floodwaters

The Rodriguezs and the Vaughns would still like to find those three men, so they can thank them as well. 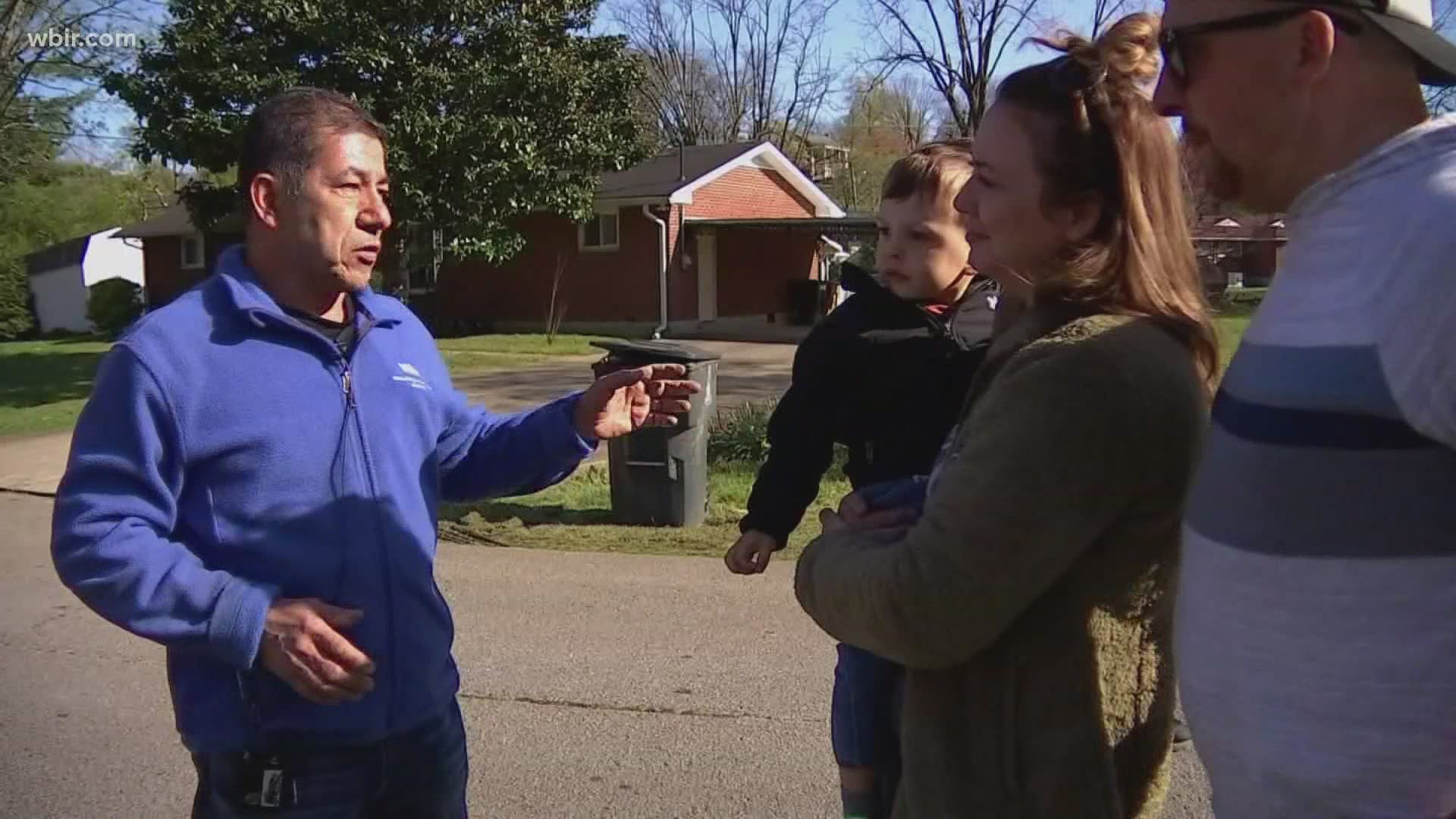 NASHVILLE, Tenn — In an emotional reunion, a Crieve Hall family got the chance to thank a man who saved their lives in Saturday night’s flood.

“How do you thank somebody for saving you?” Kelly Vaughn told the Good Samaritan she met Friday, wiping away tears in front of her family’s destroyed home. “There’s nothing big enough, there’s nothing grand enough.”

Nearly one week earlier, on Saturday night, Cayce Vaughn woke up for a midnight snack. “I looked out the window and saw water all the way up to our shed.” He noticed the water was higher than what is normal when it rains, so he woke his wife, Kelly. “If this gets any higher, we may want to think about getting out of here,” he told her.

He moved their cars and by the time he got back, the risk they were facing became glaringly evident.

“Within a matter of 15 minutes it was probably three and a half feet high,” Cayce said. “Now’s the time to get out.”

He and his wife, carrying their three-year-old son, grabbed what they could and left.

“As soon as we got to the driveway, the current was the strongest,” Kelly recalled. They were nearly swept away by the water almost immediately. “I couldn’t gain a hold of anything, and [Cayce] grabbed a hold of the rear windshield wiper and a hold of my backpack to catch us.”

The water pinned them to their SUV. Unable to move, they began to yell for help.

“I just prayed to God, ‘Please help us. Please send help. We need help right now,’” Kelly said. They watched as cars reached the end of their street and turned around. “Pretty hopeless feeling,” Cayce said.

Finally, a truck carrying five men stopped and the driver got out with a rope.

“He told me to get the rope with my right hand, and he grabbed a hold of my left forearm,” Kelly said. “And he just started walking backwards up the driveway. I started sobbing, ‘Thank you, thank you.’ And he said, ‘God sent me here.’ And I said, ‘I literally was just praying for you.’”

Until Friday, the Vaughns had no names for the men who saved their lives.

“Hi, were you in the back of the truck?” Kelly asked the man who stopped by their house Friday to “check on the baby.”

“I sat next to you!” She said as she and her husband recognized Humberto Rodriguez, one of the men in the truck.

“When we come here, we see you and the baby. And my son said, ‘Stop the truck! Stop the truck! It’s a baby!” Rodriguez explained he and his wife were desperately trying to reach their daughter, also trapped in her home on the Vaughns’ street.

He and his son met three men at the corner, who volunteered to take them to her. They rescued several families on that Crieve Hall street that night, including the Vaughns. The Rodriguezs and the Vaughns would still like to find those three men, so they can thank them as well.

The Vaughns will rebuild their home and will decide at a later date whether or not they will return to it. They also said that their beloved boxer, whom they had to leave behind in the flood, made it too. They found her sitting on their bed when they returned home the following day.