Knoxville Parks and Recreation employee celebrates 15 years of cleaning city's parks, with many more to come

Arlandis Ramsey found life-long employment through the City's initiative for all-inclusive employment, and officials called him a stalwart of the department. 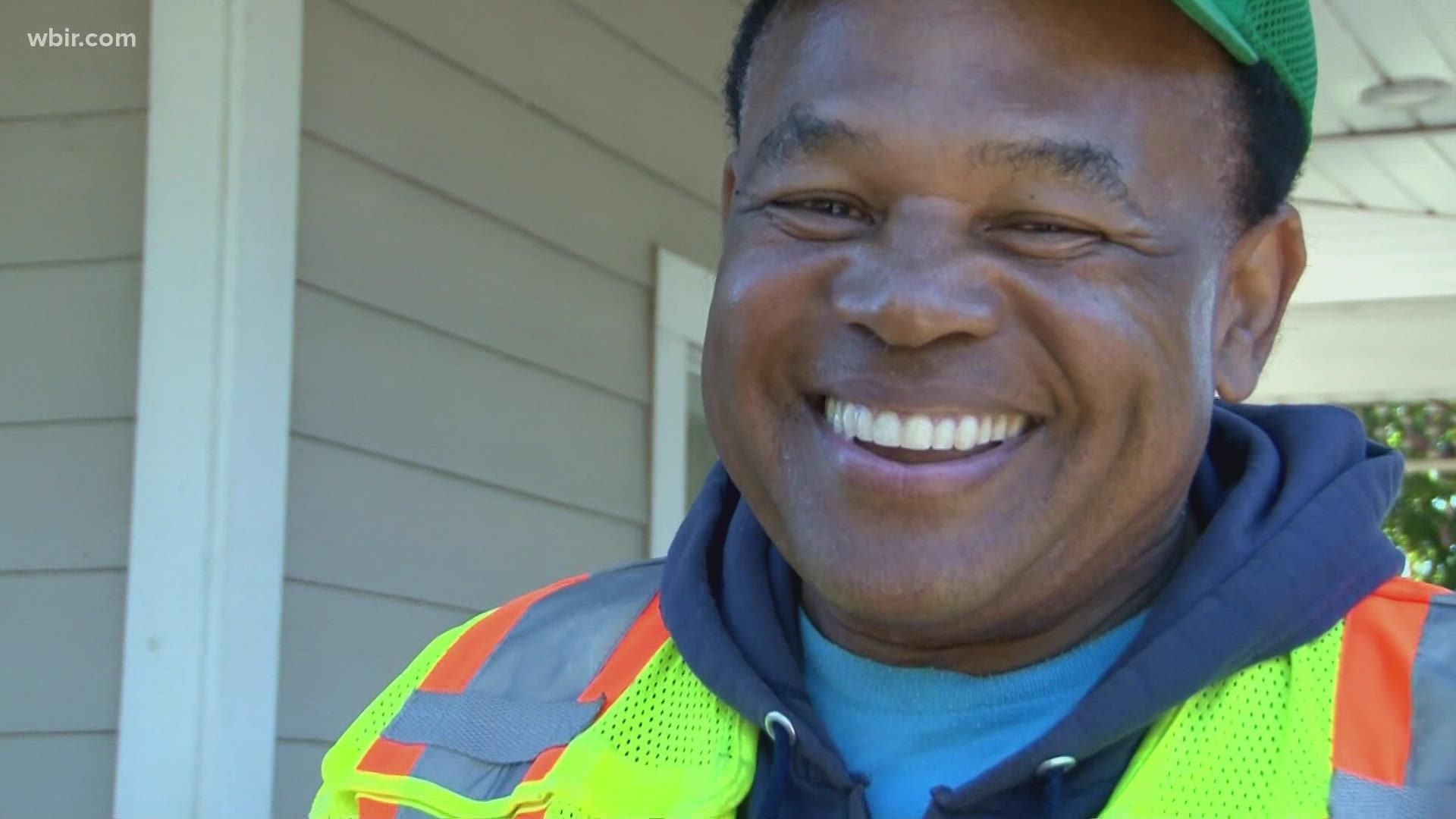 KNOXVILLE, Tenn. — You may have seen him before. Arlandis Ramsey is everywhere, and seemingly all at once. His personal motto may be "no piece of trash left behind," and he is a professional at predicting what items he will find.

"Mostly bottles and cigarettes. That's what I find around the park," Ramsey said.

He has been cleaning up Knoxville's public parks for the last 15 years.

That's enough time to become more than familiar with several locations. Ramsey helps with the upkeep of at least five parks per day. On Friday, his first stop was Caswell Park. Ramsey said this one is his favorite.

"I am sorry, I know I am going fast," Ramsey said as he speed-walked through the park lifting up each piece of trash in sight.

Keeping up with Ramsey's pace is a challenge.

"He likes being outside, but obviously, you have to be able to keep up with him," said Delia Robinson, laughing. She is the Director of Employment at Sertoma.

Robinson has watched Ramsey grow for the last 15 years. That's when he first started with Sertoma's Supported Employment Program.

"He tried several jobs with us at first, but this one was the best fit," Robinson said.

Ramsey said he immediately liked the idea of the position, and the Parks and Recreation Department immediately felt like he would be a good fit.

"They hired me on the spot," Ramsey said.

Sertoma has a partnership with Parks and Recreation in Knoxville. They work together to provide employment for people of all different ability levels.

"He's very passionate about what he does and how he does it," Robinson said.

When asked why he likes the job, Ramsey said he wants a way to keep himself busy. At work, he feels excited. After work, he relaxes at home and of course, makes sure his home is sparkling clean.

Robinson said Ramsey is differently-abled. He has some developmental disabilities that sometimes make it difficult for him to articulate his thoughts and be in large crowds. However, Ramsey is an extremely hard worker. He is thorough at his job, and extremely kind to those around him.

"He always makes sure that he asks how I am doing. He is a very patient person," said Larry Thomas, Ramsey's employment coach. "So yeah, he makes sure you're having a good day."

Over the past 15 years, Thomas has learned a lot about Ramsey.

"He's very passionate about his job. He wants to work, and he wants to be independent," Thomas said.

Knoxville Parks and Recreation has found a lot of success with its all-inclusive employment strategy.

Of course, Ramsey has been one of the city's greatest employees to come from the program.

"For somebody to work in a part-time position for 15 years; there are not many of those people," Browning said. "He is a stalwart in our department."

He's about to turn 62 years old in November.

"He will tell you that if he doesn't do it, he knows Parks and Rec will make somebody else do it. So he's determined that he's going to keep working until he can't work anymore," Robinson said.

So, if you find yourself at one of Knoxville's public parks and you see Mr. Ramsey. Be sure to give him a smile. He always smiles back!