Deputy used AED and administered CPR to save the life of a man who's heart stopped beating on July 13. 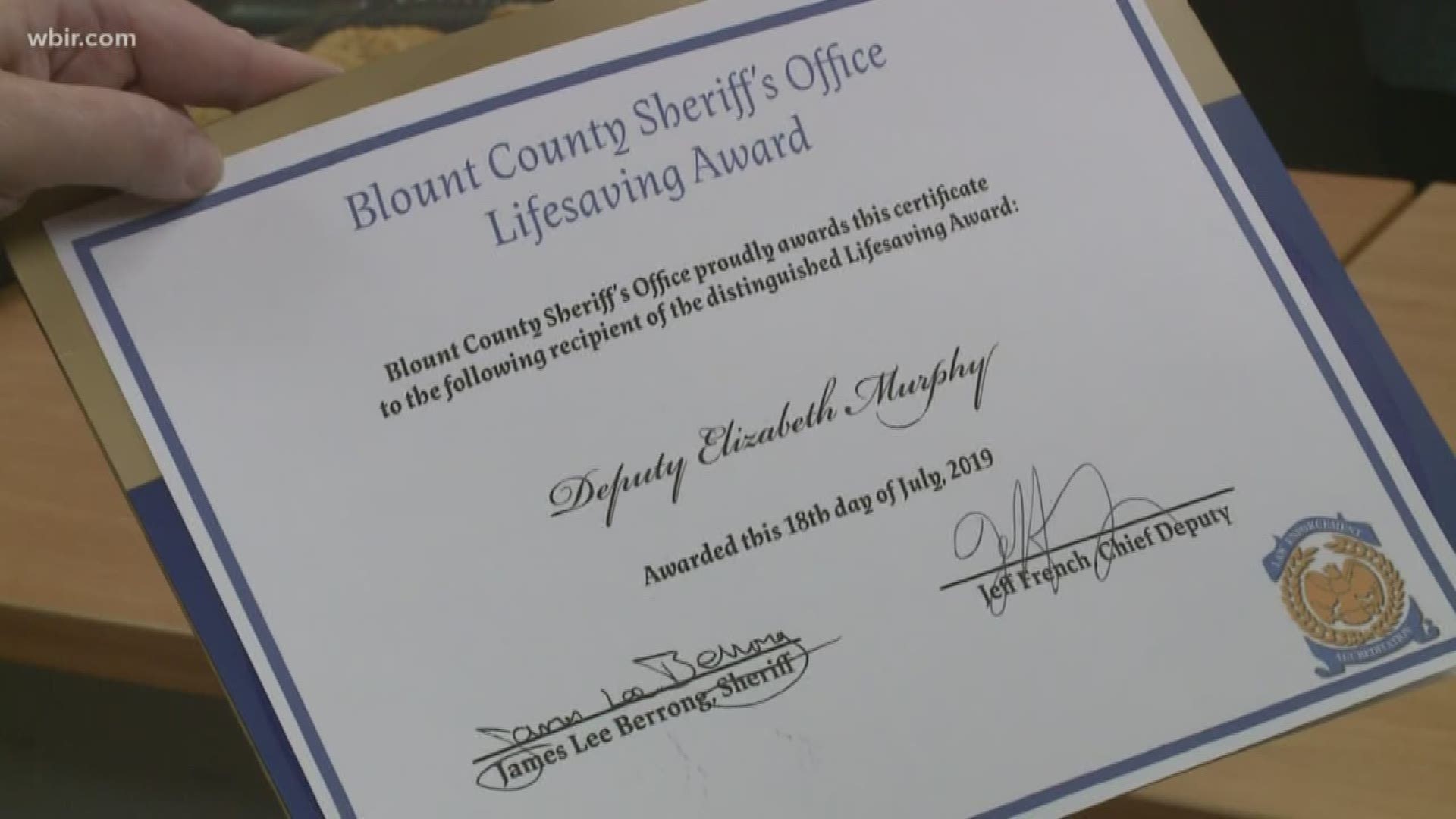 MARYVILLE, Tenn. — A Blount County deputy who saved the life of a 21-year-old man back in July received an award this week for her quick actions.

Seth Lafollette's heart stopped beating when he and his friend were participating in a fishing tournament on Fort Loudon Lake on July 13.

Physicians credited Murphy with saving the man's life as they said he would not have recovered if not for the shocks she delivered with the AED, putting his heart back into rhythm and beating properly.

Lafollette, who has recovered, was not able to attend the award ceremony Wednesday due to work but his mother attended and had the honor of personally pinning the Lifesaving ribbon on Deputy Murphy's uniform.

Deputy Murphy is one of 33 Emergency Medical Responders employed by the sheriff's office.

The EMR program was started in 2017 as a way to enhance medical services in Blount County due to Deputies often being first on the scene to medical emergencies. The Sheriff's Office plans to add an additional 10 EMRs each year.