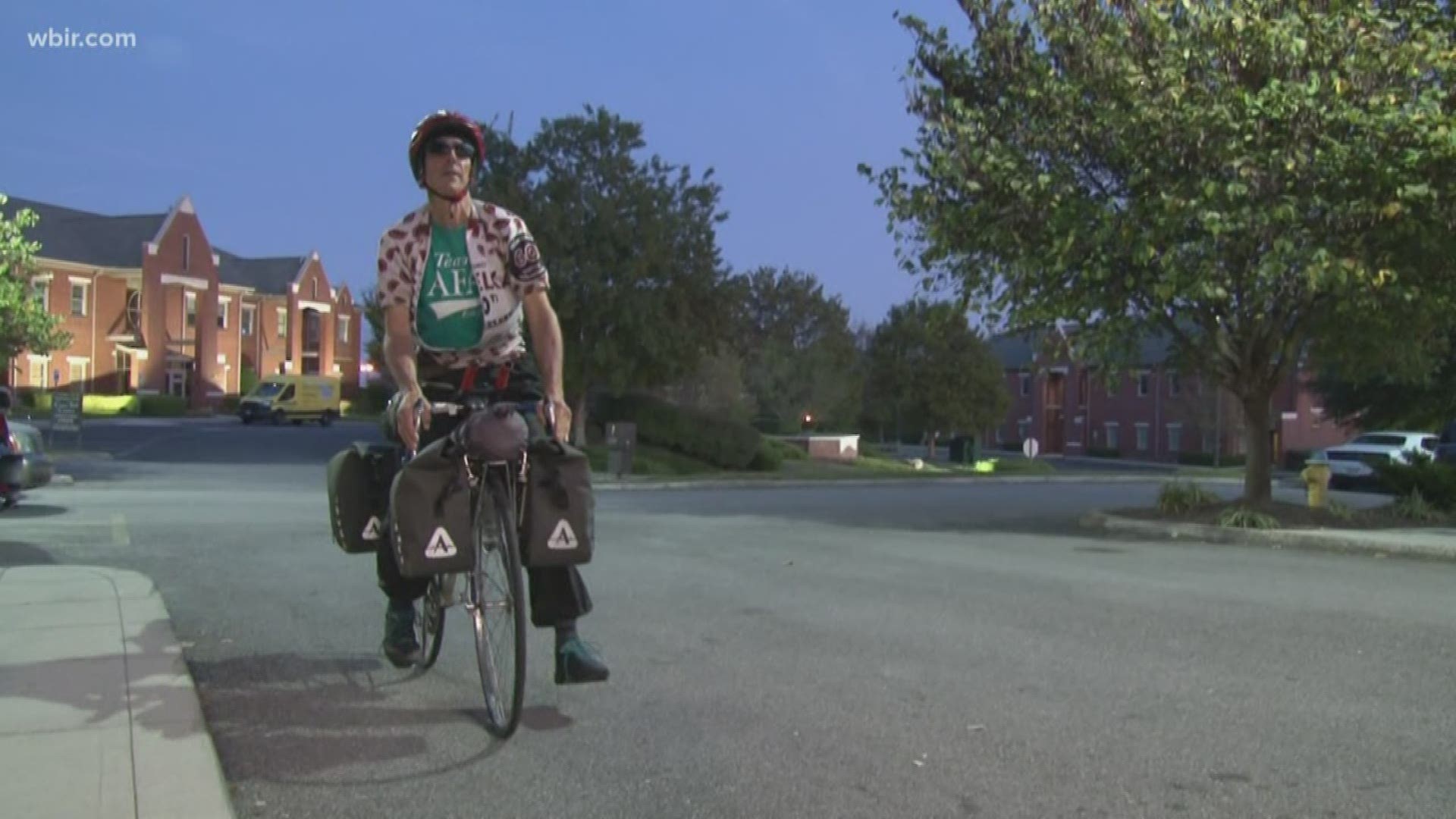 One man is on a journey across the United States for a good cause and stopped through Knoxville Thursday evening.

Gregory Filson is an avid cyclist, world traveler and Soto Zen Buddhist monk. He's currently on the first legs of a 3-month, 3,300-kilometer cross-country bike ride from D.C. to California to raise money and awareness for the Alzheimer's Foundation of America.

Filson was ordained as a monk in 2010 while living in Japan.

For him, 'hope has 27 gears.' This is the second year he's ridden cross-country -- only this time he is completing the circle he started last year when went from San Francisco to D.C. to support Children's Healthcare.

Along the way, he's visiting Zen centers, temples, schools, Yoga groups, as well as Alzheimer's clinics and research facilities. Filson said he's riding in honor of his father who passed away from Alzheimer's and his uncle who died from Lewy body dementia.

He said even though he is experienced with cycling, his first cross-country ride proved challenging in parts. The experience he earned last year has helped transform this ride into an entirely different experience.

"I've been cycling basically all my life. I got a road bike from my father when I was 13 years old," he said. "This time is all about talking to people, thinking it through, listening to what people say and taking in all kinds of experiences."

He said he rides about 40-70 miles each day depending on the terrain. Along the way, he's taking everything in.

His ride through Tennessee will next take him into Arkansas, Oklahoma, Texas, through the Rockies and beyond until he reaches the West Coast.

If you'd like to help the Monk on a Bike and support his mission to end Alzheimer's, he has set up a couple of methods. Those interested can either head over to his Alzheimer's Foundation donation page at this link, or text 'monkonabike' to 44321.