'Compassion at its finest': Rural Metro first responders pray with woman in need

"Is there anything we can do for you before we leave, and she said 'I just need some prayer.' You could tell that doing that for her was more than anything medically we could have given her." 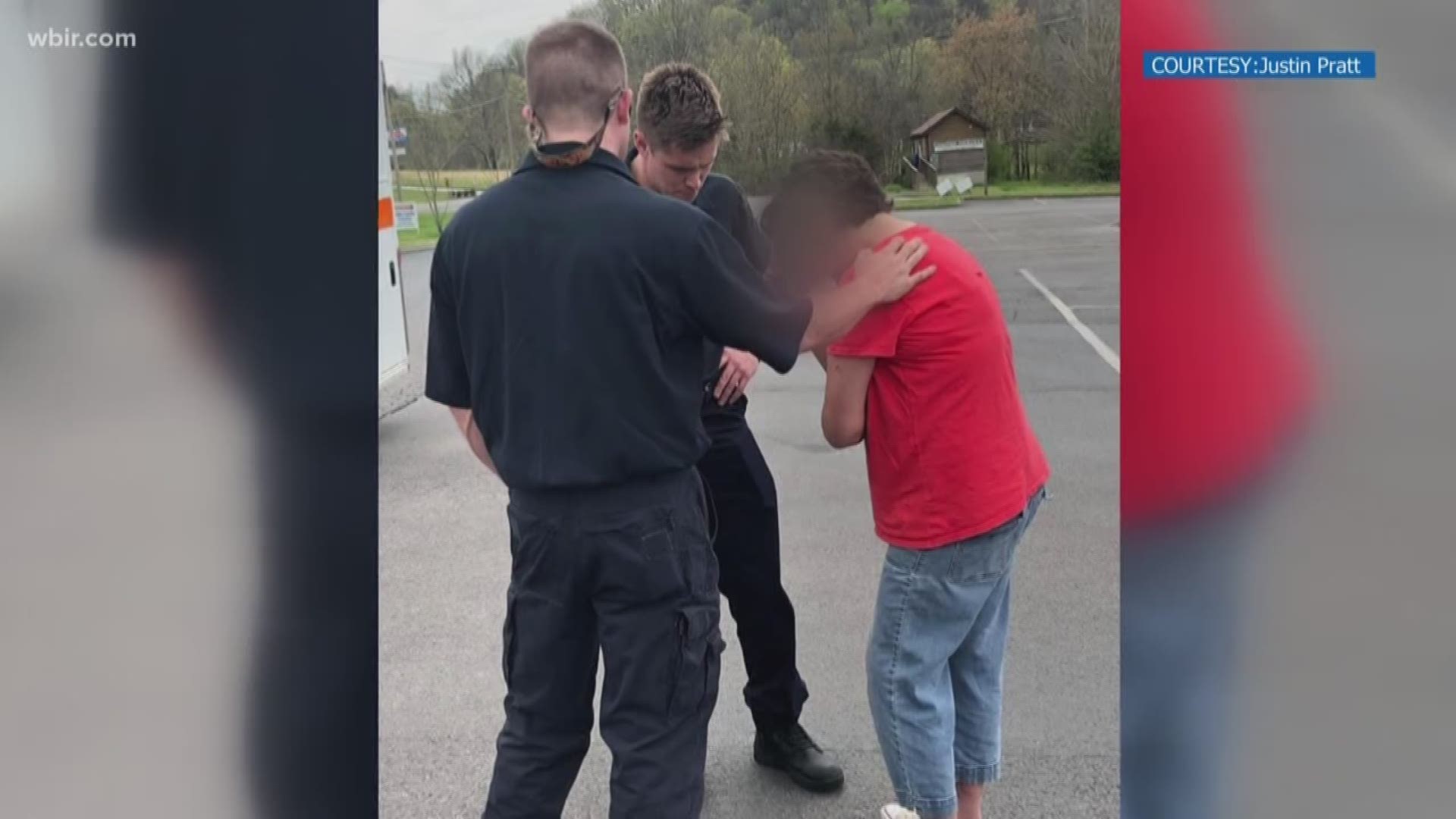 KNOX COUNTY, Tenn. — Two first responders with Knox County Rural Metro learned recently that their faith has power to help others in need.

The story has attracted a lot of attention locally after it was brought to light by Justin Pratt, a senior pastor at Clear Springs Baptist Church in Corryton.

Last Sunday after church -- Pratt said he went across Tazewell Pike to the shopping center across from his church.

While there, he noticed a van speed off -- which brought his attention to a woman who appeared to be distressed. She cried while sitting on the curb at the parking lot.

At first he passed her up, but something about it didn't sit right with him about it.

"Something in my gut just told me to go back and check on her to make sure she was okay," Pratt said.

He turned around and went to check on her. It was then he learned she had been kicked out with no where to go.

"I asked her if I could do anything, if I could get something to eat, and she declined," he said.

Instead of leaving her be, Pratt went to grab first responders at the nearby Rural Metro Fire Station No. 34, saying he was concerned for her health and the situation she appeared to be in.

As he pulled up, one of their ambulances was just returning from a call on a busy day. Pratt asked Firefighter/EMTs Blake Sexton and Grant Hickman if they would go and check on her.

The woman told the two she didn't need to go to the hospital, but they still felt the need to help her in some way.

"Is there anything we can do for you before we leave, and she said 'I just need some prayer,'" Hickman said.

The two obliged immediately. Sexton said the woman then started crying, but he believes they were tears of joy this time.

"I led us in a word of prayer, and from her emotional expressions... you could tell that doing that for her was more than anything medically we could have given her," Hickman said.

"This is compassion at its finest," Pratt said. "Our prayers are that she's safe and secure somewhere today."