'Criminal history doesn't have to define them' | Lonoke Co. inmate gets second chance

Branden Sawyer went from jail inmate to employee--all thanks to a promise kept and the Arkansas Community Correction's reentry program. 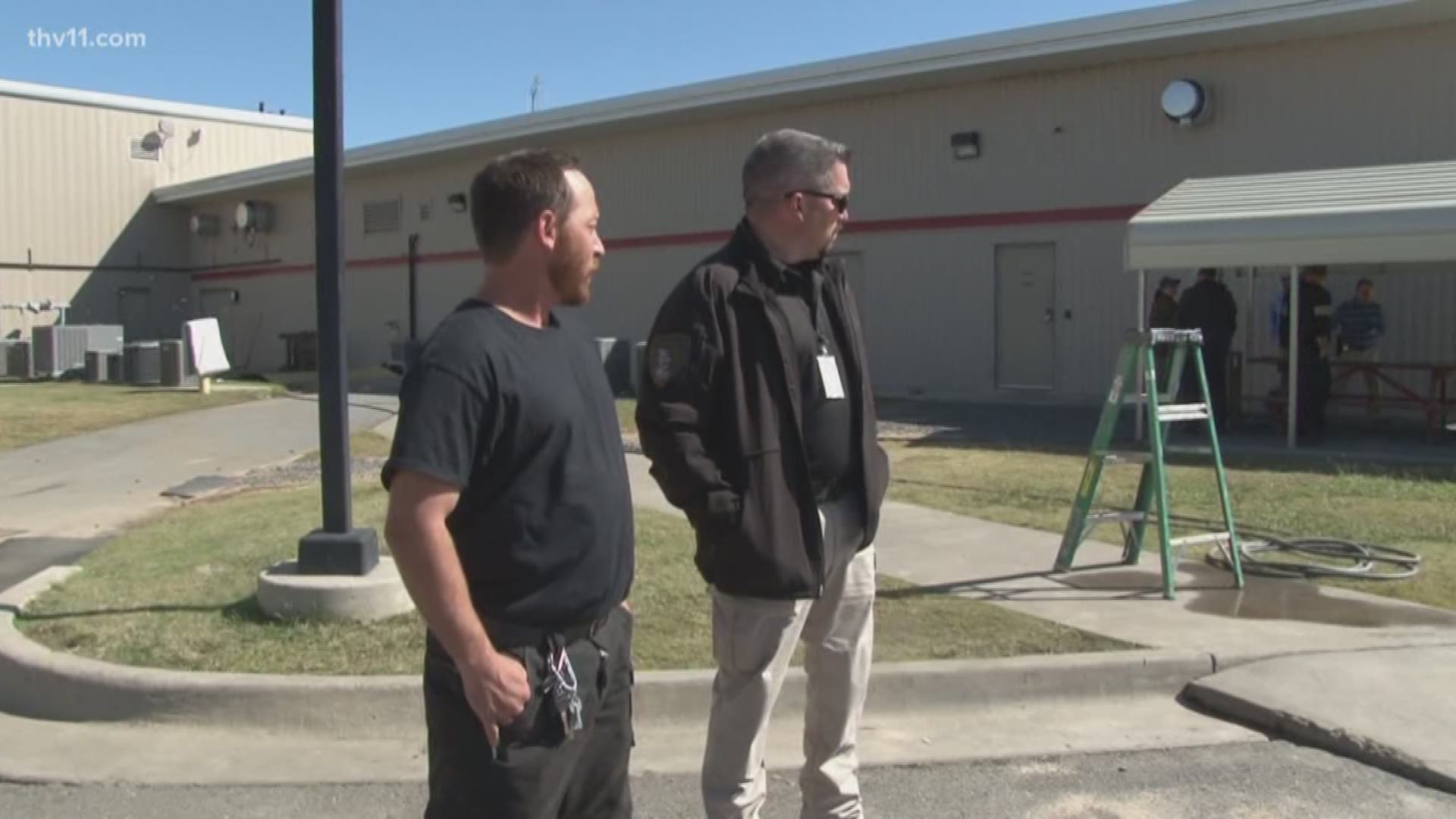 LONOKE, Ark. — It's what some might call coming full circle.

Branden Sawyer is one of the many success stories who have come out of Arkansas Community Corrections reentry program.

He did hard time at Lonoke County's jail, but is now a full-time employee there.

Lonoke County Sheriff John Staley said the office only has two spots available where they can hire people with a criminal background.

He said leaving one of the two spots available for Sawyer was a promise worth keeping.

It's a story of unwavering trust--a story of second chances.

"To get out and that position is still there for me, it's a big thing," Sawyer said.

He said he wasn't the man he is today, years ago.

"I was convicted of gun and drugs," Sawyer said.

He spent 16 months at the Lonoke County jail behind bars, working as a trustee.

"I had to mentally get myself back going in the right direction," Sawyer said.

That's when he was chosen to go through the Arkansas Community Corrections reentry program.

Carrie Williams, Assistant Director of the reentry program, said it started in August of 2015 and it enables the ADC to screen individuals who have up to 18 months left before they are released from prison.

"So they're not getting a gate check and a bus ticket to the parole office, they are actually getting a slower transition back to the community," she said.

She said it is all things to get them back on their feet.

"It gives them a little time to understand that criminal history doesn't have to define them; that they can be productive and that they will be," Williams said.

Sawyer did just that by becoming one of 1,600 to graduate from the program with a job waiting for him at Lonoke County Sheriff's Office.

"I told him, I said, 'when you get out, do your reentry and do a good job, come back and I'm going to put you to work,'" Staley said.

Staley said Sawyer has impacted all of their lives in a way he could never imagine.

"He says he looks up to me, but we look up to him just as much because he is going down a tougher road than any of us has ever traveled," he said.

Making a complete 180, now Sawyer said he travels down a road that has taken a positive turn.

"I am the shop supervisor," he said.

From criminal charges to a new employee, Sawyer wants everyone to know there is hope.

"Even how hard it is or what's going on in your life, that as long as you focus and put the effort to it, that good things can change," he said.

Williams said ADC hopes it can keep growing the reentry program, so there are more success stories like Sawyer's.