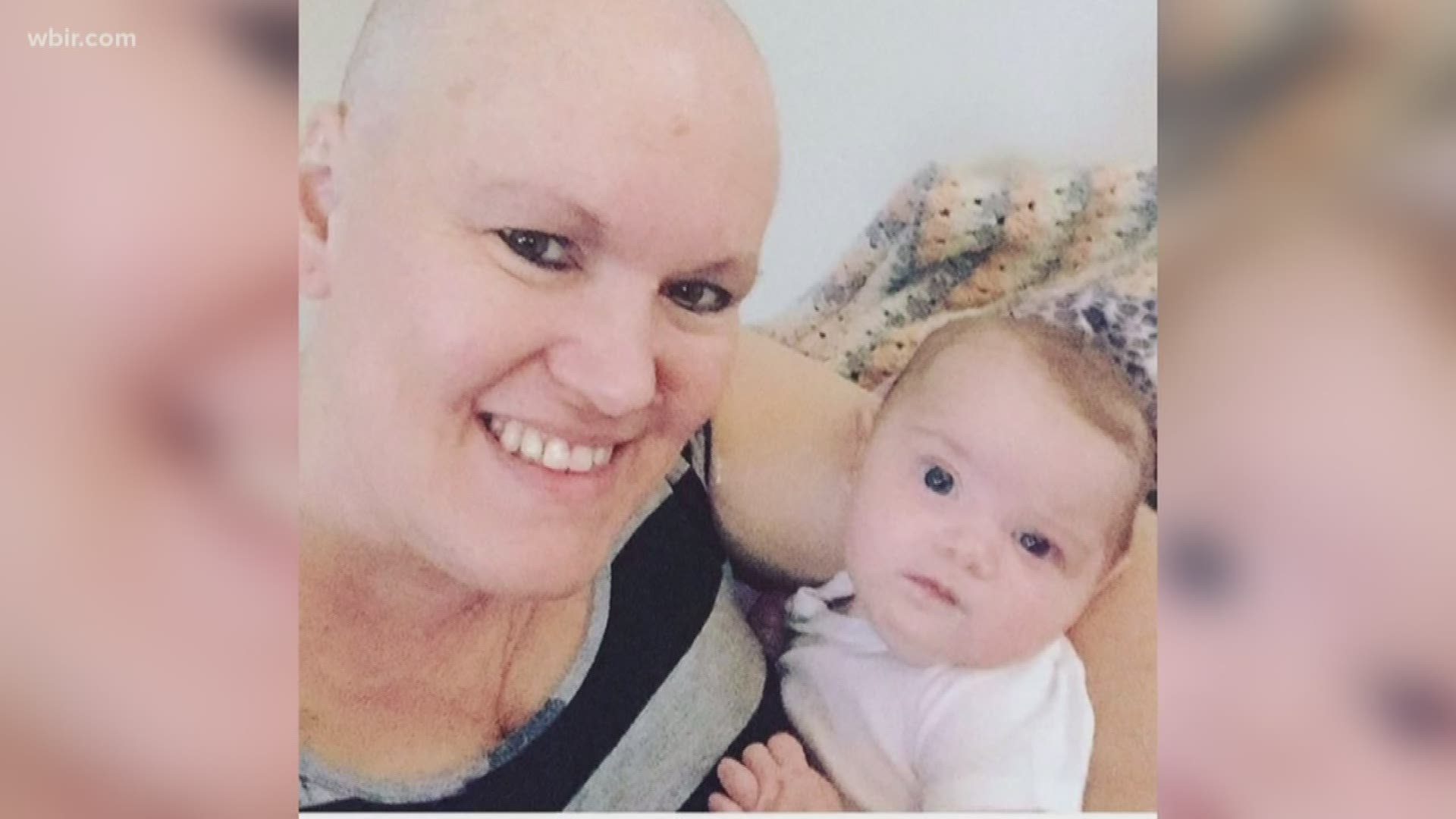 POWELL, Tenn. — An East Tennessee breast cancer survivor is spreading the message of not taking life for granted. It's a strong lesson she learned after battling the disease for eight years.

"I mean cancer, you think I'm not gonna live," said Tonya Cagle. There are a lot of little moments she never thought she'd see.

She thought her life was nearly over when diagnosed with cancer in 2012.

She fought it hard, but after she was clear the cancer came back metastatic a year later.

"After the second time I was automatically a Stage 4. So Stage 4, you think 'Okay, you're not gonna make it.'"

She fought again and won, but five years later: "Sure enough it was back again. Back to the hair falling out."

Support from her family, friends, the Komen organization and students and teachers from Powell High School's special education department got her through it for a third time.

And all those little moments she was there to see.

"I've seen my kids married, I've seen them graduate, I've seen my granddaughter born," said Cagle. I'm just happy to be here for all the little moments I never thought I'd get to see."

With the race just more than a week away, she says crossing the finish line is indescribable.

"When I was first diagnosed my legs didn't work and we didn't think I'd be able to do it."

She's walked across it seven times now and about to do it again.

"I'm thankful to be alive," she said. "Don't take life for granted."

Doctors have found no evidence of the disease since Cagle was last treated.

You can help raise awareness of breast cancer. Join WBIR for the Komen Race for the cure Saturday, October 19 at World's Fair Park.