Giving people a chance to pay it forward is exactly what Baton Creole in East Austin is looking to help with. 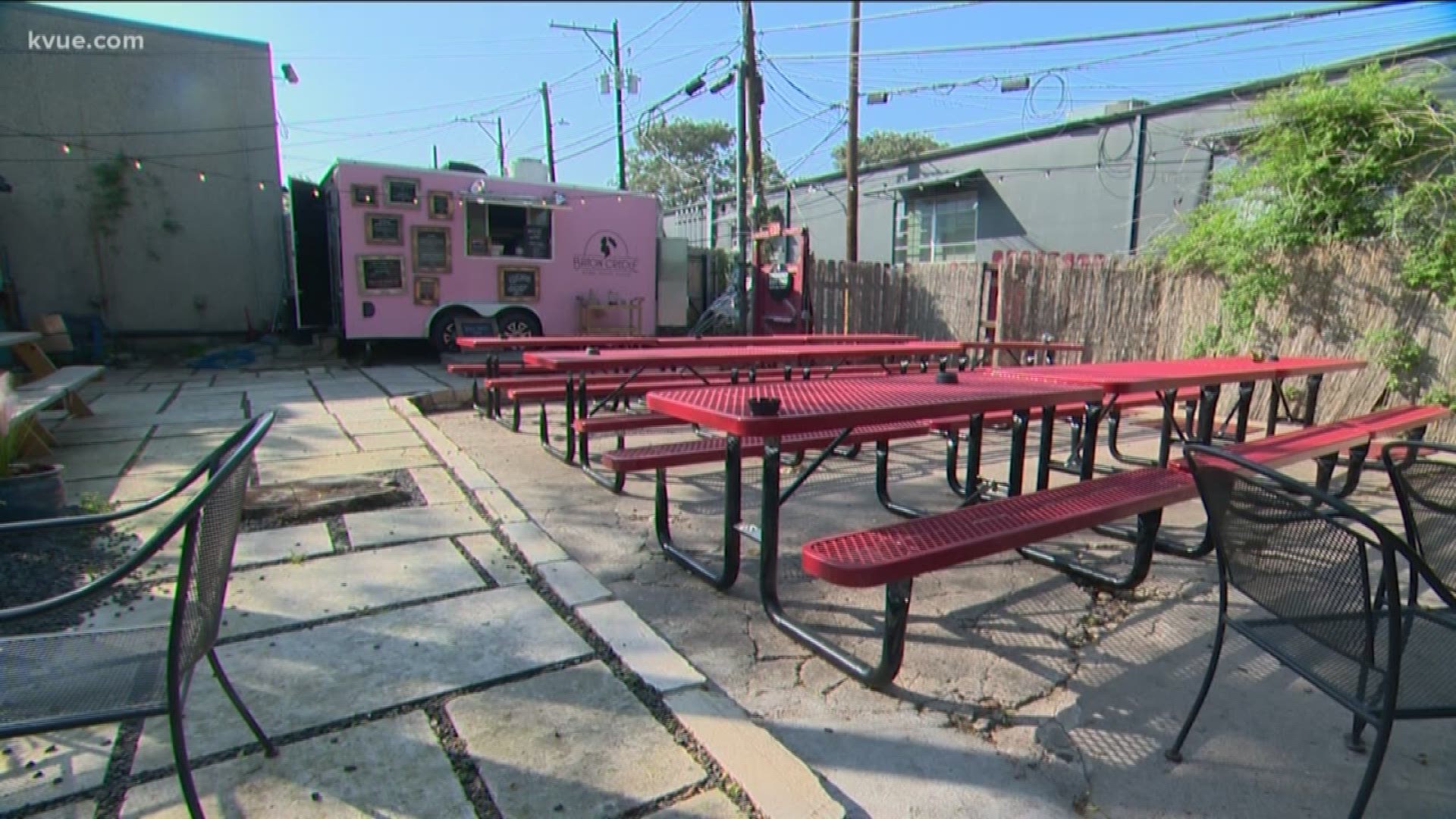 AUSTIN, Texas — A lot of people who work in the service industry are out of work due to the coronavirus pandemic, but a food truck in East Austin is stepping in to help and hoping some people pay it forward.

It's the goal of a lot of places in Austin to keep moving forward even when they're closed down, places like the bars and restaurants on Austin's East Sixth Street.

"I don't know if you've driven down Sixth Street, but it's very dark right now," said Lynzy Moran, owner of Baton Creole. "Yeah, I think everybody in the community is trying to figure out how to sustain, not even for themselves as a business owner, but how to sustain employees."

Baton Creole is a food truck located behind Shangri-La off of East Sixth in Austin. Even though the bar is closed, the food truck is allowed to stay open on the back patio.

When COVID-19 shut down much of the service industry and many workers became unemployed, Moran was looking to help and offered significantly discounted plates – $3 instead of $10. But after she started that, it grew even bigger. She calls them "Pay It Forward Plates."

"I started having more and more people email me like, 'Hey, can I pre-purchase meals for people like this and like that and whatever.' I was like, 'You know what? This could maybe work,'" Moran said. "One-hundred percent of proceeds right now are going only to my staff and to buy more food to keep on with this movement of helping those around."

"I think it's a great idea. I'm really happy that it's taken off," Samantha Phelps said.

Phelps was one of the first to purchase a plate for someone else after hearing about it through Instagram. Her husband is a musician and she works for a nonprofit helping musicians, so she sees how this can help more than most.

"The amount of money I donated to Lynzy's Pay It Forward Plate program is what I may have spent a week out tipping at bars and restaurants, so for me and because I have reliable income, it felt like I could do that," Phelps said.

It's a way to keep everyone moving forward and let people show their best – even in some of the worst situations.

As of April 10, they have delivered more than 200 meals to hospital workers. On the 10th they brought meals to the ICU, ER, and respiratory department at Seton Ascension.

Moran, said this is the least she can do.

"I feel like with cooking this is the absolute least I can do. They're the ones that are putting literally their lives at risk, and they're on the front lines and I know that if anyone I know is coming down with this terrible virus they'll be taken care of by these amazing medical workers," she said.

If you are interested in purchasing a Pay It Forward Plate, you can find out how on Baton Creole's website.

Restaurant owner giving away food to families in need