Here's how one East Tennessee woman helped save a stranger's life. She hopes her story inspires more people to donate. 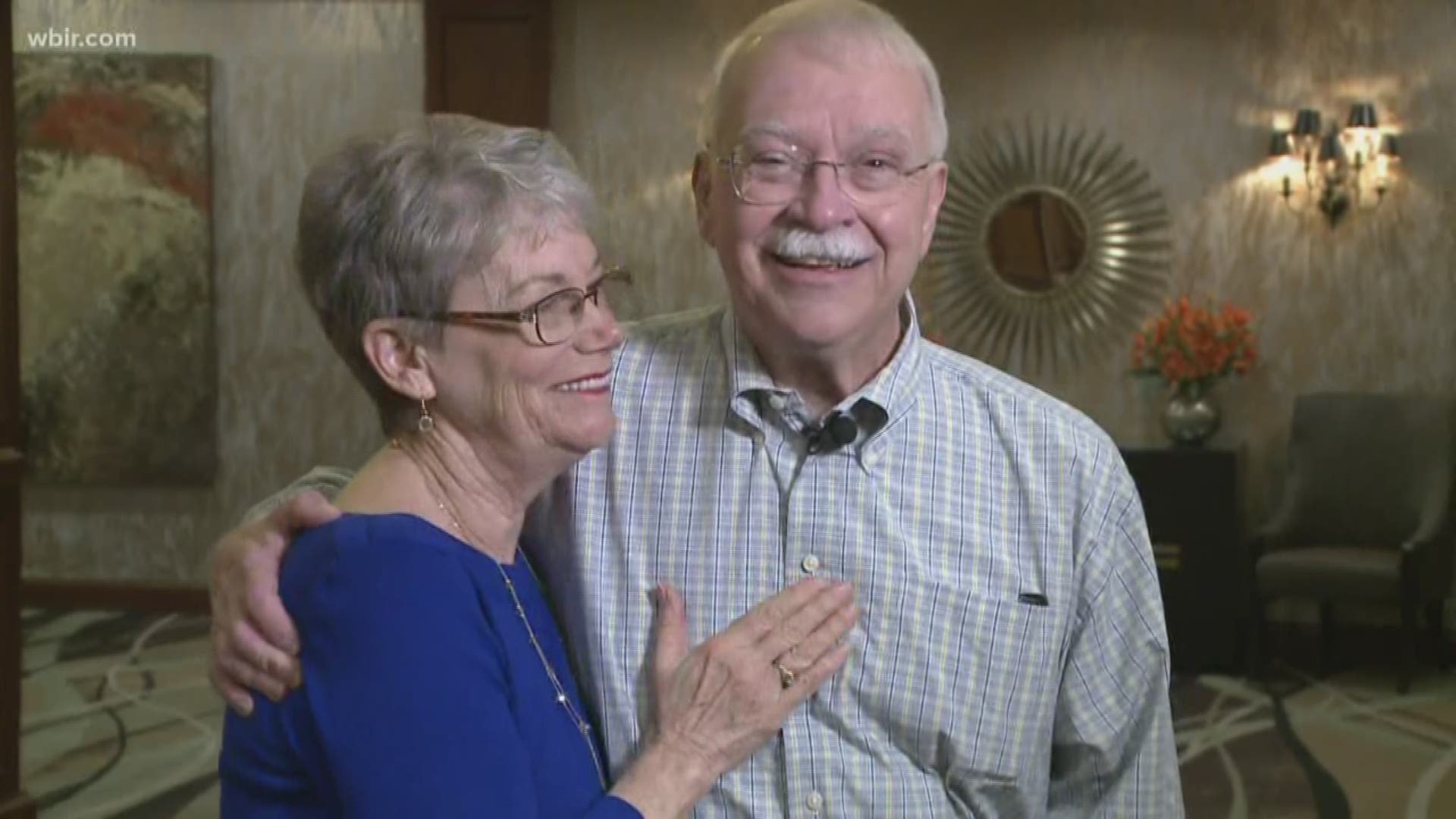 An East Tennessee woman and the man whose life she saved are stressing the importance of becoming an organ donor.

"I really feel like I helped a lot of people during that 40 years, but I don't know if I saved anybody," she said.

Bailey said he had been on dialysis since 2013.

The two were matched after Bell said she saw a  2017 news report about an Alcoa Elementary School teacher in need of a kidney. Bell said she prayed on it, and decided to see if she could be a living donor for someone.

RELATED: School rallies around teacher who needs a kidney transplant

Through the process, she was matched with Bailey. The donation not only gave him life, it allowed him to live again.

"It completely changed my life from a death sentence. I get to spend time with my wife and family and friends that I never could have done," he said.

Bell said she has no regrets about donating her kidney. If you'd like to give the gift of life but aren't sure about being a living donor, Bell said you can still sign your donor card and talk to your family about your wishes should the unthinkable happen.

"You have so many beautiful organs that can go to saving someone's life," she said. "I saved him. It's a wonderful feeling to give up three weeks and save someone's life."

You can find more resources and learn how to become a living donor on the Health Resources and Services Administration's website.