Community members scribbled messages on dozens of balloons and released them into the clouds with hopes they would make it to heaven. 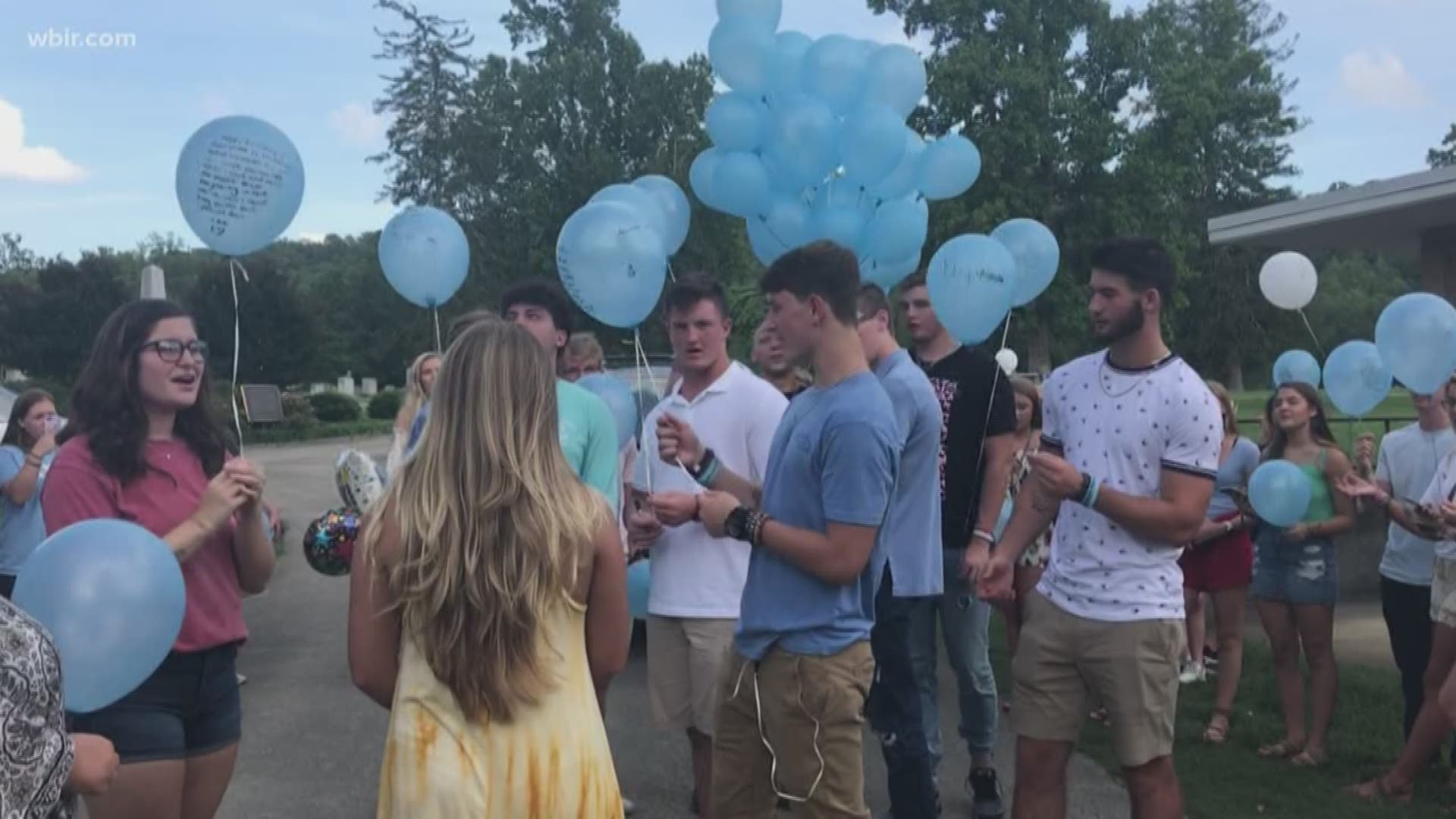 KNOXVILLE, Tenn. — Christian Munday said his brother was the kind of person who left a mark everywhere he went.

"We're here to celebrate the life of my brother, it's his 16th birthday today," he said. "He was an amazing person and an amazing brother."

Zach Munday, a 15-year-old Gibbs student, died back in May.

On Sunday, those who love him left a special kind of mark they hope will make it back to him.

"On the balloon, you can write a little message for Zach and when everybody is ready and we will see if Ol' Zach can see them in heaven," Munday said.

They said the celebration brought them closer to a friend they weren't ready to part with.

"A lot of people didn't get to tell him goodbye," former classmate, Alexus Tate said.

But it also meant they could remember just how special he was.

"He was always excited about this day because he'd be able to drive," Munday said.

Munday's legacy is something his brother said is permanently etched into the hearts of so many people, and if you asked who he was, they'd tell you he was a special kind of guy.

"A kid who no matter who you are, he will always be nice to you, always be a friend to you," Munday said. "The kid who always would bring a smile to everybody's face."

After each message made its way onto a balloon, the balloons made their way to the clouds.

"We can't be with him here but in spirit," Tate said.

Munday said the day was a success because it was filled with messages of love and care on a special day.

"Just to tell him how much I love and miss him and just tell him his brother will never forget him and I hope to see him again in the future," he said.