'This kid’s got my heart': Florida fire medic rallies support to build a wheelchair ramp for boy confined to home

Sean Findley was diagnosed with Alexander’s disease, a rare neurological disorder requiring him to use a wheelchair. 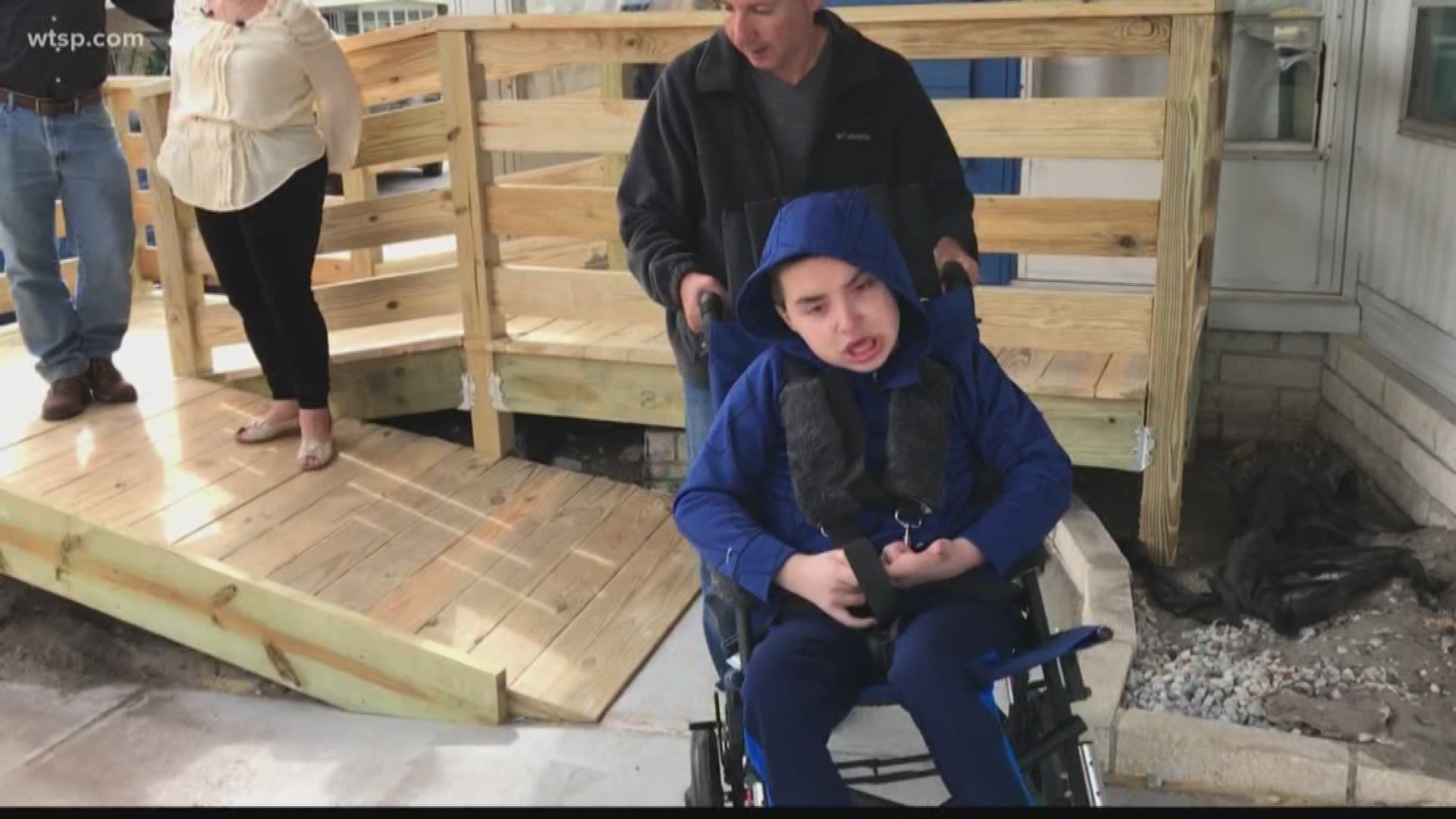 CLEARWATER, Fla. — It has been years since Sean Findley was able to feel the breeze or the sun on his skin, but on Thursday that changed.

Findley was diagnosed at 3-years-old with Alexander’s disease, a rare neurological disorder requiring him to use a wheelchair.

He wasn’t supposed to make it past 5-years-old, he turns 13 this year.

Findley lives with and is cared for by his grandmother. For her grandson to get the care he needs, she would have most of his therapy appointments come to the house due to the difficulty of moving him out of the home without a wheelchair ramp.

This caused him to be confined to the house, until now.

A Clearwater Fire Department fire medic, with a special connection to Findley, led the department, Lowe’s volunteers, an architect and structural engineer, who all donated their time, to alleviate this challenge for Findley and his grandmother.

“Hopefully this teamwork and volunteerism will enable him to lead a little more normal life – to be able to do some of the things we take for granted,” the fire department said in a release.

Fire medic Jerome Mourelatos met Findley back when he was 4-years-old. Over a span of four to five years, Mourelatos would respond to calls to Findley’s home for seizures. But, one day the calls stopped coming and Mourelatos feared the worst until the calls came back.

Over the years the two have formed a special bond, “this kid’s got my heart,” the fire medic said.

Volunteer crews finished up the last of the work on Thursday giving Findley the big reveal.

"This is what pure joy looks like when you have a brand new wheelchair ramp and you're able to make it out of your house easily for the first time in years," the fire department wrote on Twitter. "Sean Findley, you are our hero!"