For Dr. Bill Bass, it's important to have a spouse who tickles your funny bone

He's one of the most famed forensic anthropologists in the world but at home, but Dr. Bill Bass is just "Bill" to wife Carol.

KNOXVILLE, Tenn — In their 20+ years of marriage, Dr. Bill Bass and his wife Carol have found plenty of things to laugh about. It's not every wife who finds a collection of bones on her kitchen table.

"I don't mind hearing about what he does," Carol said. "I  have to make him dress down in the garage after he's been to The Body Farm."

The life-long friends have always been able to make each other laugh. Carol says she knew Dr. Bass would grow up and make something of himself.

"He's always affectionate and kind and considerate," Carol Bass said. "Always funny, it was not hard to be with him. Every day with him is an adventure. Every day."

Growing up, the two would play together in the summer while Dr. Bass would stay with family in Central Virginia.

"Her family and my family owned adjoining farms," said Dr. Bass. "I would go visit there in the summer. Carol's mother was specific who she could play with and I was on the approved list. Two weeks of the year, I'd play with Carol and then go back to Northern Virginia."

"He did not throw dirt clods at me," Carol said. "I remember he was kind, he was nice and considerate and I knew whatever he did would be good because he was smart. I admired him and I respected him."

Each would go on and marry other people. Dr. Bass met his first wife while in the military. Their family moved around the country before coming to the University of Tennessee in Knoxville where he found fame through his work in forensics and at The Body Farm, which he started in 1987. 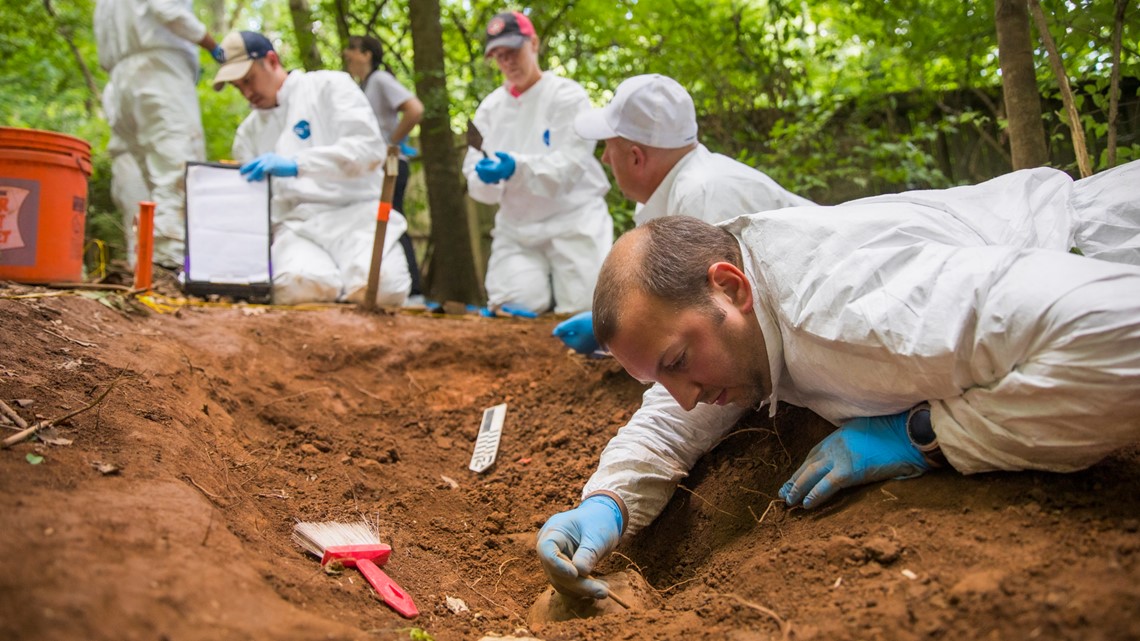 UT Body Farm attracting people worldwide for forensic training
KNOXVILLE, Tenn. - Crime scene investigators from around the world are turning their focus this summer to the Body Farm at the University of Tennessee. 48 law enforcement officers from across the U.S. just left after completing a training course for recovering human remains.

"I was married and had one son, we were in Virginia," Carol said. "The marriage didn't work out."

"I didn't like being alone and knowing Carol all these years, I thought it would be good instead of spending two weeks out of the year, maybe she would spend 52 weeks. It worked out," Dr. Bass said.

When she was a child, Carol Bass was diagnosed with polio. The diagnosis didn't stop her from leading a normal and active life.

"I played with her the day she got polio," Dr. Bass said. "I can remember it when they diagnosed her with polio,  it was Tuesday or Wednesday that my parents came to get me and take me back to northern Virginia. I've often wondered why she got polio and I didn't."

"Polio was about the third of fourth thing in my life that I thought about," Carol said. "I had a lot of medical treatment. I spent 10 years at Warm Springs, Georgia-that's President Roosevelt's foundation for polio. I learned things there that I would have never learned on that farm in Virginia. I got excellent medical care so my young-adult and mid-adult life, I could walk without aid. Now I love to say 'I married Dr. Bass and it put me in a wheelchair'."

Actually, it was post-polio syndrome.

Dr. Bill Bass keeps a full calendar of public appearances. He's an in-demand speaker with legions of fans that hang on every word he says about famous and infamous death investigations. Carol, who travels with him to many of those lectures, recalls one incident where she didn't make a good impression with one fan. 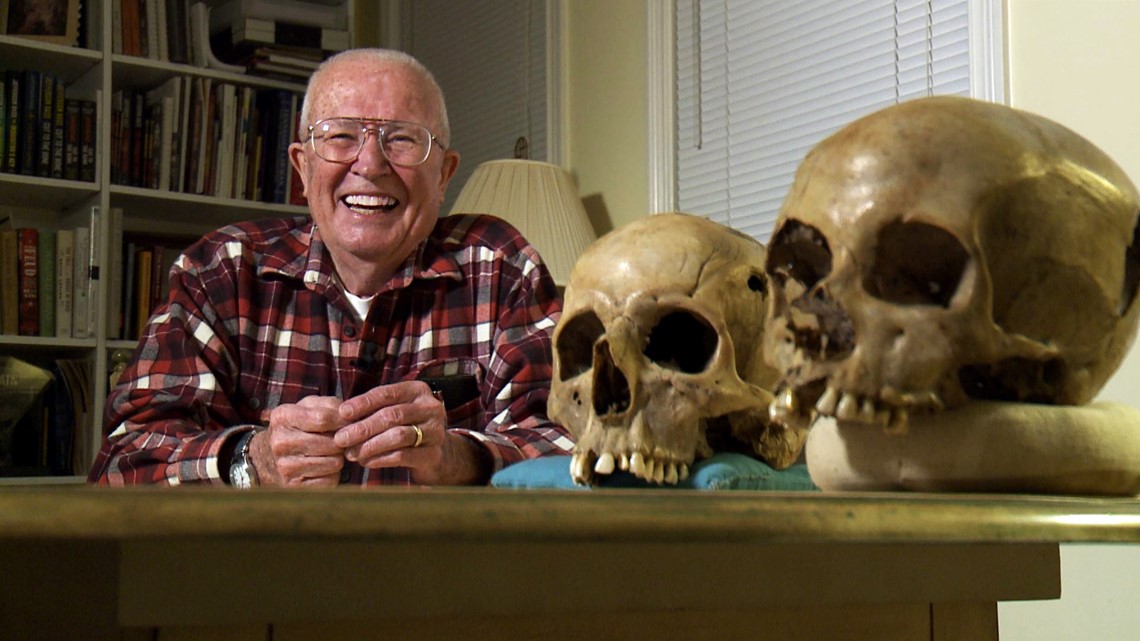 "I was sitting on the back row knitting. Some ladies didn't like it, they scowled at me," Carol said. "They came over to me and said 'how dare you knit while Dr. Bass speaks''. I don't know why I did it but I looked up and said. 'I sleep with Dr. Bass, I'll  do anything I want while he talks. Knitting gets me in trouble."

The couple also enjoys time together at home and visiting with their many friends. They know how to tell stories.

"Over the years that we have been married, I have traveled and met the nicest people," said Carol. "He means a lot to me. He's always jolly, always funny and as you know very smart. He's always fun to talk to. Every day with Bill Bass is an adventure."

An adventure that includes bones. Lots of bones that have been brought to their home.

"She's the wife I love," Dr. Bass said. "If I'm away, I look forward to getting home. We get along. I don't think we've ever had a fight. She may not like what I do, putting bones on her tablecloth."