When the former chief said he couldn’t imagine his life without his wife Sarah, he meant he doesn't know if he would be alive without her. 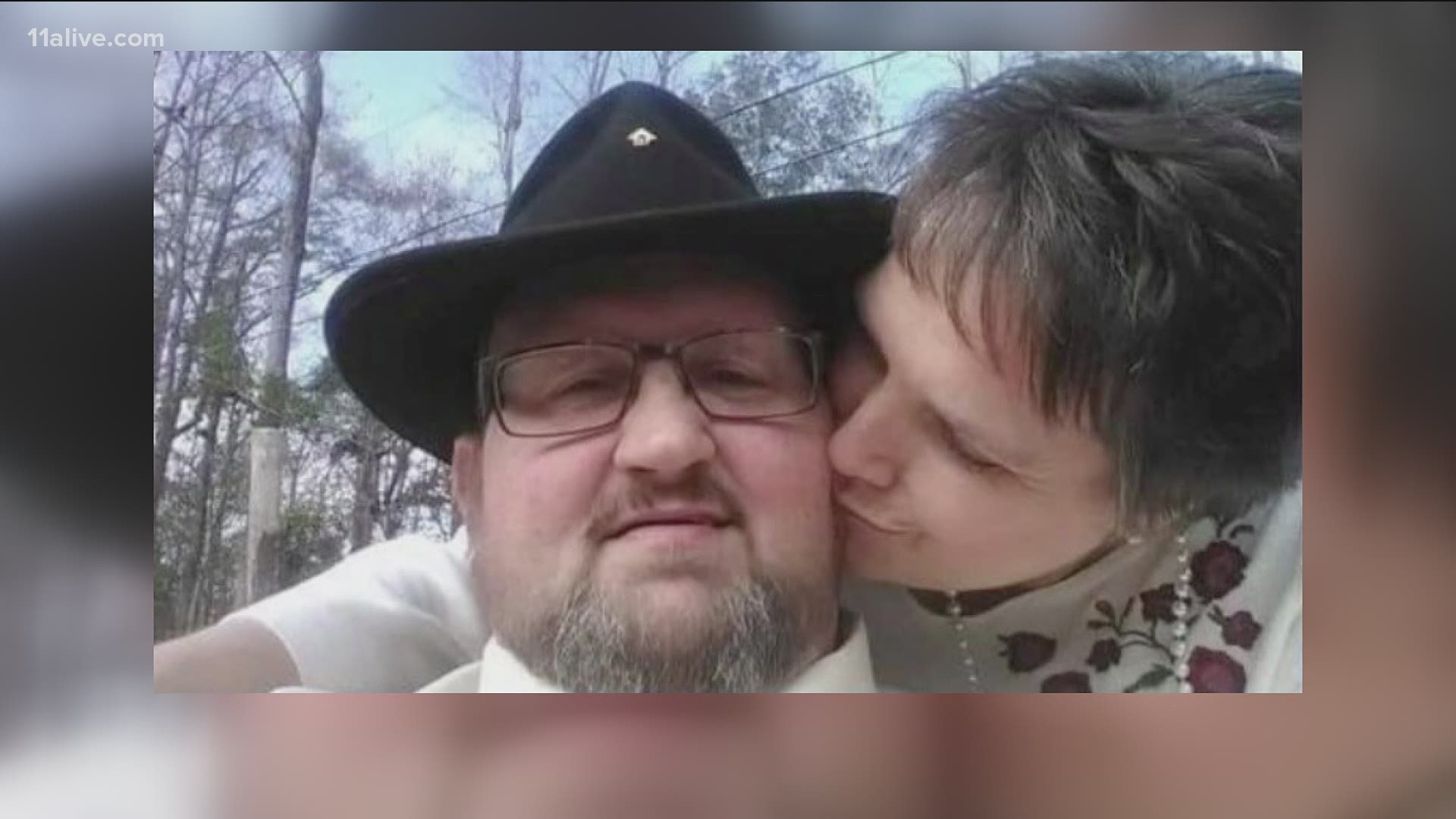 LUMPKIN, Georgia — More than 20 years ago today, a former Lumpkin police chief said, "I do" to wife Sarah.  On April 2, 1999, they had no way know how close they would come to "till death do us part."

For the first time, Jay Stripling recounted the night a wild shootout turned into the ultimate test of love.

“People say this all the time, but that is my soul mate,” he said. “I wouldn't want to imagine life without her. Really, I wouldn't.”

When the former chief said he couldn’t imagine his life without his wife Sarah, he meant he doesn't know if he would be alive without her.

“I was going in and out of consciousness going, ‘I'm going to die right in front of my wife’,” he said.

Sixteen years ago, Stripling was shot in the head responding to a call in the middle of the night. His wife was at home listening to the police scanner as it happened.

“She comes up there and she held pressure to those wounds to keep me from bleeding out,” Stripling said, remembering. “She saw the EMT get shot. At that time, she pulled my pistol out of my holster and laid across my body.”

He believes Sarah kept him alive that night - even if she doesn't like to talk about that.

“You can shake your head all you want to, but I love you, baby,” he said.

Neither one of them likes to be in the spotlight.  During his induction to National Law Enforcement Hall of Fame, Jay put the other responders center stage.

The gunman was killed by police but not before an EMT got hit in the leg, a Stewart County Deputy lost an eye and a neighboring police chief was grazed by a bullet.

“It's been hard. There's things that go on in a man's mind who have seen things and heard things that you can't unsee and unhear,” Stripling said.

The first responders got a lot of attention for a while, but then Jay said everyone moved on.  There was another news story; another police shooting. His injury has gotten worse over the years, his disabilities more complex.

“She has been there for me. She has helped me through my physical disabilities, the mental part, she has supported me and loved me through it all,” he said.

“We enjoy our life. It's a simple life, but we enjoy it. And that's what's important.”

While celebrating their 22nd anniversary together is so special to them, they're also celebrating all of the love they've received from the law enforcement community.  When the non-profit Georgia Law Enforcement found out how much help Jay needed to get around, they stepped in to help.

“I can't believe how blessed I am that this has happened,” he said. “I now can get a wheelchair, I can get a cart to go out on. It's incredible. I never thought anything like that would happen. Never.

He added that the first place he’s going to take his new scooter is to go fishing.