Georgia Deputy uses CPR to save 4 people in separate incidents, but in eerily similar situations

A five-year veteran with the Coweta County Sheriff’s Office used his CPR training to save the lives of four people in just over a year's time. 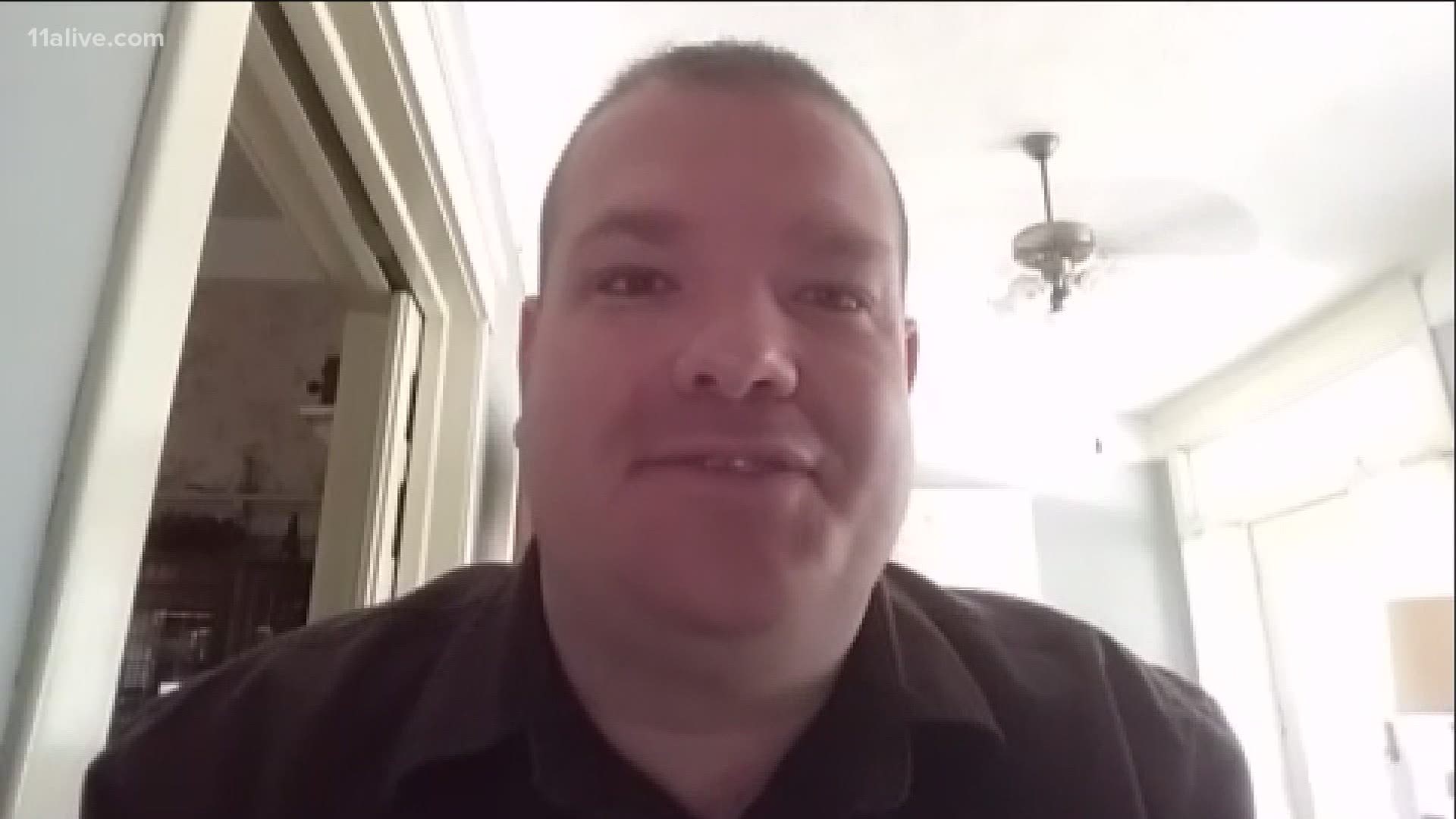 COWETA COUNTY, Ga. — Some people know him as Deputy Stacy Beckom, but four families in Coweta County, know him as a hero.

Beckom, a five-year veteran with the Coweta County Sheriff’s Office, used his CPR training to save the lives of four people in just over a year's time.

The first time was back in April of 2019. Beckom was headed home for his lunch break when he heard a call that isn’t too unusual for where he patrols.

“That night was one of the highlights of night shift in a rural area. Cows had gotten out and were in the roadway,” the deputy joked.

Along with Deputy Charlie Hall, Beckom summoned his neighbor, Ned Chambless, to let him know his cows were in the middle of Highway 54. It was 1:30 in the morning, so a sleepy Ned headed to round up his cows.

But after, as Ned headed back to his vehicle, everything changed.

“I had fell over in the ditch, dead; had a heart attack” Ned recalled. “Of course, Stacy thank goodness was there.”

“CPR was able to be administered immediately,” said Beckom, who performed the lifesaving technique on Ned until EMS arrived.

Ed’s wife of 51 years, Jane later made it to the hospital and learned the severity of her husband’s diagnosis.”

“He actually died three times before they got him to the hospital,” Jane said. “The doctor said I just want you to know that whoever did the CPR on your husband did an absolute excellent job and they saved his life.”

During his career, Beckom opted to go beyond his initial CPR training and take additional classes to help improve his skills. He’s grateful not only he was in the right place at the right time, but that Ned collapsed in front of him.

“Who knows. If we hadn’t called him that night to wake him up and get those cows, who knows he could have passed away in his sleep,” the deputy said. “We were rounding up cows, which we had to do several times and all of sudden it’s a life-saving situation.”

But, it wouldn’t be the last time Beckom was close by when someone needed him.

The deputy said, "That was the first one in the serious of four that have been eerily coincidental.”

Since Ned, Beckom responded to three more calls for cardiac arrest, all in locations where he was close and available.

The next time, Beckom was at a nearby business when a call went out for help for a woman who was unresponsive. When Beckom arrived, her husband and son were trying to revive her. The deputy jumped into action with his CPR methods.

The third time happened near a gas station where he was; again, a man in cardiac arrest who Beckom managed to help.

The fourth and most recent time happened on July 11th, when he happened to scan an EMS radio channel and overheard a call.

“I heard the cardiac arrest call go out over EMS and realized wow, that’s right around the corner from me.”

Beckom arrived to find the man unresponsive. With the help of the man’s daughter, Beckom performed CPR on him for 10 minutes until EMS arrived.

“His daughter was actually helping me out because I was trying to relay information to 911 for EMS, but having both my hands tied up, she was keying up my radio so I could talk,” said the deputy.

Beckom received three accommodations for his lifesaving efforts. But, he can’t help but think it’s more than a coincidence.

Not only that, Beckom said it’s rare that all four people he helped survived.

“A lot of situations that involve CPR, there are many of them that don’t have successful outcomes.”

Ned and Jane are beyond grateful for the successful outcomes. Ned said when he finally met Beckom after he recovered, he was in awe that the deputy told him he was sorry.

Beckom said the four experiences were humbling and said saving lives is one of the reasons he got into law enforcement.

“We’re here to help, we’re here to make things better. We’re here for what you need,” he said. “They get more memories and get to have more time with their loved ones.”

Beckom later joked that his neighbors tease him, saying they don’t know If they want him close by but are happy he’s around - just in case.

'He is my family’s angel': Mom grateful deputy helped save her baby boy who was choking