Blount County Habitat for Humanity dedicated one of the homes to a single mother and her three children. 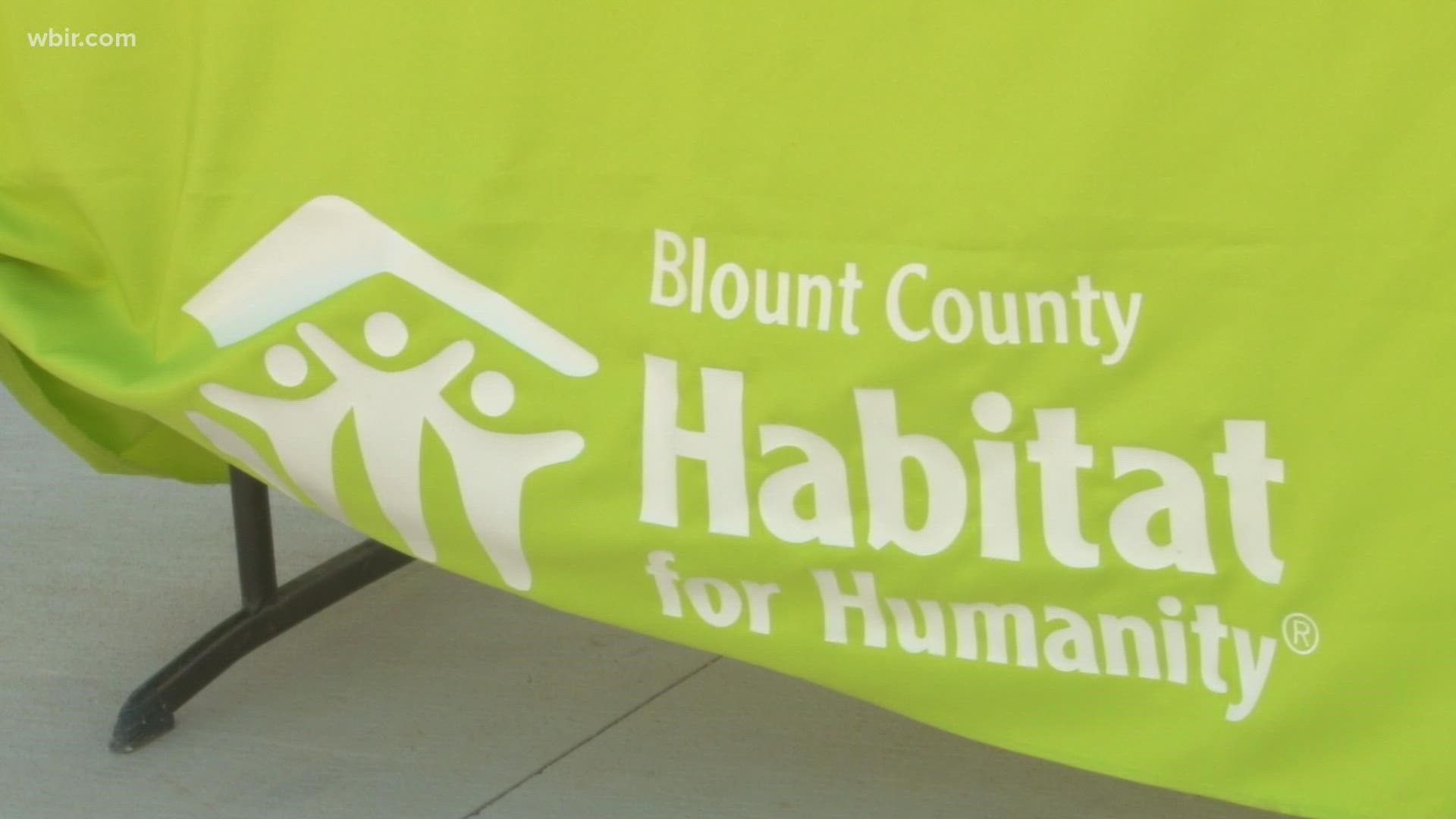 ALCOA, Tenn. — Blount County Habitat for Humanity is welcoming two families into their new homes in Alcoa. Volunteers and the families helped build them on East Bell Street.

Among family and friends, single mother of three Julia Hendrix kicked off the start to a bright new future.

"There are so many words. I'm Excited," Hendrix said. "We had to go through so much to get here.”

Each homeowner must put in volunteer hours, called "sweat equity." Hendrix worked on her own home and the homes of others. She was also required to take finance classes in the months leading up to her home dedication. This is Habitat for Humanity’s way of helping people buy and keep a home.

It’s a long process that Hendrix said was a lot of work, but well worth the outcome.

"Budgeting and saving and dedication and patience. Lots of patience and prayer," she said.

Development Director Mona Nair said it was fulfilling to be able to help provide the opportunity for people to become homeowners.

"We're making something accessible to them, where a family that before could never even dream of owning a home can say, 'oh my gosh we're homeowners,' and that changes the trajectory of an entire family," Nair said.

Habitat for Humanity makes the dream of homeownership come true with the support of volunteers and donors like Mike Johnson. He said he decided to help build the home after his mother passed away around two years ago. She asked her family to give back to the community in her will.

He and his sister decided this would be the best way to do that.

"And we got the Hendrix family and they're just beautiful people. My mother would just be so happy to see the joy that they have in their new home," he said.

Julia’s young daughter, Ariah, is already thinking about how she'll decorate a room of her very own.

"Hearts and love," she said, and a little pink and yellow to go with it.

One of their goals is to build 20 houses in that Alcoa neighborhood. If you are interested in helping you can check out their website here.