When a Sevierville man got a DNA test for Christmas years ago, he never thought it would lead him to find a missing family member. 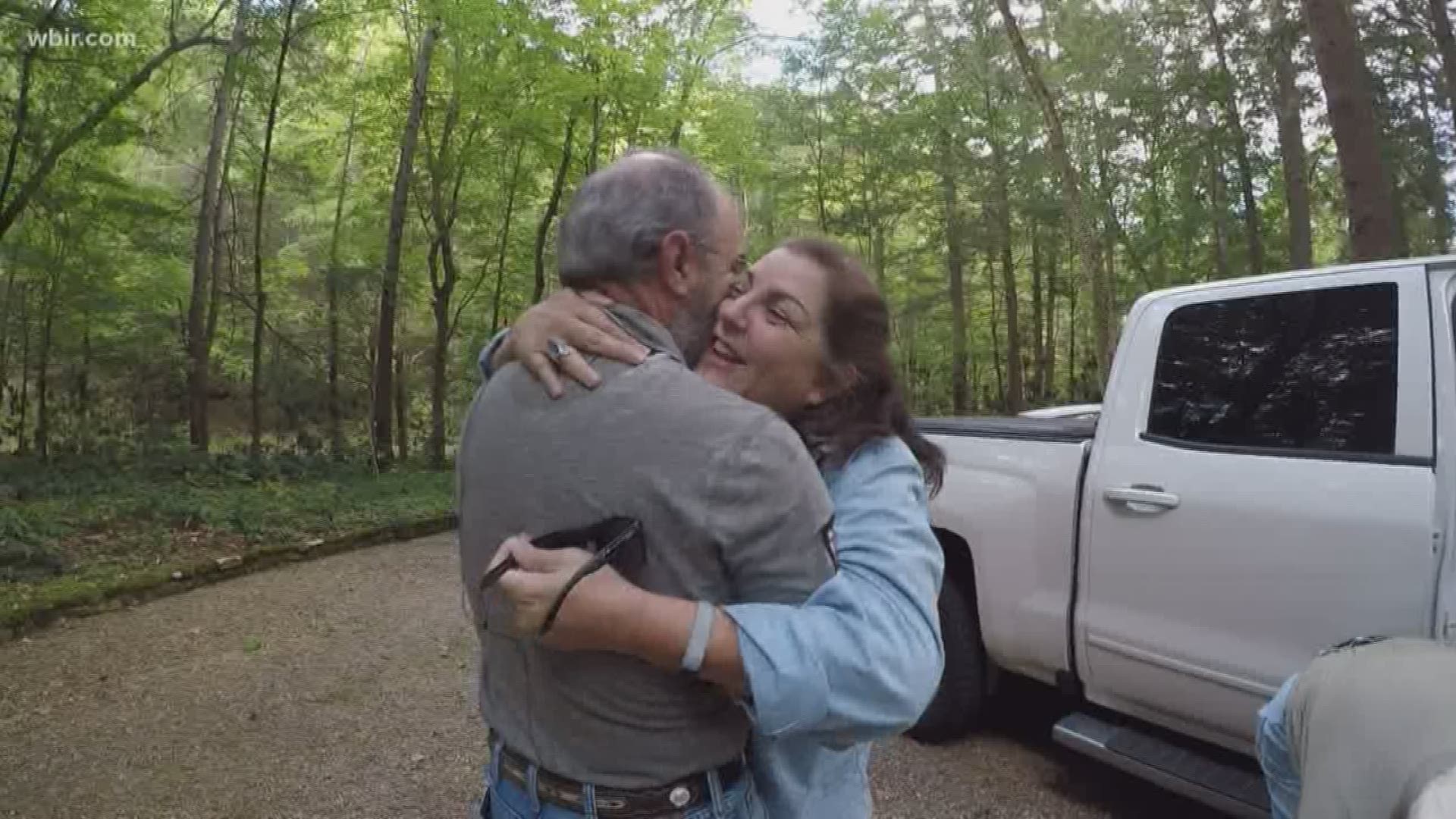 SEVIERVILLE, Tenn. — DNA tests have the powerful ability to reveal information about a family tree. When one Sevierville man got one for Christmas years ago, he never thought it would lead him to find a missing family member.

The man, Perry Bonck, is now thanking that gift for giving him more than just background information about his family dating back hundreds of years, it opened the door to find his half sister who was also trying to find him.

Bonck took a DNA test expecting to find information about his ancestors.

"I've always been interested in my family history," he said.

But when he got a message on Facebook years later, he never thought it would lead to him waiting in his driveway to meet a half sister he never knew he had.

Bonck and his half sister, Susan Baroni, reunited after nearly 60 years Wednesday night.

Baroni was put up for adoption after she was born and waited to find her birth parents until later in life.

Living in Louisiana, she gave it another shot eight years later and the pieces quickly came together.

"The DNA test she did 100% matched to me either as a step brother or a cousin," said Bonck.

Baroni's history was lost when her mother, Angie, didn't tell the father, Robert Bonck, of the pregnancy. Robert later went on to have other children, including Perry. Angie passed in the 90s.

"No words," said Robert about the reunion. He previously met Baroni for the first time in August.

All three reunited for the first time in Sevierville on their dad's 84th birthday.

"It's been very emotional. Sometimes I sit there, think about it and start crying," said Baroni. "As you grow older you want to know. You don't want to hurt anybody, but want to know where you come from."

It's a whole new chapter with new memories as their lives have finally connected after so many years.