One year ago Zach Munday was pronounced dead. But his friends and family haven't forgotten his light, his love or his legacy. 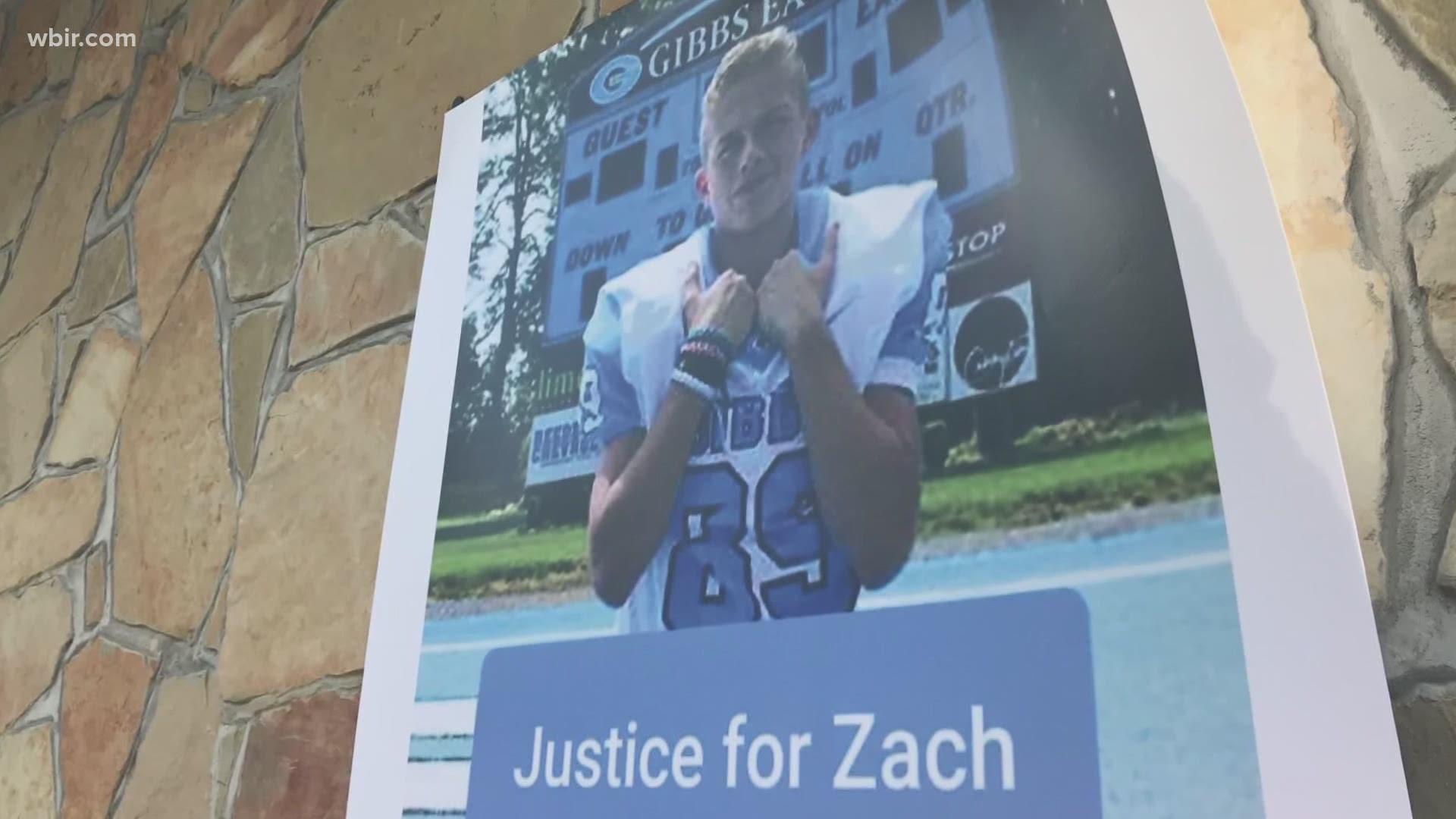 The 15-year old Gibbs High School student died after being slammed to the ground at a party. Three of his classmates would later plead guilty in his death.

RELATED: Judge denies request for house arrest instead of jail time for woman convicted for role in Zach Munday's death

Not long after his death his family and friends would bring in his 16th birthday, something he looked forward to.

"He was always excited to drive even when he wasn't allowed to," Tate said.

They honored him by writing words of love on balloons and shared what his loss meant to them.

"You can't hug him and you can't tell him happy birthday," Tate added.

But a year later his light still radiates in the people he loved.

"The parts I remember most are definitely his smile and how funny he was and how goofy he always was and that's something I'll always remember," she said.

His memory led his family to launch Zach Around the World, a movement they said allows for his memory to live on all over the world in honor of a 15-year-old's dream to travel.

RELATED: 'He was taken away from us way too early' | Family and friends make sure Zach Munday's memory lives on

"He was a free spirit, he wanted to go places and meet new people," Tate said.

Twelve months later the memory of the Gibbs High School student lives on, in pictures, in ink, in 4 letters and in the hearts of every single person who knew who he was.

"I like having the tattoo because a lot of people ask what it means to you and what it represents and when they ask me I want to be able to tell them who we was as a person," Tate said.

Though Zach is no longer here those who love him the most found a way to once again bring the light to him by lighting lanterns and watching as they illuminated the sky.

"I want people to feel like their message is getting to him, so obviously they can't go that far but it's a way for you to write your feelings and send them," Tate said.