If you smile when roses come to see you, check out what Kanye left after his concert for an East Tennessee charity. 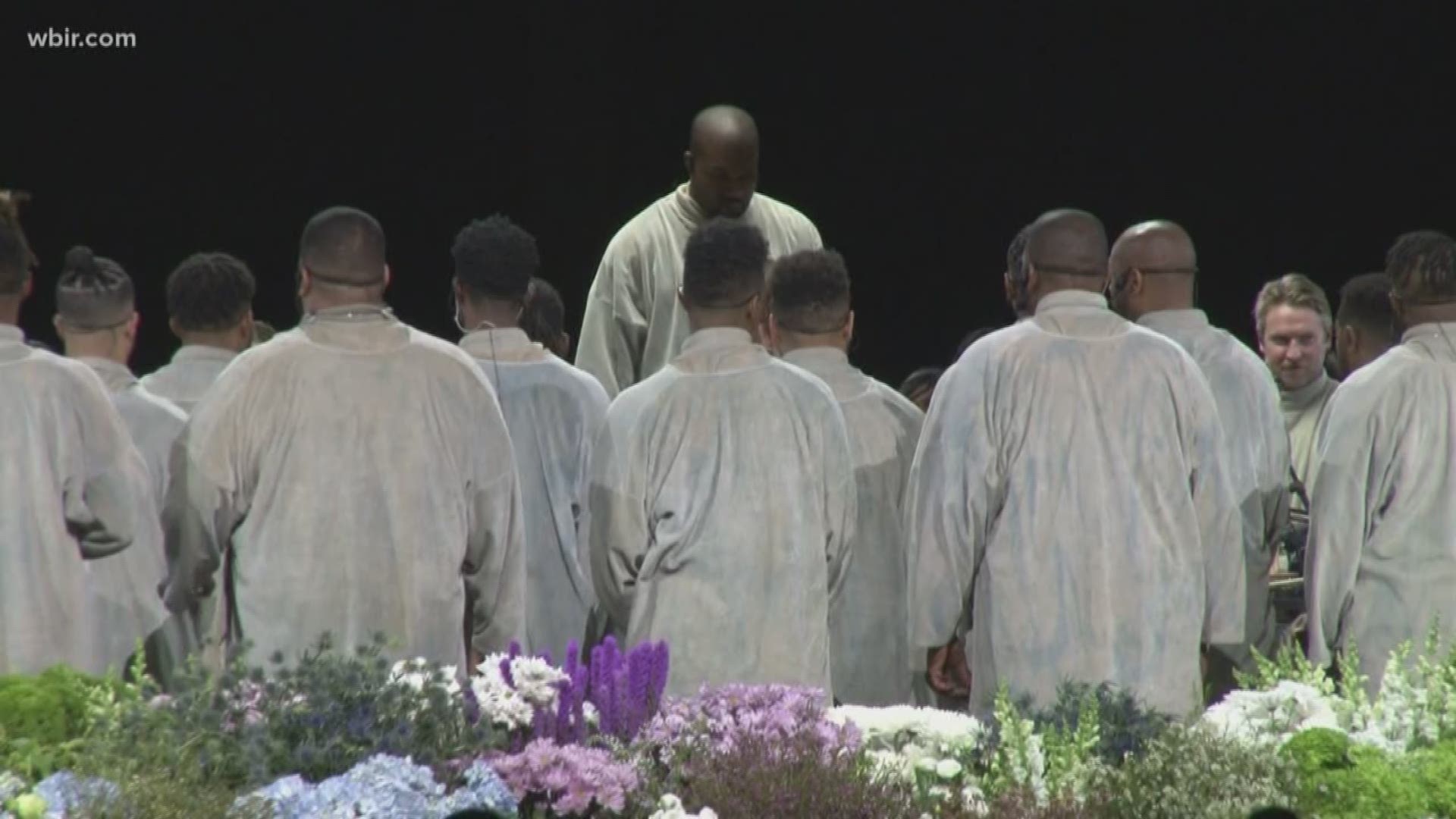 KNOXVILLE, Tenn. — Whatever Kanye West does, he does it big.

From the hits, to live concerts, to marriage, politics, church... and flowers? Yes, as in bouquets. No, he's not becoming a florist, but he did give a flowers-based charity in Knoxville a sizable boost.

After a weekend in Pigeon Forge at a Christian youth conference, West said farewell to thousands of fans and just about as many flowers used on the lavish set in the church building. It was big business for Flowers of Gatlinburg, who catered the event. But rather than throw all the still-fresh bouquets in the trash, the florist got on the phone with a charity in Knoxville: Random Acts of Flowers.

"This is a special week at Random Acts of Flowers because not only did we get all the regular flowers, we got a special delivery from Pigeon Forge from Kanye West," said founder Larsen Jay. "We got a call from Haley Bieniek from Flowers of Gatlinburg... and they had a ton of flowers!"

Jay said that's when volunteers from all over came together to pack up the petals. They loaded six SUVs to bring back to Knoxville - which Jay estimated was only about a fifth of the flowers available from the church.

While the big give required a big effort from a lot of volunteer hands and hearts, Jay passes the praise back up the daisy chain to the star power that put it all in the headlines.

But from the donations to the youth conference itself, West didn't exhibit his previously characteristic demand of the spotlight. He emphasized a new message of not living for himself, but giving glory to God. The singer and rapper even went as far as designing the performance's choreography to take the focus off himself.

The church visit in Pigeon Forge was just the latest stop in a tour of Sunday services, as West takes a sharp turn away from pop into gospel music. You won't find Kanye shows listed on Ticketmaster or StubHub, but he's organizing with pastors across the country, joining worship services and talking about faith.