A 9-year-old girl and 7-year-old boy wanted to find a way to help their favorite Knoxville restaurants stay open while also helping those on the front lines. 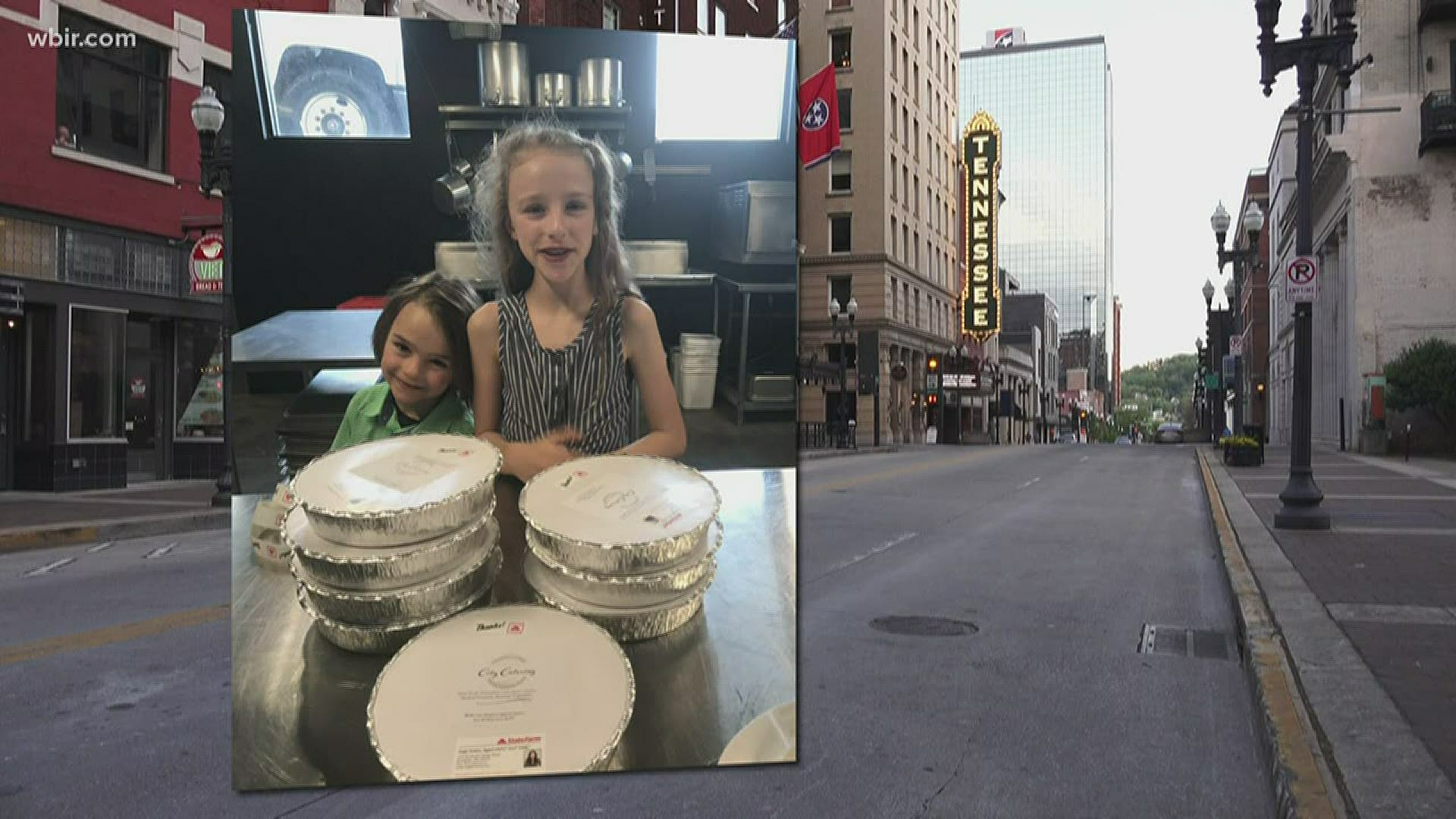 KNOXVILLE, Tenn. — A nonprofit started by a Knoxville 9 and 7-year-old is feeding front line workers with food from local restaurants, giving back to both sides of the community affected by the pandemic.

"Project Be Kind" started when Mary Kathryn Kennard and her kids, 9-year-old Kathryn and 7-year-old Fritz, came back from a spring break camping trip to an empty Knoxville.

"We had no cell phone coverage, no internet, and when you're the only adult with them, you can't check your cell phone in the car, so we had no news," Kennard explained.

They noticed the barren restaurants and desolate Market Square right off the bat.

Thus, the nonprofit "Project Be Kind" was born.

"It's Knoxville taking care of Knoxville," Kennard said. "I mean, we are strong and we are really kind."

RELATED: What Market Square businesses are open and ready to serve the public?

They figured if they could fundraise enough money, they could buy meals from local restaurants affected by the shutdown and deliver them to those who need it most.

Firefighters, sheriffs deputies, police officers, KAT's bus drivers, mechanics, the health department and healthcare workers are among the many who have already received meals.

Local restaurants Oliver Royale, Not Watson's, Yassin's Falafel House and Cafe 4 were among the first to join in. Since more have joined in and donors keep providing money.

"No matter what's going on, Knoxville is taking care of Knoxville," Kennard admitted. "Everyone in the community is pitching in and trying and working really hard to keep everyone going."

RELATED: 'We thought coffee could help' | Middle school students use coffee to bring Knoxville together

Team Be Kind will feed 25 people in a day, and they want to continue the nonprofit's help beyond the pandemic.

"Because there's gonna be another round of fires, another flooding event, or tornadoes where small businesses are going to need cash flow again," Kennard said.

A big idea from two of the city's smallest locals.

"Knoxville is strong and we are here and we're gonna keep being kind to one another," Kennard nodded.

You can donate to "Project Be Kind" or help connect restaurants and first responders with food by visiting the website projectbekind.com