Water was overflowing from a ditch and pulled a woman's car off the road. Luckily, the fire department was there to help her. 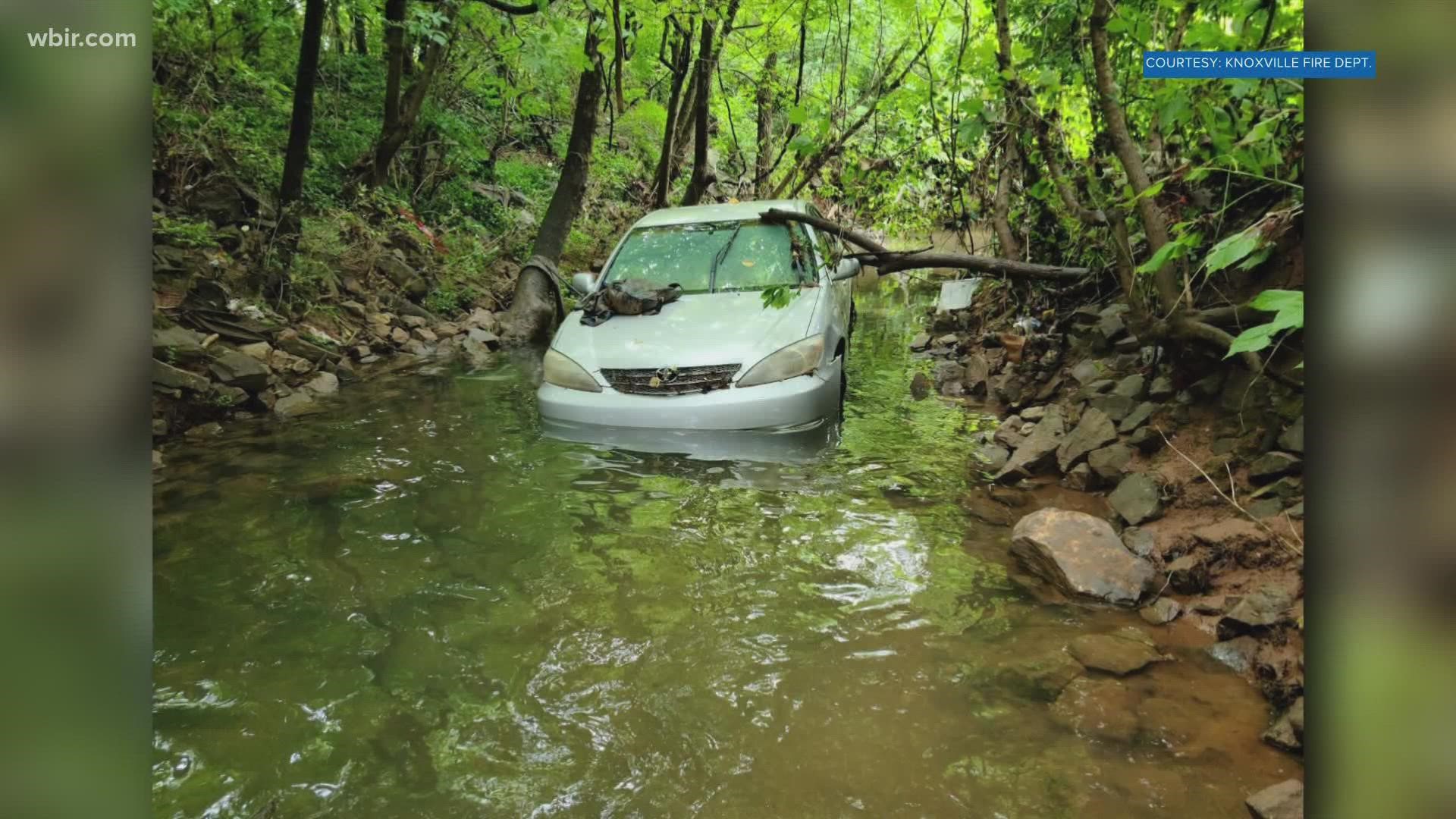 KNOXVILLE, Tenn. — The Knoxville Fire Department saved a woman during Thursday's downpour, pulling her out of floodwaters that reached 9 feet deep.

Officials said that the woman was turning into a bookstore on Papermill drive when her car was swept sideways by the water. It was overflowing from a ditch near the store, and the car hit a telephone pole as it was brushed away.

However, she managed to jump out and started treading water while hoping to be rescued.

"Today, she was telling us that she saw our lights and knew that she just had to hold on just a little bit longer," said Justin Engle, the master firefighter. "Someone was coming to help. And so we were able to get in there and she was able to hold on long enough that we could get a hold of her and get her to safety."

Firefighters later met with the woman on Friday, after the rains had settled, and she said she was grateful to them.